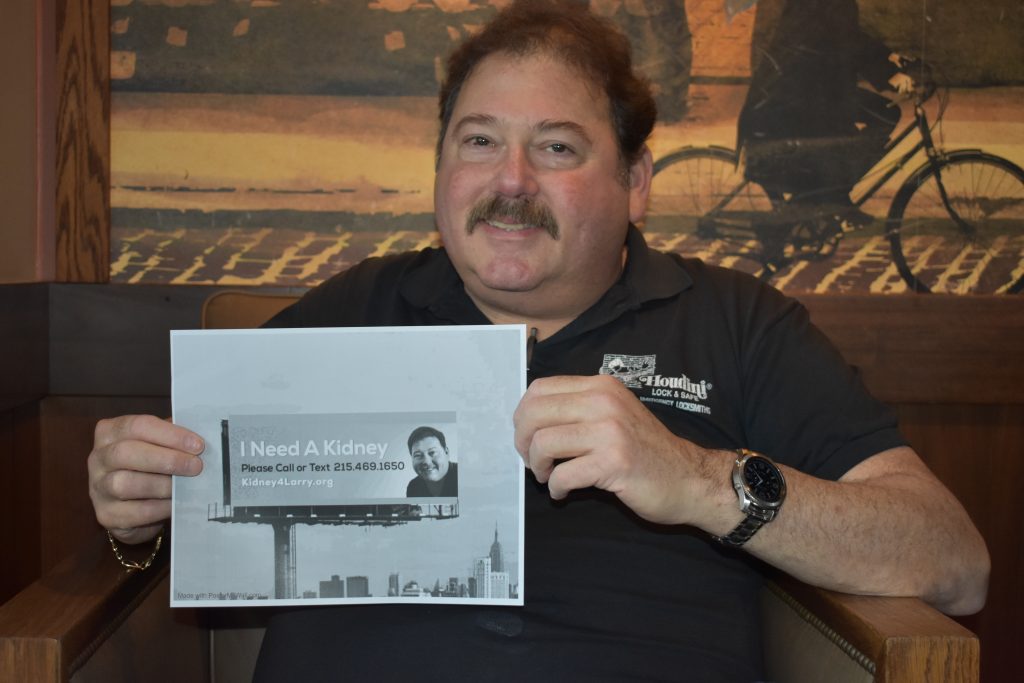 Larry Schwalb always wanted to see his name in lights, but never imagined it would be like this.

The 58-year-old Northeast Philadelphia native has reserved timed slots on electronic billboards across Philadelphia and the surrounding area to spread the message that he is looking for a kidney donor. After an operation that seemed like a surefire success fell through at the last minute, Schwalb is using every resource he has to spread his message.

“There’s just more to do,” Schwalb said, simply. When someone loves his family, customers and community as much as he does, the only thing to do is to find a way to keep living that life, he said.

Schwalb was diagnosed with Type 1 diabetes when he was just 5 years old attending Rhawnhurst Elementary School. He graduated from Northeast High School and Temple University, paying his way through school by picking his way out of a straitjacket as a magician. He had a career as a magician and radio personality for a few years after school before transferring his lockpicking skills to Houdini Lock & Safe Company, where he currently works.

His Type 1 diabetes resulted in chronic kidney disease, which is the gradual loss of kidney function where the organs can’t filter blood like they should. When the disease reaches an advanced stage, your body has trouble excreting dangerous levels of electrolytes and waste.

As an entertainer, Schwalb was used to being on stage and putting his name out there. It’s that experience that’s given him the courage to step up and spread his story.

“It takes a deep courage to stand up, put a flier on a board and talk to people about your problem,” he said. 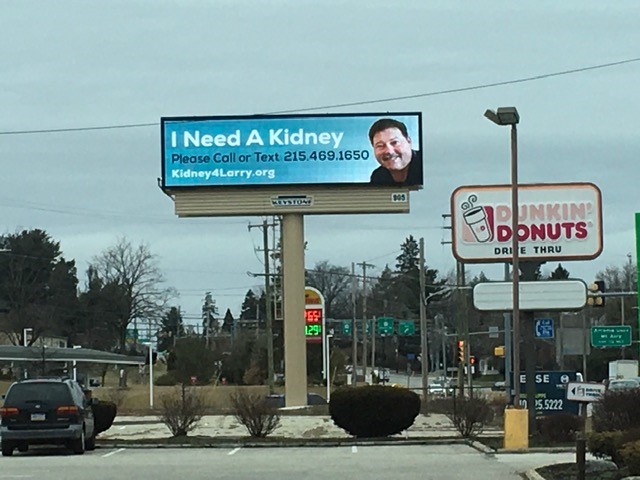 As part of his mission, Schwalb has created multiple social media pages to spread the word about becoming a kidney donor, not just for him. The average wait time for a kidney transplant could be three to five years, according to the National Kidney Foundation, though that varies depending on geographical location. Schwalb said his wait could take up to seven years.

If he doesn’t find a living match, Schwalb said he’ll have no choice but to relocate to elsewhere in the country like Texas or Iowa, where waiting times are statistically shorter.

“Sadly, my time is coming to the end as far as what’s coming next,” he said.

Doctors are asking him which type of dialysis he would want to start using, an option Schwalb is trying to avoid.

Schwalb’s fiancée, Patty Trott, 56, was found to be a perfect match and they had a transplant operation scheduled for last December, the week of Schwalb’s birthday. Arrangements had been made at his workplace, and his twin 14-year-old grandsons were prepared to help take care of them during a break from school.

That’s when Schwalb resorted to spreading his message in any way he could, creating websites, social media platforms and paper fliers that he’s been hanging all over the area.

Through mutual connections, he was connected with Ivy Creative and Keystone Billboard Company, which created artwork and displays his message on five LED billboards, including on I-95 and Route 676. They didn’t charge Schwalb a dime.

As his online presence grew, Schwalb’s “champions” have begun spreading the message all over the country. Magicians in Las Vegas have helped spread his story over there, and a woman Schwalb never met from Chicago offered to proofread and send his messages.

Once he finds his match, Schwalb plans to use his platform to continue shedding the spotlight on others in need.

“There are so many tragedies around us every day. I’m just trying to pull my life away from being a tragedy,” he said. 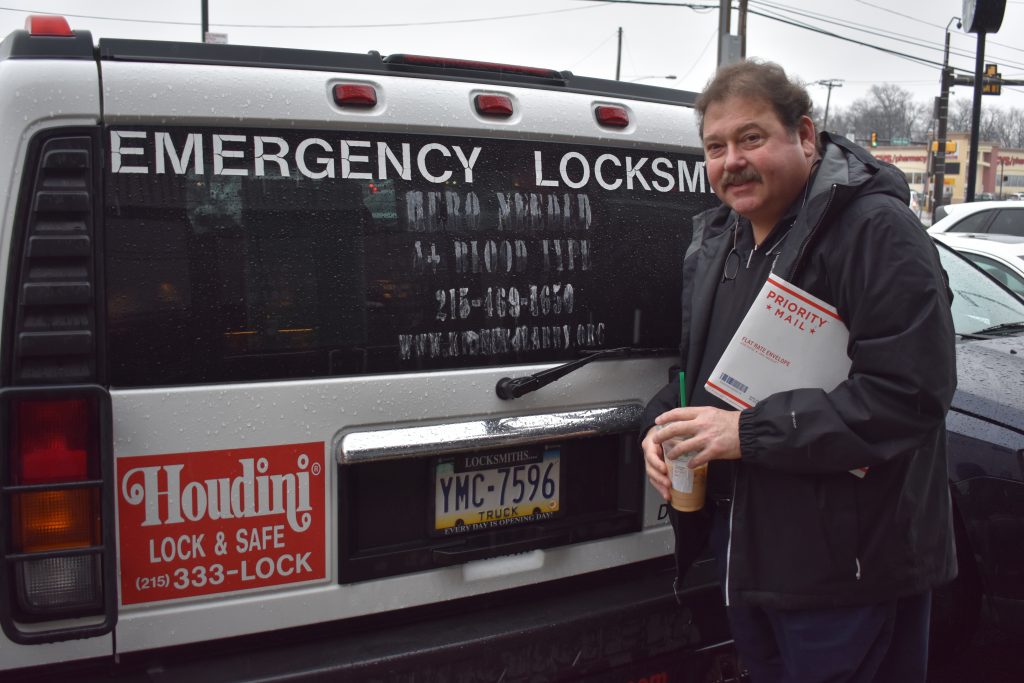