Hayley Bytof, who goes to St. Hubert Catholic High School for Girls, and Jeffrey Gonsiewski, a student at the Arts Academy at Benjamin Rush, were the first beneficiaries of the $1 million scholarship program.

UHCA, in conjunction with Holy Family, plans to award two full scholarships a year for the next decade. The students will be from Upper Holmesburg or connected to nearby civic associations.

“That’s a million-dollar commitment going back to the community,” Sixth District Councilman Bobby Henon said. “That is basically unheard of.”

Tom Geisler, an UHCA board member, said the group has been working on the scholarship program for at least four years, and it finally started to come together in December.

Gonsiewski, of Upper Holmesburg, graduated from St. Dominic School and his family is actively involved in the parish.

“I’m still in awe about how lucky I am to be awarded a full scholarship,” said Gonsiewski, who plays baseball at Rush. “It still hasn’t fully hit me yet.” 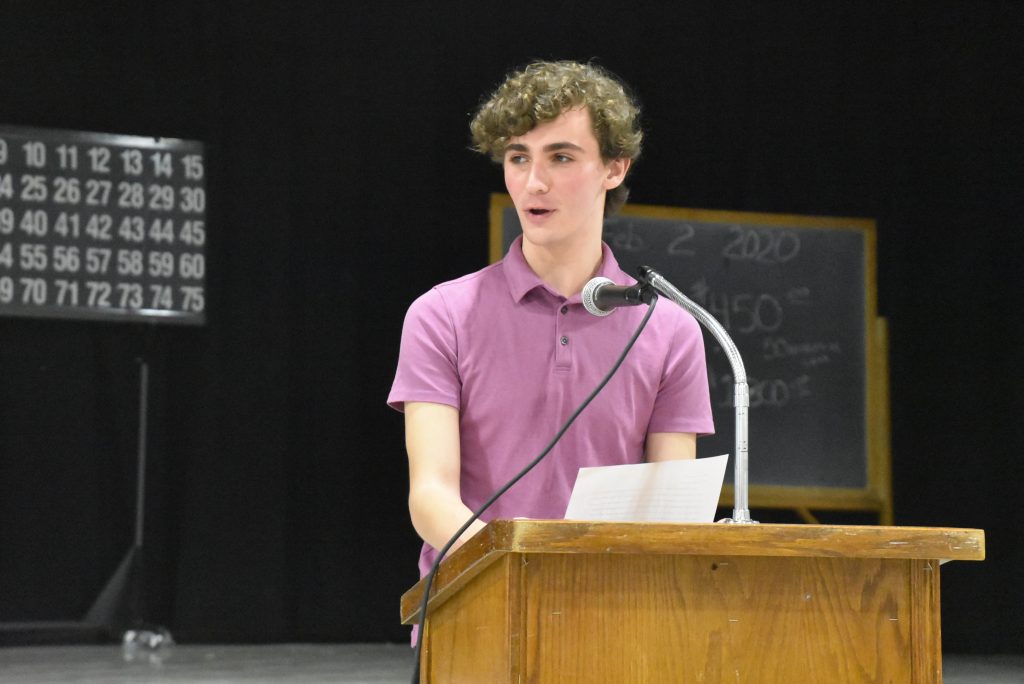 Bytof lives in Port Richmond, and her family helped establish Friends of Campbell Square. They are also involved in the Port Richmond on Patrol and Civic Association, also known as PROPAC.

Henon said the scholarship program shows the impact CBAs can have on a neighborhood.

He credited UHCA, Holy Family and NewCourtland, which is developing senior housing at the Liddonfield site, for working together through a “long and intense dialogue” on the future of the property.

It’s been nearly 10 years since the Philadelphia Housing Authority development was demolished.

“This community group worked so diligently with the developer,” Henon told residents. “Your hard work, your frustrations do come to a very good result and outcome.”

NewCourtland and Holy Family are working together to build senior housing and athletic fields on the site, which generally runs from Megargee to Tolbut streets between Cottage Street and Torresdale Avenue.

A Living Independently For Elders (LIFE) Center, which will offer programs and services to residents 55 and older, is expected to open in April, NewCourtland representatives said in November.

In addition, the agency is building 200 affordable housing units for seniors, and, as part of the CBA, local seniors will be given priority.

Holy Family’s softball field will also be located at the site. However, a planned turf soccer field for the college was scrapped due to stormwater management issues. It’s still unclear what will happen on the area reserved for the field. ••