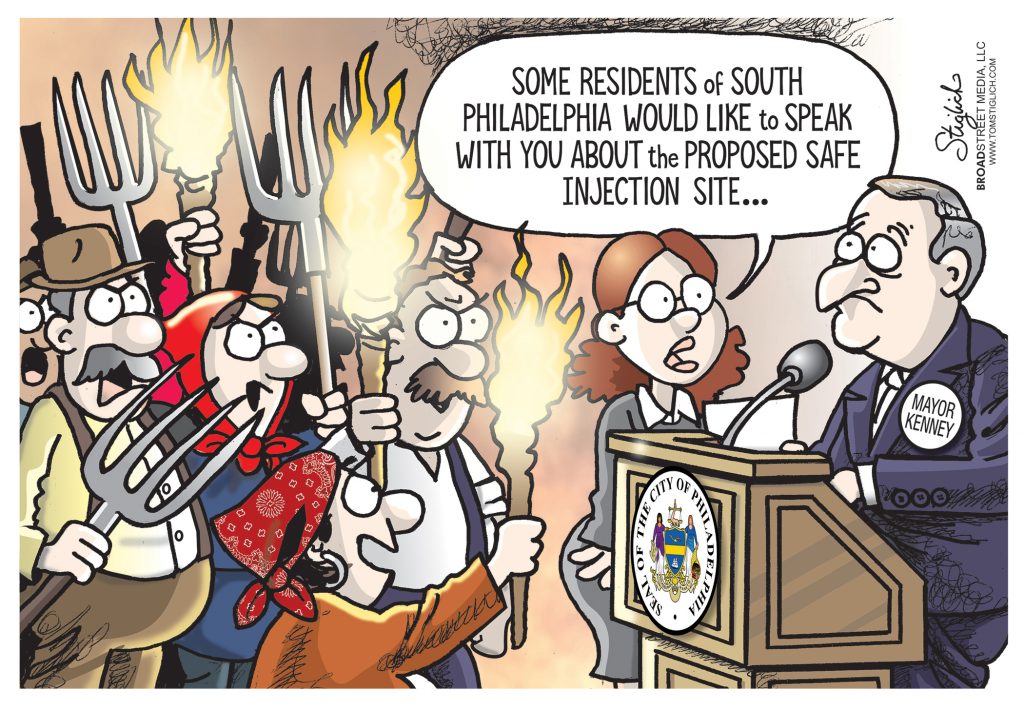 Speak up for unborn babies

As we live in an era when human life is so devalued – so much so that one of our state representatives went so far to state that early miscarriages are “just some mess on a napkin” or as Alabama state Rep. John Rogers said, concerning children: “Some kids are unwanted. So you kill them now or you kill them later.”

How can we continue to be complacent with the fact that killing or harming an animal is a crime but killing an unborn child is a “choice”?

We have a responsibility to speak up for those who cannot speak for themselves.

We also have a responsibility to reach out to help the mother who is “with child” and her child.

As William Wilberforce said, “You may choose to look the other way but you can never again say you did not know.”

Now that Kenney is back in town and finished endorsing one of his “give it away” progressives, Elizabeth Warren, maybe he will do something about the murder and mayhem that he and his progressive buddy, Krasner, have created. I hope he can accomplish some kind of law and order before he leaves on his next junket.

Addicts should get off their butts

Finally, Mayor Kenney made his New Year’s resolution to rid the city streets of crime and litter. Maybe he believes his new street-sweeping program is the magic potion needed to finally clean up our city. What a waste of money.

Instead of providing a BYOH (bring your own heroin) haven for addicts to lounge around and shoot up, why not give them jobs by getting them off their butts and be productive by going out and picking up the litter.

This way, it will give them self-esteem, and after they are done, then Kenney can give them a congratulatory shot-in-the-arm for a job well done.

Supposedly, in Canada, they have these safe haven sites for heroin users.

There are several U.S. cities watching to see what happens in Philadelphia with its attempt to set up one of these sites.

Why does Philadelphia have to be the guinea pig for the rest of the country?

Philadelphians should be working on getting rid of DA Krazy Krasner and properly prosecuting criminals instead.

No bang for our buck

Are you feeling any pain as you pay your inflated property taxes?

Do you cringe over new speed cameras– that will exist mainly for revenue?

You should know City Controller Rebecca Rhynhart has stated that city spending has already gone up nearly $1 billion a year under Mayor Kenney and City Council.

Where has that money gone? Is anyone accountable?

NE Philly has one-third of the city’s population. Have you seen any of that billion spent up here?

Common sense would tell you that with all the new warehouses, rental units, poverty and ethnicity, we need an infusion of city services, mediation and community resources just to help deal with the changes.

Look, too, at the condition of our Northeast schools, libraries and police and fire stations.

Where are the arts and cultural events? We don’t even have a decent bookstore.

It seems the focus continues to be on pampered Center City. Go there for a fancy restaurant or show? How many of us have the extra $20 dollars just to park there?

Since we have had such a mild winter, I would propose that city leaders rebate budgeted snow removal money back to our community in services.

Ha! Fat chance. Our leaders know the Northeast is just a cow to be milked for tax dollars.

Are we too busy chewing the grass to care?