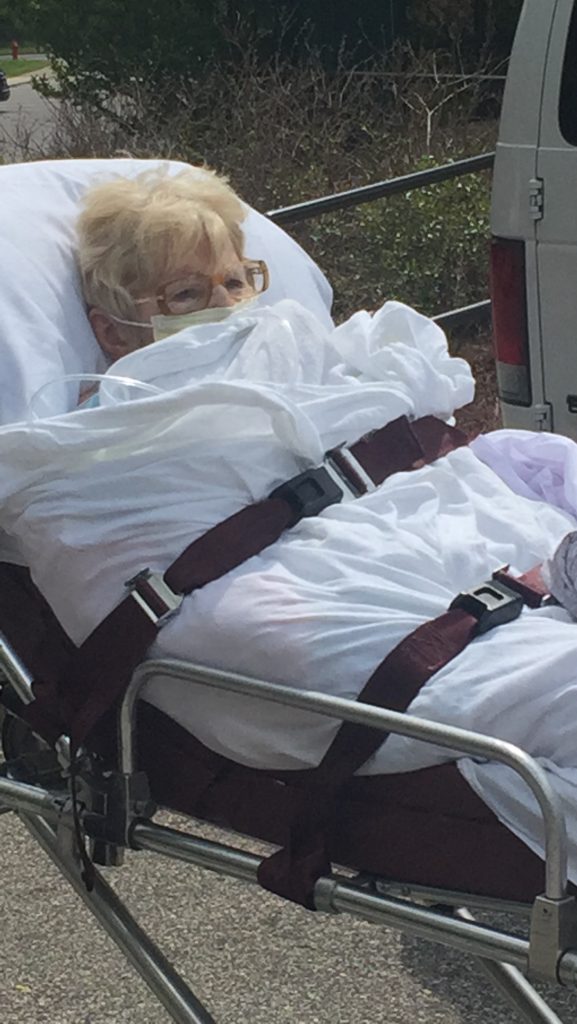 Fox Chase resident Jeannie Connor enjoyed taking care of her grandmother, Rita Crognale, three days a week at Lafayette Redeemer nursing home. So, when Crognale, 98, was taken into Holy Redeemer Hospital for treatment of both COVID-19 and pneumonia, it was a scary adjustment to make.

“The hardest part was being away from her,” Connor said.

Crognale is a mother to four, grandmother to six and great-grandmother to two, with a third great-grandchild on the way. She lived a healthy life, dabbling with alternate medicine such as taking one tablespoon of olive oil a day, and this wasn’t how the family wanted it to end.

“We knew she lived her life but we thought if she would die from COVID-19 it would be heartbreaking,” Connor said.

The family wasn’t allowed to be in physical contact with her, and there would be restrictions on the funeral while social gatherings are banned.

Her time at the hospital was marked with ups and downs. On April 3, a doctor asked the family for permission to put her on hospice.

But in the days following, her health rebounded. She continued experiencing minor ups and downs, but her health bounced back dramatically.

Enough so that, on April 16, Crognale was discharged from the hospital and taken back home to Lafayette Redeemer after 17 days in the hospital. She is still on oxygen, but the worst is over with, Connor said.

“She is winning the battle,” Connor said.

Crognale is from South Philadelphia, moving to North Philly then to the Northeast for most of her life. She lived healthily, only ever having to watch her blood pressure.

During her life, she worked at Grants department store and was a homemaker for four girls.

The family unfortunately hasn’t been able to visit Crognale since she got home because nursing homes are not allowing visits, but that doesn’t mean her story isn’t spreading. She was featured on Action News and even on Good Morning America.

In these times of hardship, Crognale is proof that the virus can be beaten.

Judge grad strong on and off the track