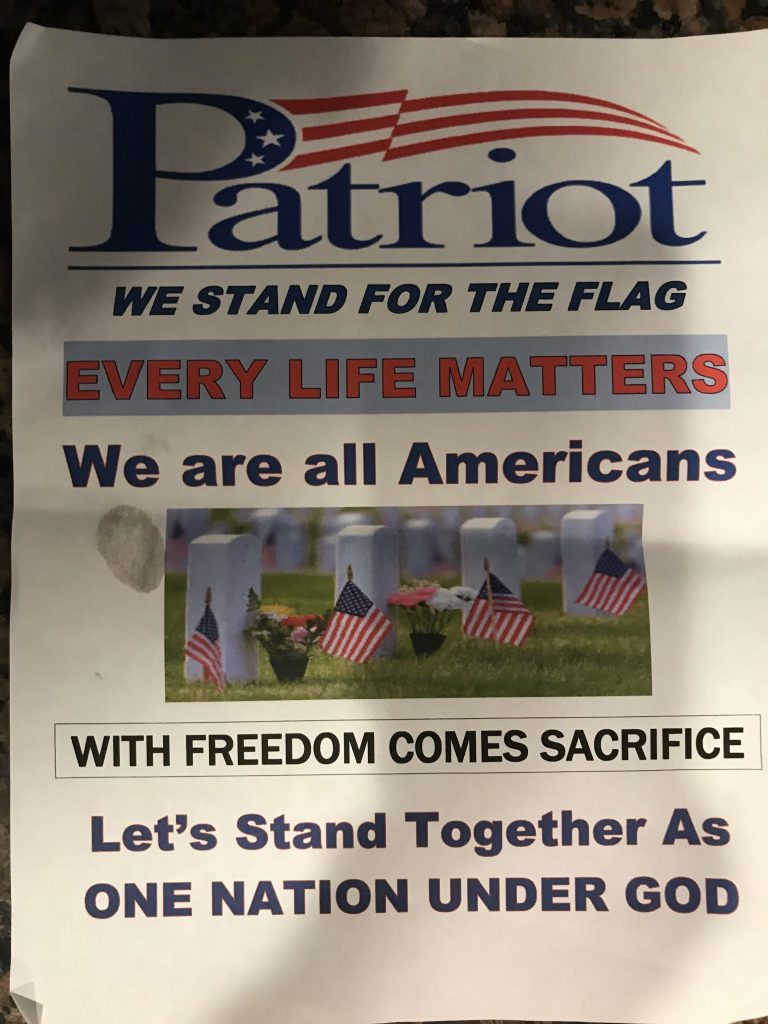 Members will begin to meet regularly on July 1, and they have designed hats and T-shirts that read, “Patriot. Every Life Matters. We are all Americans.”

The shirt also declares, “We Stand for the Flag,” and features a picture of flags and flowers at a veterans cemetery, signifying, “With Freedom Comes Sacrifice.” And it says, “Let’s Stand Together as One Nation Under God.”

The group believes respect for the flag and national anthem will honor all military service members who’ve made the ultimate sacrifice, along with living veterans, including the declining number of those who served in World War II.

Among those who are part of the group are Lee Cobleigh, a Mayfair native and Vietnam War veteran who served in the 2nd Battalion 4th Marines in 1966-67, and Ron March, a Holmesburg native and cofounder of Oldtimers Bats and Balls Association, a group of former local athletes and officials that meets four times a year at Randi’s Restaurant & Bar, 1619 Grant Ave., in Grant Plaza II in Bustleton.

The coronavirus pandemic forced cancellation of the Oldtimers’ May meeting, meaning the group could not recognize Memorial Day, D-Day and Flag Day. The Oldtimers are scheduled to meet again on Wednesday, Aug. 12, at noon.

As July 4 nears, Cobleigh and March want Americans to respect the flag that day, even as a lot of parades and celebrations have been canceled. And while a lot of today’s celebrities are outspoken on various issues, they point to the days of actor Jimmy Stewart and baseball star Ted Williams, who temporarily gave up careers to serve in World War II.