The Rev. Al Masluk, longtime pastor at St. Martha Catholic Church, celebrated his last Mass at the parish on Sunday before beginning a medical early retirement.

Last summer, he battled cancer. That, along with bad knees, led him to seek early retirement, which was approved by Archbishop Nelson Perez.

Masluk, 66, was just the fifth pastor at St. Martha, founded in 1966. He will live at Immaculate Conception Parish in Jenkintown, and he welcomes phone calls, emails, snail mail and visits. He acknowledged experiencing separation anxiety leading up to his last day.

The Rev. Jonathan Dalin, the school minister at Archbishop Ryan, will be the new parochial administrator at St. Martha.

At a luncheon in the gym after his last Mass, Masluk said he performed 411 baptisms, administered first Holy Communion to 1,012 people (946 kids and 66 adults) and celebrated 174 wedding Masses during his stint at St. Martha.

Masluk thanked his “terrific” staff and credited principal Karen Donofry with doing a “wonderful job.” He was happy to work seven years with the associate pastor, Father Andy Golias.

Masluk said he will stay busy. He’ll teach Latin to St. Martha eighth-graders on Mondays, will celebrate the Holy Communion Mass in October and attend the communion breakfast Hall of Fame ceremony on Nov. 1, with Times cartoonist Tom Stiglich as guest speaker. He plans to publish a children’s book, Izzy the Christmas Owl. And he will write “Father Al’s Fragments” on his Facebook page.

Christopher Yengbeh, a recent St. Martha graduate who will be attending Ryan, kicked off the luncheon by singing the national anthem. Masluk closed things out by singing the Beatles’ In My Life and leading the crowd in a rendition of High Hopes. •• 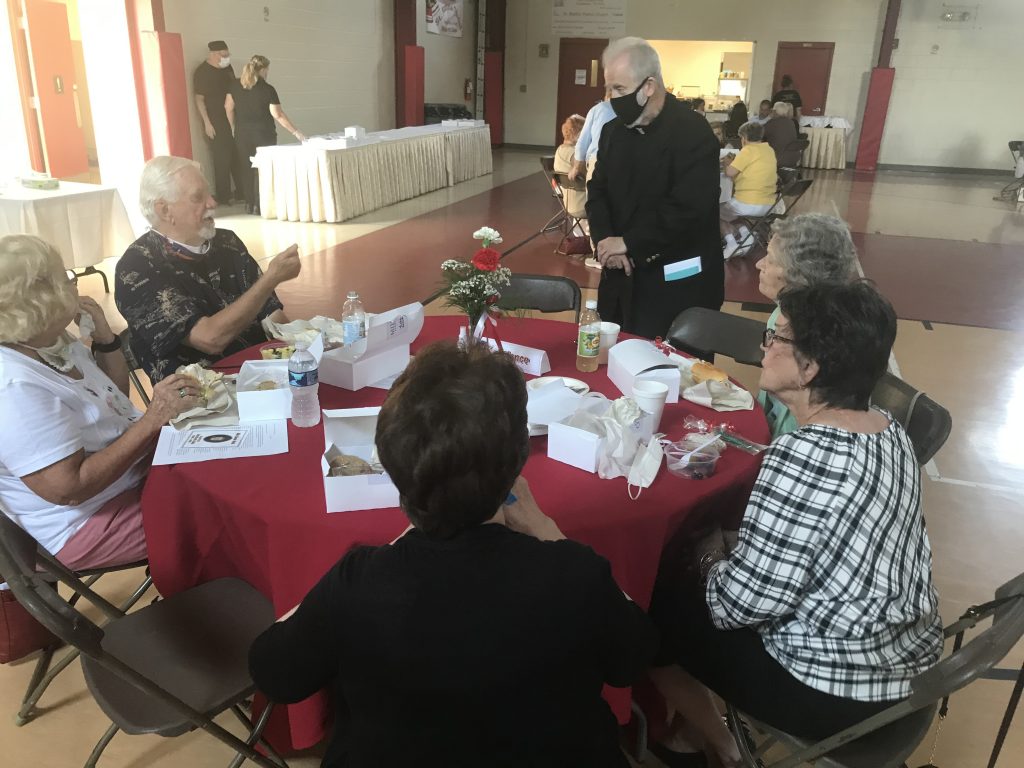 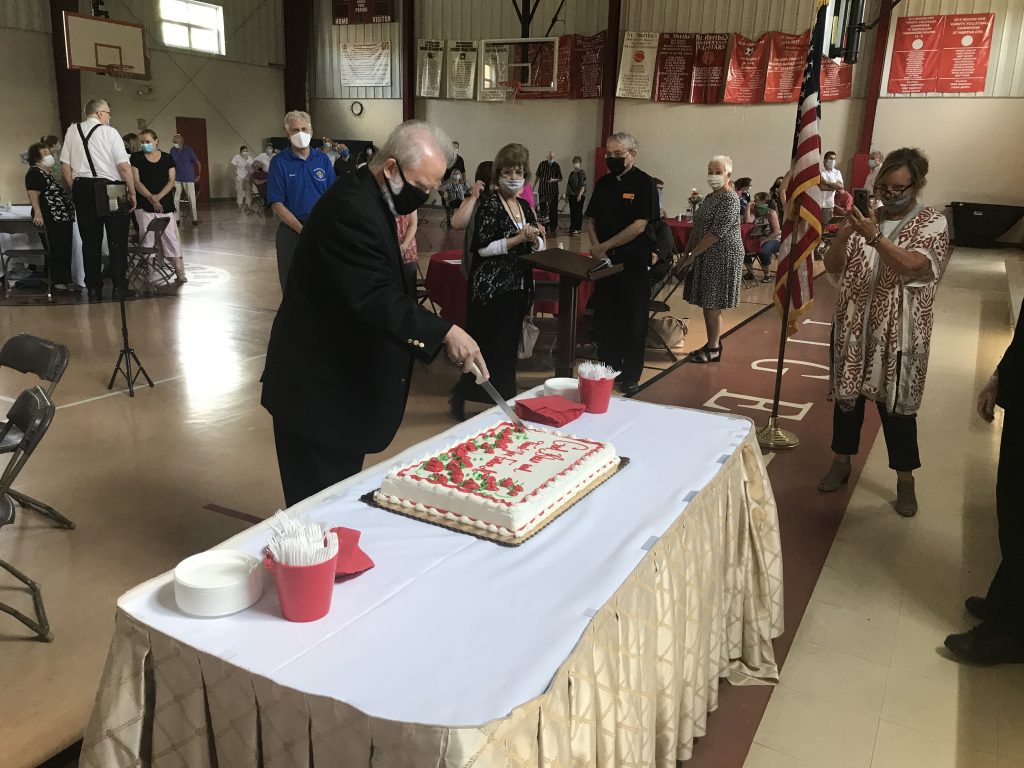 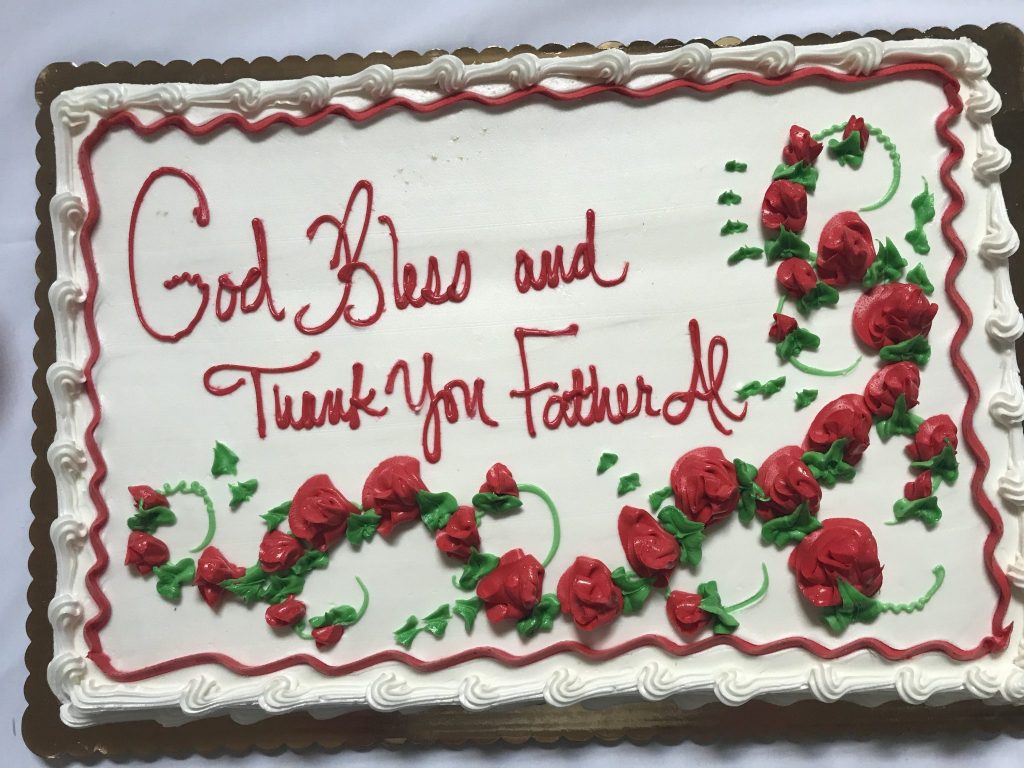 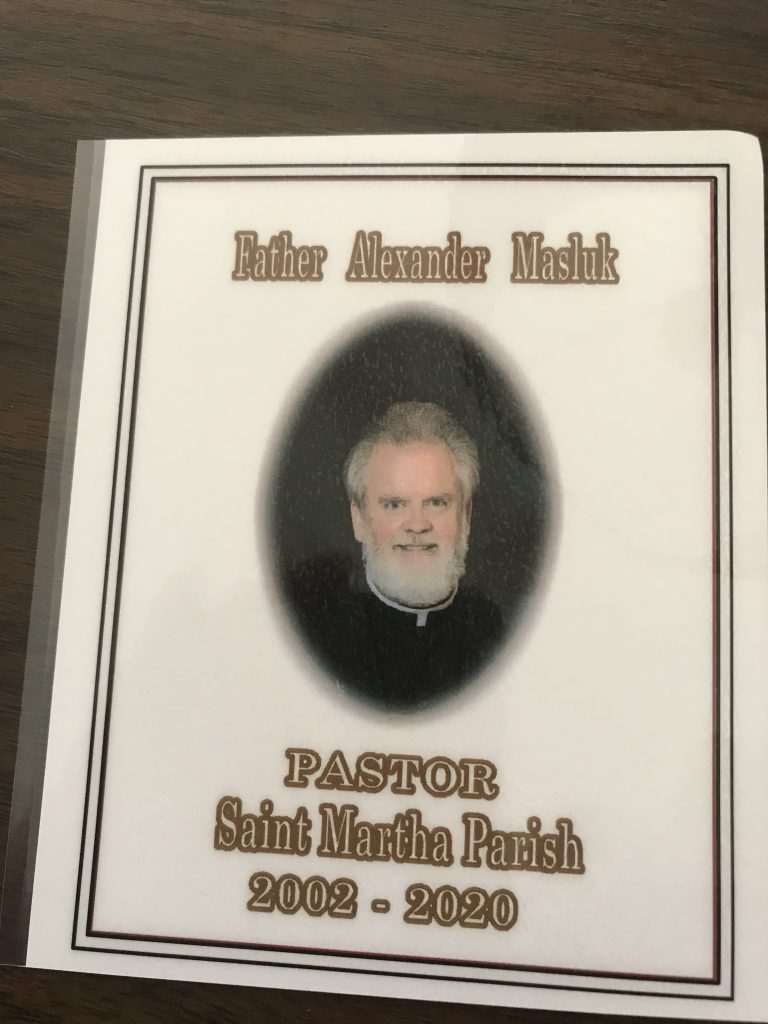 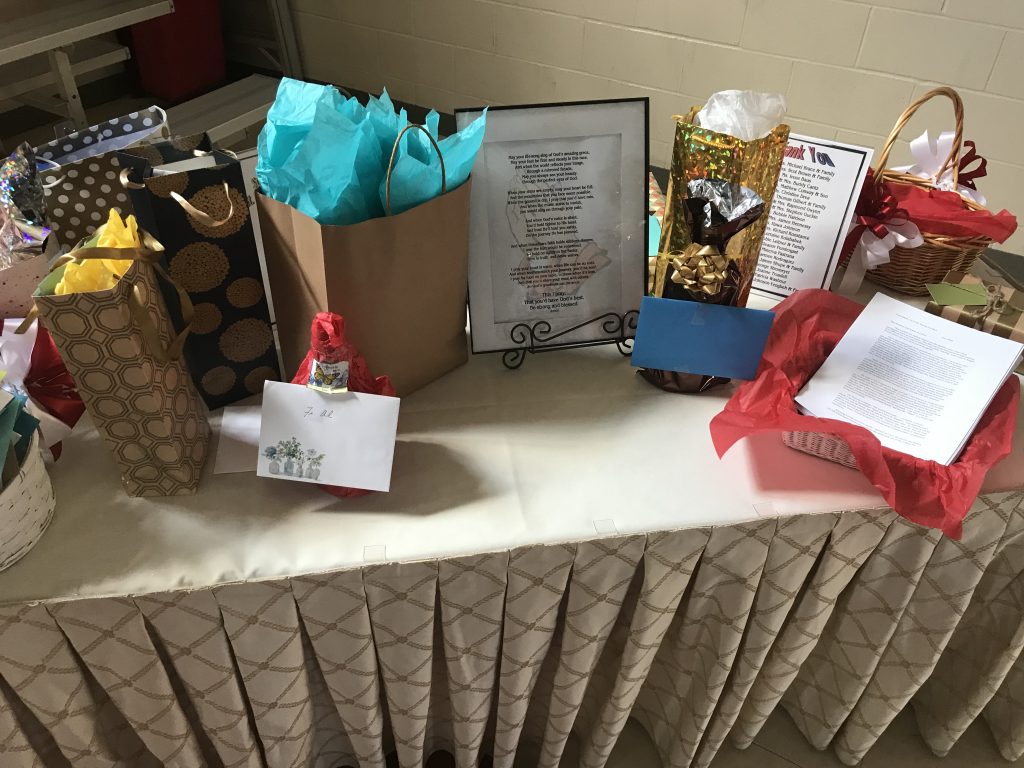