It’s becoming closer to a reality.

Training camps officially opened on Monday morning as the National Hockey League continues to stride toward resolving the 2019-20 season.

A plan is in place. Hub cities of Toronto and Edmonton have been named, hotels assigned, and dates have been set with the intention of starting the 16-team play-in rounds on Aug. 1. Round robins involving the other eight qualifiers, including the Flyers, begin the next day. In total, 24 of the NHL’s 31 teams will return to play in some form in just a few short weeks, barring any major setbacks, which are still a very good possibility, as COVID-19 numbers continue to rise in North America.

Although games are still somewhat of an uncertainty during these uncertain times, the league and the players association met behind virtual closed doors and guaranteed hockey for the foreseeable future by extending the collective bargaining agreement another four years, through the 2025-26 season.

Although it didn’t raise huge global headlines, this is a big win for hockey fans everywhere.

The NHL and the NHLPA have had a notoriously tough time agreeing to such deals in the past, undergoing three work stoppages in the last 26 years.

Fans can expect uninterrupted hockey for at least six years until labor talks creep up again and they can also expect to see NHL players back in the Olympics in 2022 and 2026, pending an agreement with the International Olympic Committee. Another result of the CBA allows players to opt out of the 2019-20 playoffs without penalty.

This is another win for the players association, although it’s undetermined how big of a victory it is. Through Sunday, seven players — Travis Hamonic (Calgary), Sven Baertschi (Vancouver) Roman Polak (Dallas), Mike Green (Edmonton), Karl Alzner (Montreal), Steven Kampfer (Boston) and Zach Trotman (Pittsburgh) — immediately exercised that option and will not partake in the tournament.

More are expected to opt out.

It takes a certain amount of humility and bravery to make these types of decisions. Hamonic is arguably the biggest name on the list, as the 29-year-old defenseman has played 10 seasons in the NHL with the New York Islanders and Calgary Flames.

Hamonic rightly put his family first, citing his daughter’s delicate health issues as the main reason for his absence.

“Like every parent, everything we do is to provide and protect our kids and try to take away any suffering they may endure,” Hamonic wrote in a statement that was distributed by his agent. “Last year, we spent the longest, scariest and hardest week of our lives by our daughter’s hospital bedside. We were unsure of what would come next or where this would lead, but with God’s strength our little girl fought her respiratory virus and recovered. During that long week, we were helpless and couldn’t do anything to help her except hold her little hands, kiss her head and pray. We saw what a respiratory virus can do to our healthy little girl and it’s something no parent wants or should go through. Now blessed with our second child, a baby boy at home, the risk of today’s COVID-19 pandemic is a very difficult one to weigh as parents.

“Due to what my daughter already has gone through and the concerns if she were to catch COVID-19, I’ve decided to opt out and seek a leave of absence from the Calgary Flames for the remainder of the playoffs. I wish I could lace up my skates and be out there battling, blocking a shot and helping the team win but my family has and always will come first. Being my little kids’ dad everyday is the most important job I have.”

Until there is definitive proof of exactly how dangerous the coronavirus is in all situations, there remains a threat to human life, especially to people most delicate, such as Hamonic’s young daughter.

Most hockey fans are accepting these decisions by the players, especially if it’s a player on a rival team. We hope that they’ll be just as understanding if it comes from their own team.

The official response from Flames management was short and direct.

”Earlier this evening Travis called me to inform us that he has decided to opt out of the NHL Return to Play Program,” Flames general manager Brad Treliving said. “Travis explained that due to family considerations, he has made the difficult decision not to participate in the Stanley Cup Qualifier and Playoffs. While we will miss Travis in our lineup, we understand and respect his decision. Our focus remains on preparation for training camp and our upcoming series in the NHL Qualifying Round.”

Treliving’s statement wasn’t warm nor cold, and walked the tightrope successfully, not tipping the franchise’s hand on how it really feels about a top-four defenseman missing a tournament that has basically become a jump ball for the Stanley Cup.

We may never know how management and how the different locker rooms react to guys sitting out in the playoffs in a sport that glorifies toughing it out for the betterment of the team.

The world has changed during COVID-19, hopefully hockey culture has, too. •• 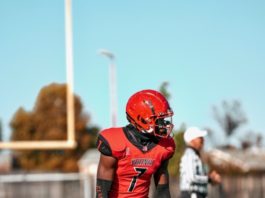 Owens helps from the field, sidelines 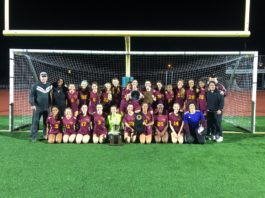