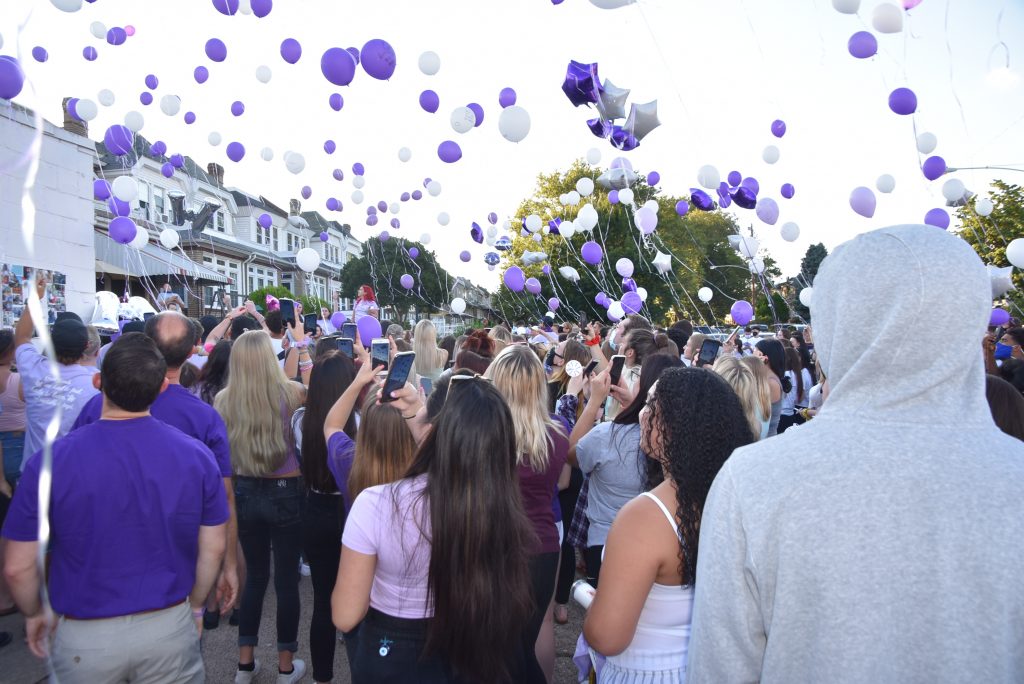 Hundreds of friends of Morgan McCaffery came out on Friday night to celebrate the life of the “Oakmont Angel.”

Morgan, 18, was stabbed to death Monday at a train station in Meadowbrook. Authorities have arrested her ex-boyfriend, Gil Newton, of Fox Chase.

A recent graduate of Nazareth Academy High School, Morgan grew up on the 3500 block of Oakmont St. in Mayfair before moving last summer to Abington.

Brittney Beounitis, 17, lived next door to her on Oakmont, and their families grew very close.

“Morgan was in my life as long as I can remember,” she said. “It doesn’t feel real. It doesn’t make sense.”

Brittney wanted to do something so people didn’t forget Morgan. She thought of a mural that was designed on Thursday night by Shaina Gatton, 20.

The mural was drawn on a wall of Oteri’s Bakery, at Frankford and Oakmont. It features an image of Morgan and the words, “Morgan. Our Oakmont Angel. Forever in our hearts.”

“It’s so heartbreaking. I wanted to do something nice for the family to commemorate Morgan, anything I could do,” Shaina said.

Friday night’s event also featured the release of purple and white balloons and two that were designed in the shape of M’s. There were pictures of Morgan surrounding the mural, and her friends placed flowers and candles along the wall.

Many wore T-shirts that read, “In Loving Memory of Morgan McCaffery. 9/5/01 – 7/27/20,” with a heart and cross on the front. On the back were the words, “Good friends are hard to find, harder to leave and impossible to forget.”

“She’s our angel. She was loved by so many people,” said Colleen Beounitis, Brittney’s mom, adding that Morgan was bubbly and outgoing.

Family friend Julie Kresz said of Morgan, “She grew up and blossomed as a lovely young lady. She was a great kid.”

A GoFundMe page has been created at https://www.gofundme.com/f/in-loving-memory-of-morgan-mccaffery.

Checks can be made payable to Helping Hands in Northeast, with “Morgan’s Light” in the memo, and mailed to Covenant Bank, 60 N. Main St., Doylestown PA 18901.

Money will be used for scholarships for young women and the fight against teen domestic violence. •• 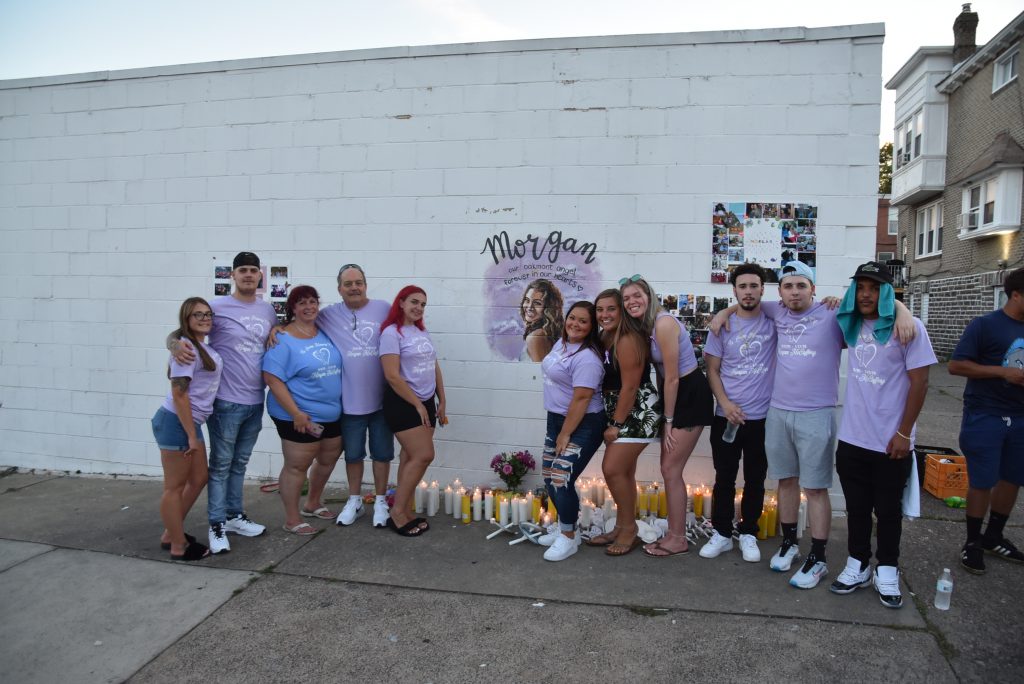 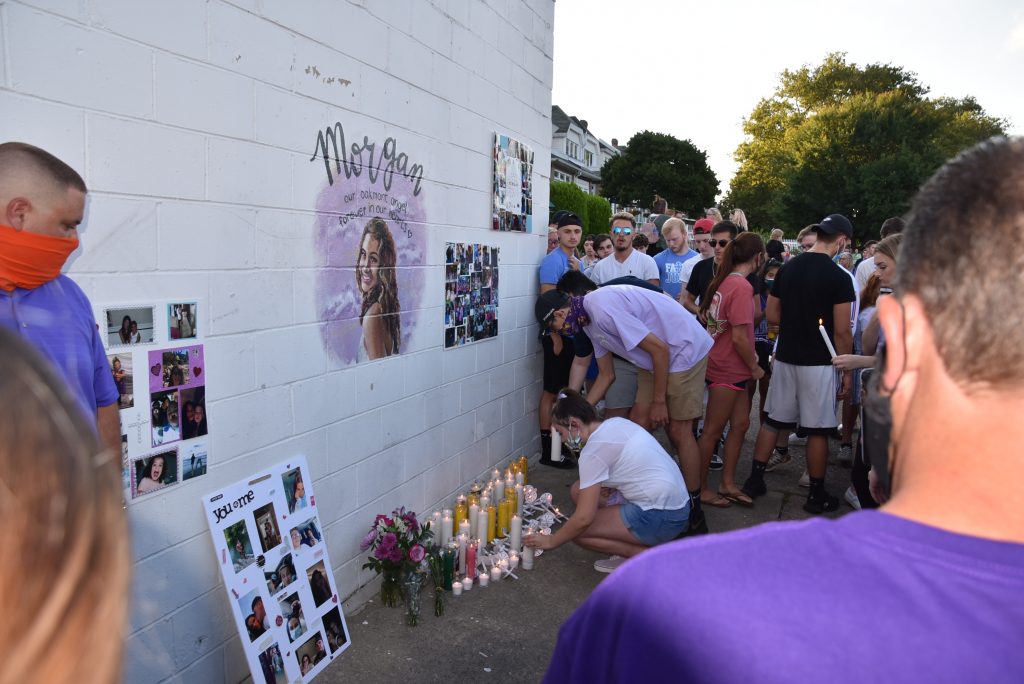 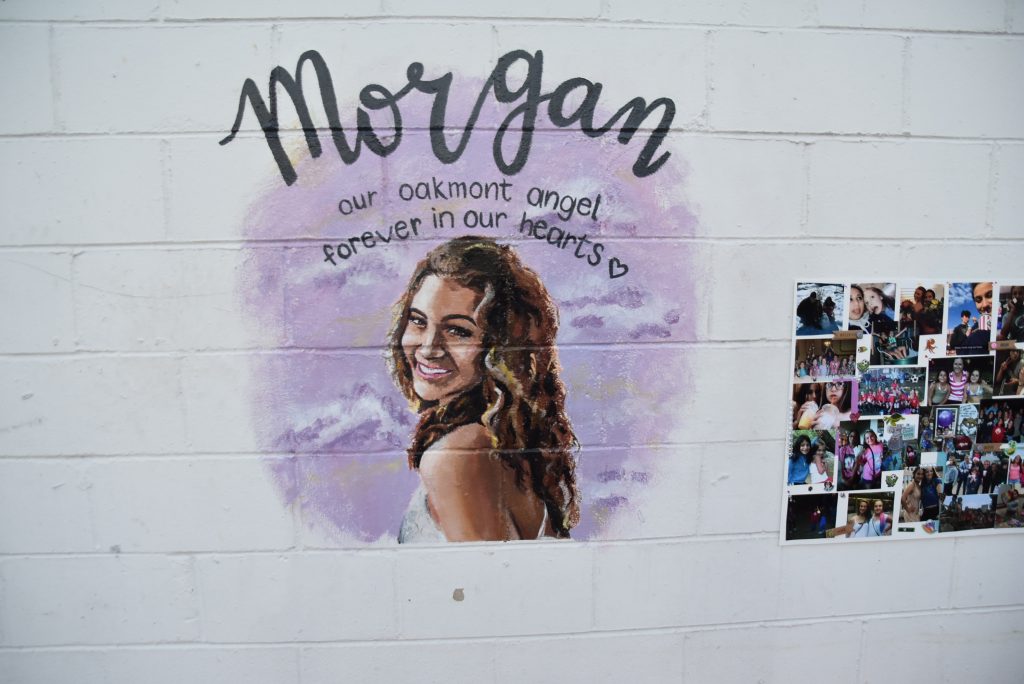 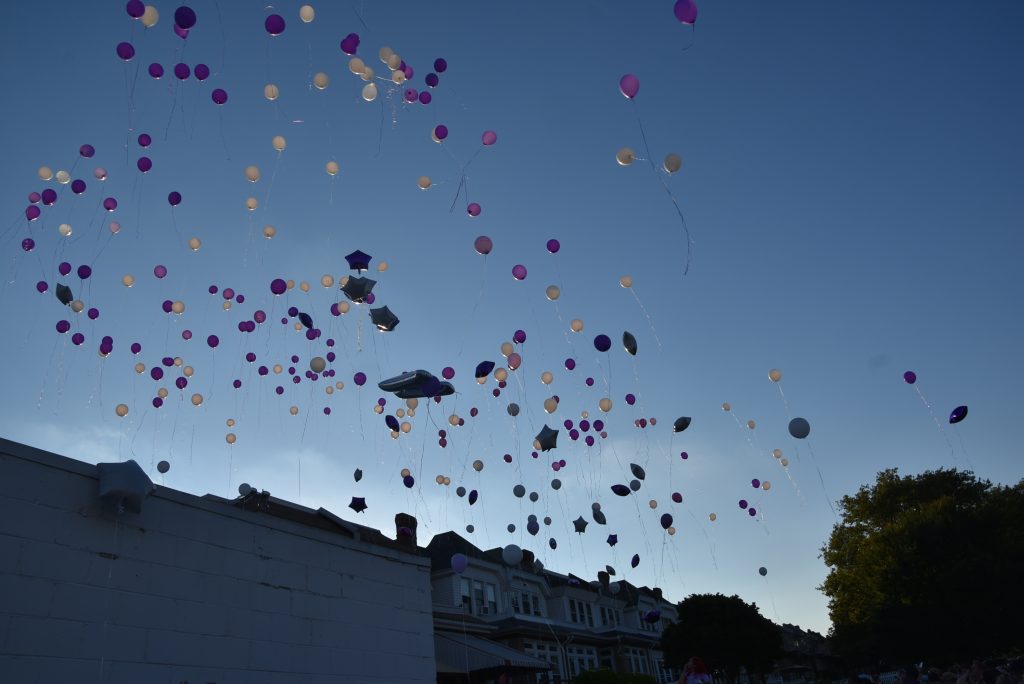