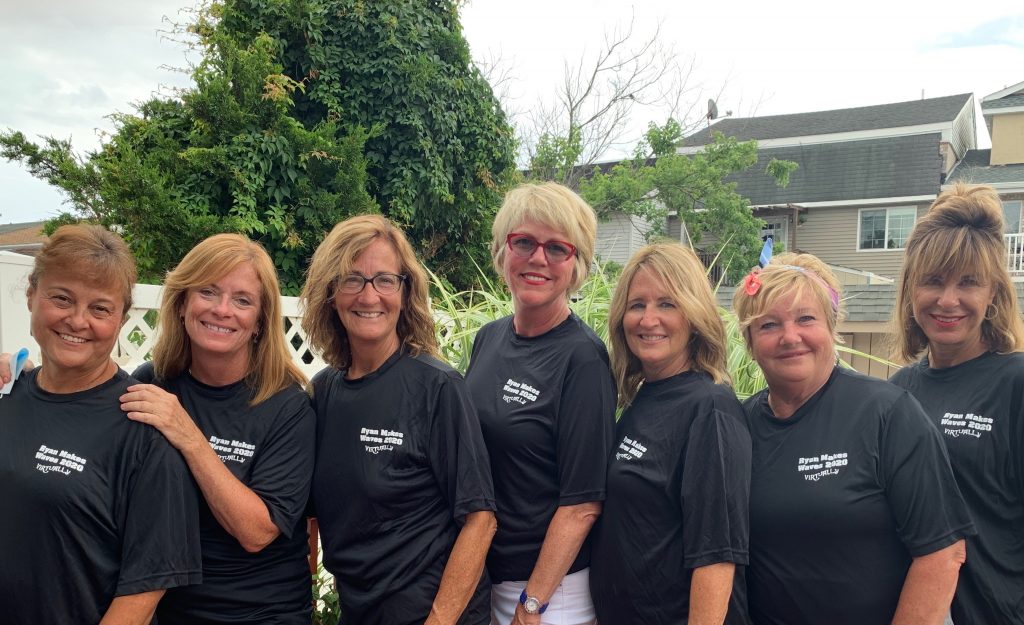 Archbishop Ryan has been the only high school to continue the tradition of a shore reunion that originated in June 1996 in Sea Isle City.

The Rev. Rene Barczak, who worked at Ryan for more than 50 years and organized the first 22 Ryan Makes Waves events, opened the July 25 virtual reunion from Florida with greetings.

According to Ryan Simmons (’04), social media director and teacher at Ryan, more than 20,000 people from all over the world joined in virtually. There were alums from states along the east coast, along with Texas, California, Oregon, Hawaii, Louisiana, North Dakota, Florida and even Melinda Janiszewski (’98), in Sydney, Australia. 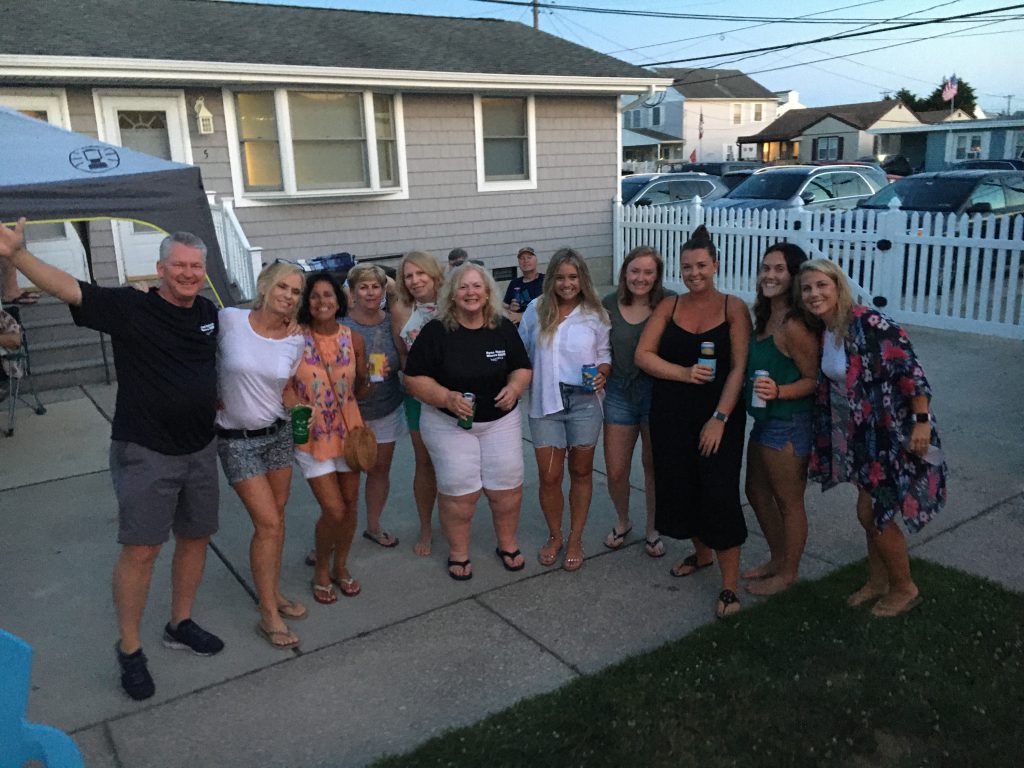 Michael Barnett (’90), president at Ryan, said, “It was important to keep this crucial event in place and help keep our alumni community together, albeit remote, to bring music, joy and laughter into our homes, hotel rooms or anywhere our alums are participating.”

Joseph McFadden (’97), principal at Ryan, was on vacation at the Panoramic Motel in North Wildwood with his family, who are Ryan alum, and they made a short video appearance.

The committee requested donations of $30, with donors receiving a “Ryan Makes Waves Virtually 2020” shirt. The shirts are available at https://arhs.me/store.

Almost $5,000 was collected in donations that night. 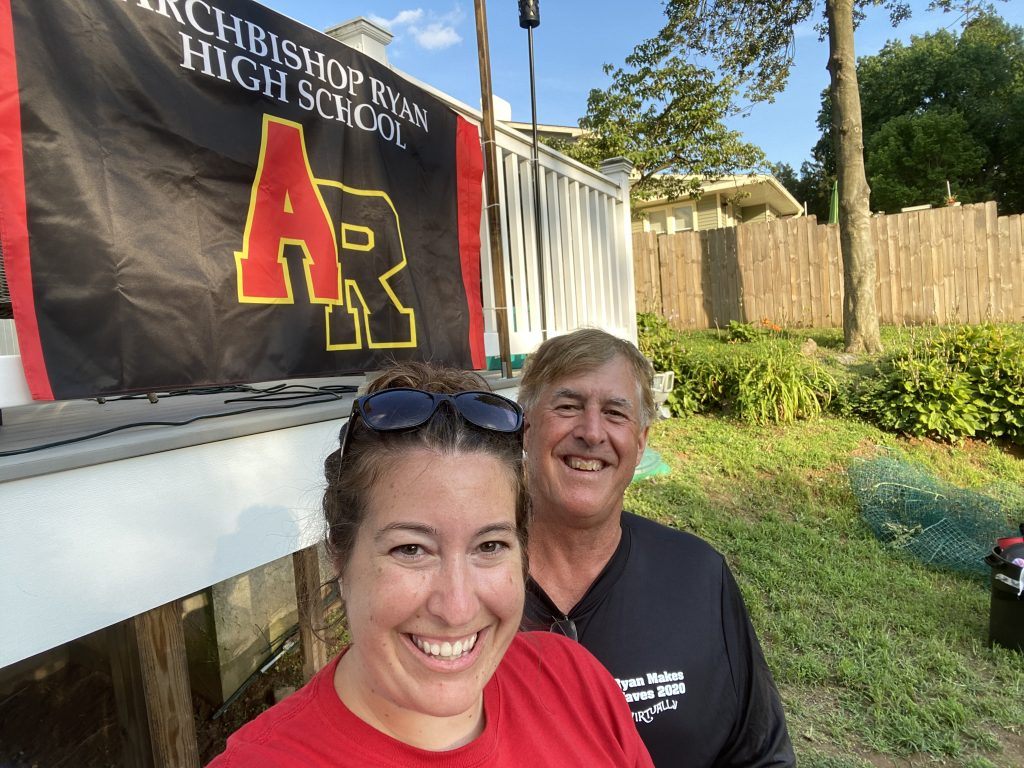 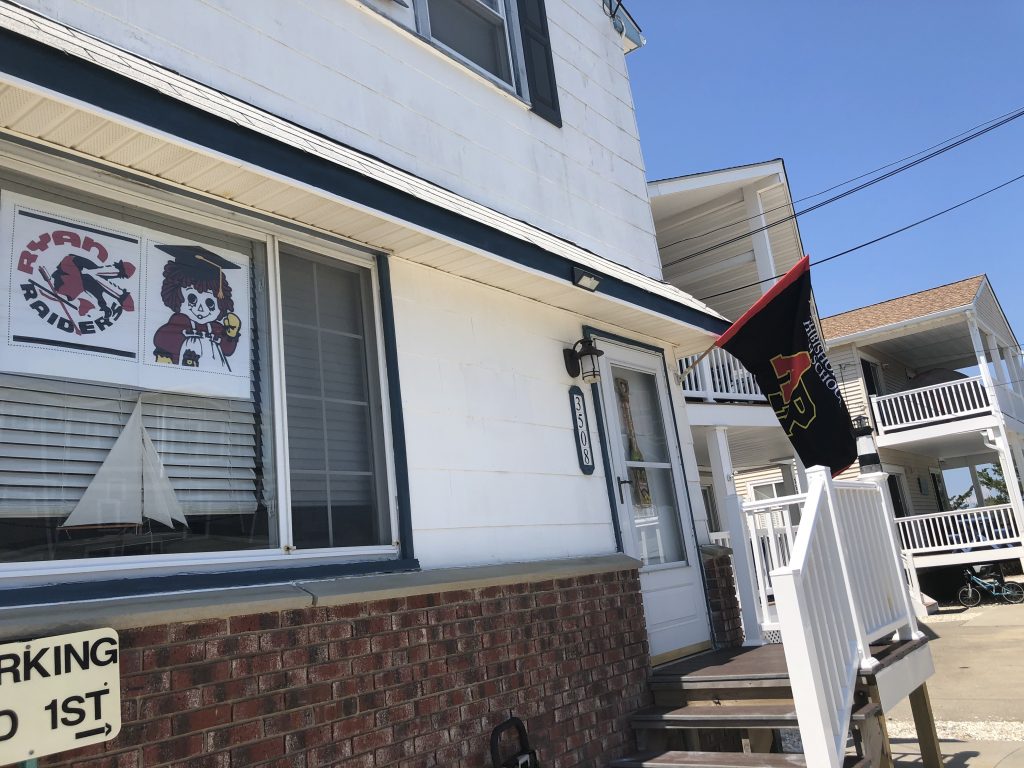