On patrol in Parkwood 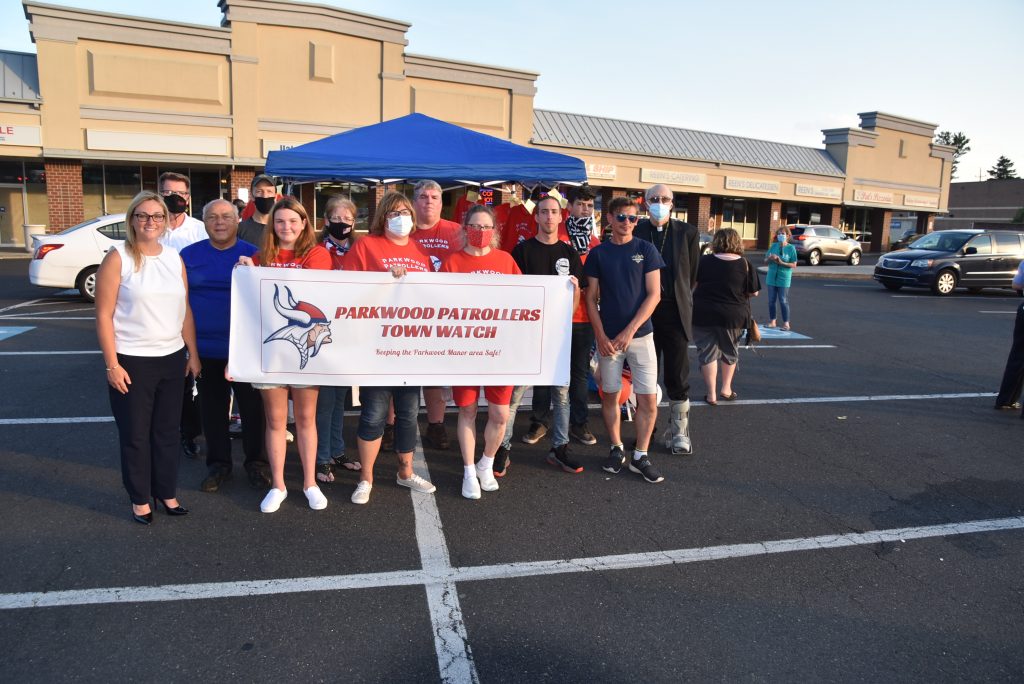 On the evening of May 31, dozens of vehicles showed up at shuttered Philadelphia Mills, with car occupants believed ready to riot and loot at the mall.

Police officers were ready, chasing away the outsiders.

Some lost their rides home, and began roaming through Parkwood streets, which can be a bit of a maze. Many neighbors came out to tell them, in no uncertain terms, to scram.

The next night, about 200 people gathered at Junod Playground to discuss the situation and plan for ways to protect their neighborhood on a regular basis.

That night, the newly formed Parkwood Patrollers Town Watch drove the streets of their neighborhood and have done so every night since.

Last week, the group held a gathering in the parking lot of the Parkwood Shopping Center.

Donna Enstrom is president of the 19-member group, which has been trained and certified by the city. Members have patrolled more than 10,000 miles in Parkwood, Normandy and other areas of the Far Northeast. Meetings take place at St. Anselm Parish hall. 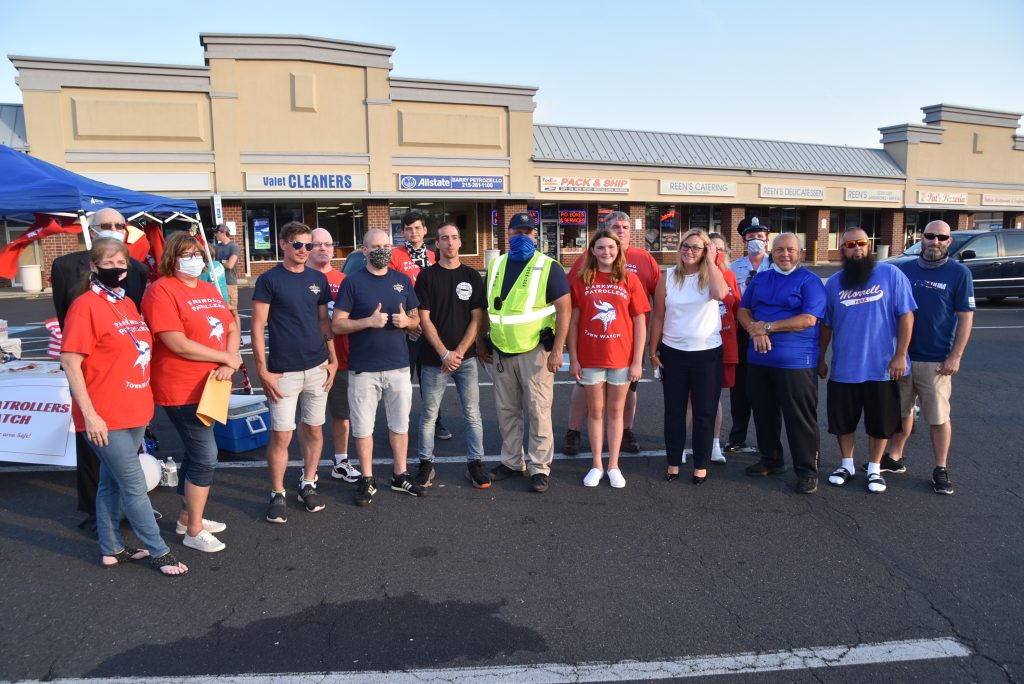 While most members patrol in cars with radio communication, the group welcomes people to help out in other ways, such as being block captains.

“You don’t have to be on patrol to play a role,” Enstrom said.

The group gave Parkwood Patrollers T-shirts to its supporters.

Members have identified trouble spots, such as a homeless encampment and drag racing at Philadelphia Mills. They have helped broken-down motorists and discouraged shoplifters at Wawa.

Parkwood Patrollers has also held neighborhood cleanups. The group plans to become a 501c3 and hold food drives and a toy drive near Christmas. Members will be trained in CPR, first aid and emergency management assistance and attend the Civilian Police Academy. •• 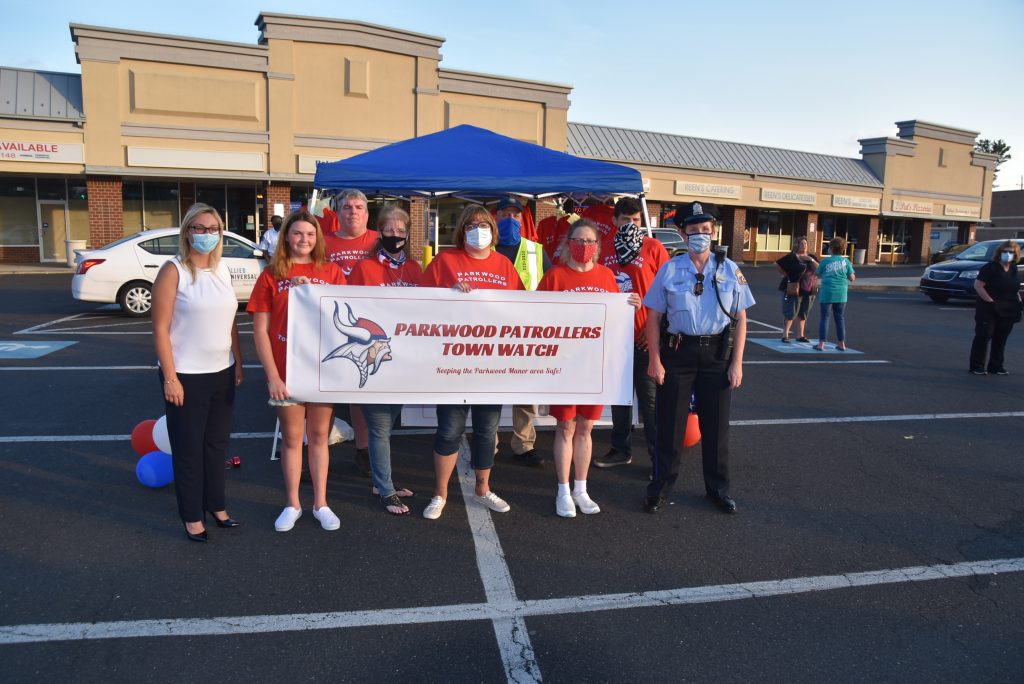