The 2020 Philadelphia Eagles can be described with one word, fast. That is the undeniable first impression you get when you watch an Eagles practice.

The Birds used the 2020 draft to load up not just on receivers, but receivers who earned their dinner in college by spreading the field.

Add in second-year running back Miles Sanders and a healthy DeSean Jackson, and the Eagles have the pieces to be one of the fastest offenses in the NFL.

Veteran safety Rodney McLeod was asked what the difference is in guarding this year’s receiving corps to last year.

“It’s very different,” McLeod said. “For me as the post safety, you just always have to be on alert. But what’s most important is the yardage after catch. They have the skill set and the ability to take a 10-yard pass and turn it into 50 very quickly. So, it’s great work for us, working on open-field tackling, being able to stay in front of these guys. We’re making each other better.”

Defensively the Eagles added veteran cornerback Darius Slay in a trade with the Detroit Lions. It’s just training camp, but Slay has received the most buzz of any of the newcomers. What does he bring to the table? Speed. Slay can shut down an entire side of the field because he moves so fast. And with his experience and confidence, he makes it difficult for opponents to game plan against him.

“That’s who Darius Slay is,” coach Doug Pederson said in a recent video conference. “He plays with a ton of confidence out on the field, and he’s a guy that we’re fortunate to have and have him on our roster. It just makes it harder for offenses to utilize the whole field because when you can have one area of your field or a receiver either taken away or limited, it challenges them.”

QUARTERBACK: Carson Wentz clearly gained some weight and muscle and believes it could help him absorb hits better. Center Jason Kelce called it “dad weight.” Wentz said he prefers “dad strength.” Whatever it is, Wentz looks tougher and is playing with confidence in camp. With his new stable of weapons, this could be a big year for Wentz.

Don’t be surprised if second-round pick Jalen Hurts out of Oklahoma is named the backup. The 6-foot-1, 222-pound rookie has looked poised and has command of the players around him. Hurts can run the ball well, which makes him more attractive to the coaches should Wentz have any health issues.

RUNNING BACK: Sanders will enter 2020 as the feature back. Sanders was one of the top rookies in the NFL last year, recording 179 carries for 818 yards and three touchdowns. The 5-foot-11, 211-pound slasher also caught 50 passes for 509 yards and three more trips to the end zone.

Sanders will get the most touches this year, but the Birds have a young, talented running back room that includes 2019 hero Boston Scott, who came off the practice squad last year to help the Eagles win the NFC East. Local standout Corey Clement seems to have shaken the injury bug that has haunted him over the last two seasons.

WIDE RECEIVER: Reagor has been impressive in camp, but may have to wait for his season to start after it has been reported the former TCU standout may have a small tear in his left shoulder but won’t need surgery. Reagor is expected to miss 3-4 weeks. Multiple reports are out there that there is a chance Alshon Jeffery will play in September. JJ Arcega-Whiteside has been outstanding as a red zone receiver in camp. Greg Ward Jr. will be back in his slot receiver role.

TIGHT END: Zach Ertz and Dallas Goedert have been impressive in camp, solidifying their rating as the best tight end combo in the league.

OFFENSIVE LINE: Before camp started, the Eagles lost Brandon Brooks, the highest-rated offensive lineman in the NFL, for the season with a left Achilles tendon injury. Two weeks ago, the Birds lost starting left tackle Andre Dillard for the year with a biceps injury. That’s 40 percent of your offensive line that was rated by Pro Football Focus as the best O-line in the game.

The Eagles hope they can get veteran Jason Peters – brought back to play right guard – to move back to left tackle. Matt Pryor is likely to start at right guard. Nate Herbig is a key sub for All-Pro Jason Kelce at center. Isaac Seumalo continues to get rave reviews at left guard, and Lane Johnson remains the best right tackle in the game.

DEFENSIVE LINE: After acquiring tackle Javon Hargrave in the offseason and seeing the return of Malik Jackson, who missed all of last season due to injury, most observers see the Eagles DL as an elite group if they can stay healthy

Hargrave has been diagnosed with a pectoral strain, with multiple reports indicating he should return soon, possibly the opener against Washington.

Brandon Graham will be back as well as Derek Barnett, Hassan Ridgeway, Josh Sweat and seventh-round pick Casey Toohill. Will last year’s fourth-round pick out of Penn State and Philadelphia native Shareef Miller make his way onto the active roster? To be determined.

LINEBACKER: Many observers believe this position is the Eagles’ weak point. The unit is faster after drafting Davion Taylor in the third round out of Colorado. Nate Gerry is the senior member of the room along with T.J. Edwards, Duke Riley and Alex Singleton. Temple’s Shaun Bradley has had a spirited training camp.

SECONDARY: Pro Bowl safety Malcolm Jenkins has moved on. Rodney McLeod is back and will team with veteran Jalen Mills, who converted from corner to safety this offseason. Plus, Philly native Will Parks, who played for the Denver Broncos, who drafted him in the sixth round out of Arizona.

Slay is clearly the guy players and coaches have been raving about since the Birds acquired the 29-year-old from Detroit. Slay is expected to elevate the play of the entire secondary. He will be joined at corner with Nickell Robey-Coleman, also new to the team, and Rasul Douglas, Cre’von LeBlanc and fourth-round pick K’Von Wallace.

The nickel corner spot will be manned by third-year DB Avonte Maddox and Sidney Jones.

The Birds have it all: coaching, a franchise quarterback, fast weapons, an offensive line and a talented defense with youth and experience. It all depends on who stays on the field, especially Wentz. •• 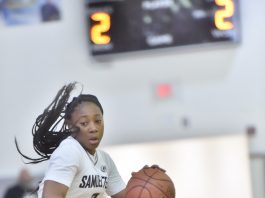