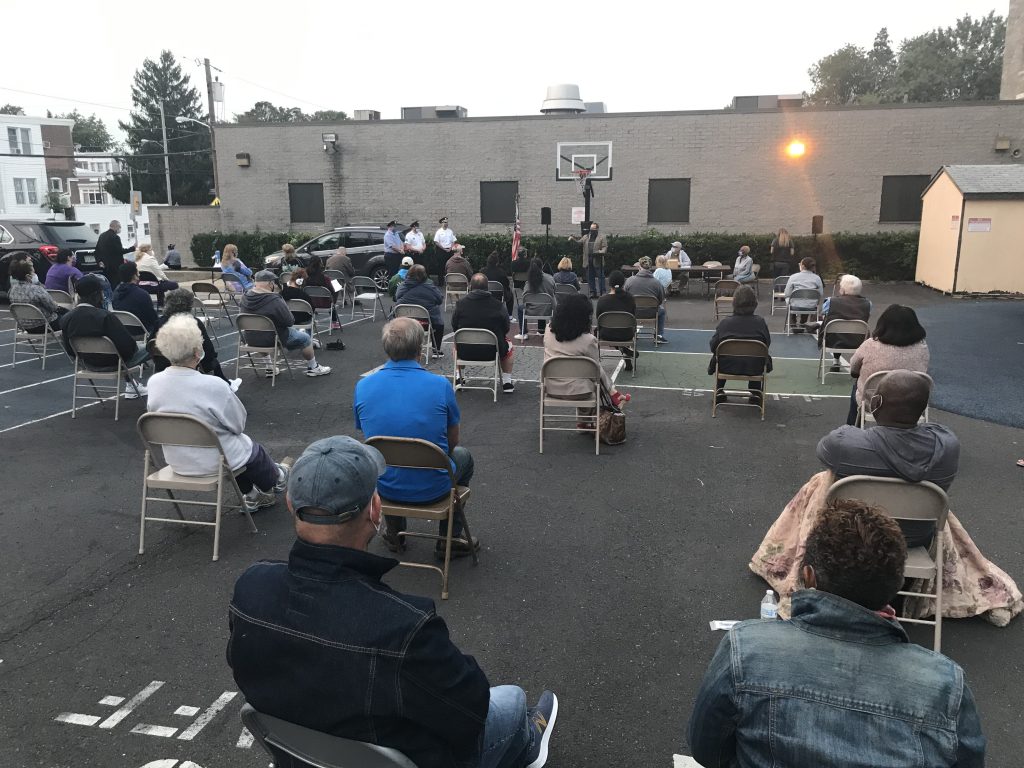 Members observed a moment of silence for all who’ve died of the coronavirus.

Mroz thanked the LCA, state Rep. Jared Solomon and car dealer Gary Barbera for handing out fruits, vegetables and milk to the needy each week during the pandemic. The CRO distributed gun locks. He also told the crowd that a new 2nd district headquarters opened recently at 7306 Castor Ave.

Deacon said he has deployed additional bicycle officers, adding that using a “pinpoint grid” has helped lower crime in the district.

Lowe spoke of an increase in arrests for violations of the Uniform Firearms Act (VUFA). An investigation continues into a Labor Day shooting on the 600 block of Alcott St. Lowe said anyone with information on narcotics or violent crime can call the district at 215-686-0349.

Meanwhile, planning for the upcoming election continues. The Philadelphia Protestant Home will not serve as a polling place for two divisions of the 35th Ward, as it has had in the past.

The Lawncrest Community Association will meet again on Tuesday, Oct. 20, at 7 p.m., in either the St. William parking lot or parish hall. ••