Mayfair native Patricia Peyton co-authored Physical Intelligence, a book that helps readers map out where tension is stores in their body and how to relieve it.

There is a stress epidemic going on in the world right now, Patricia Peyton believes, but it started long before COVID-19. Though the virus has amplified stress levels, Peyton, who grew up in Mayfair, believes the rapid rate of change in the country and world has left many to face excessive stress for years.

Practices like meditation and yoga are great, but stress is better managed at a personal level, Peyton believes. And using physical intelligence, it can be easy for an individual to discover their own routine for relieving tension.

Peyton is co-author of Physical Intelligence, a book that educates readers on how their bodies may be telling them what specific kind of stress they are experiencing and how to deal with them. With co-author Claire Dale, Peyton packs hundreds of “life hacks” and exercises individuals can incorporate into their daily routines.

Physical intelligence, as defined by Peyton and Dale, is the ability to detect and manage how the chemicals in your body are impacting your thoughts and behaviors. Your posture, movement and breathing all impact how chemicals reach your brain and can impact your performance throughout the day.

The book posits that we can strategically control these chemicals to influence our moods and productivity levels.

“I really believe if more people knew about physical intelligence, stress levels would be better managed at a personal level,” Peyton said.

Growing up in Mayfair, Peyton attended St. Hubert and the Joan Wilkes School of Dance. She learned proper posture in her dance studies and vocal control while in the choir and during her work as a voice actress – two things she never thought she would need to be successful in the corporate world. 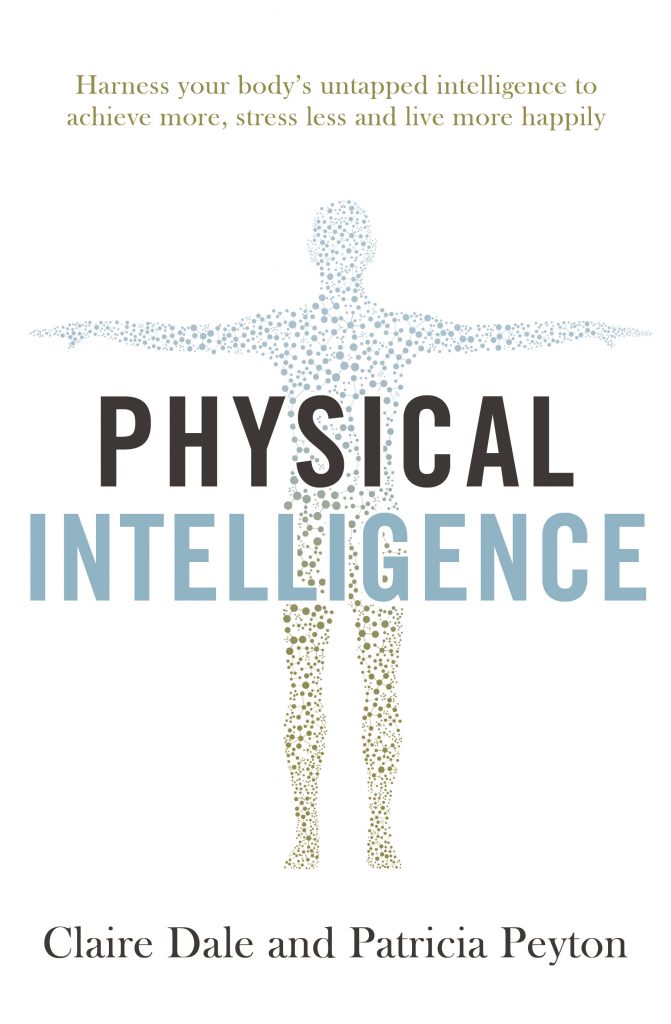 “Think of it as an intelligence – we all have the ability to do it, most people just don’t know how,” she said.

Living in stressful times such as these can raise a person’s cortisol, the body’s main stress hormone. It does a lot of good for you like fueling the body’s fight or flight response and regulating your blood pressure, but too much cortisol can cause anxiety, depression and a list of other negative impacts on the body and mind.

Early on in the book, Peyton and Dale write about the map of tension, which can help you associate tension or pain in certain areas of the body with certain types of stress in the mind. Being aware of your body and what it is telling you is fundamental to understanding what exercises you can do to help relieve stress.

Every morning, Peyton wakes up, paces her breathing and tunes in to her map of tension – sometimes she has tension in the neck and shoulders from sitting in front of a computer for too long, for example. She smiles at herself in the bathroom mirror for a shot of dopamine then walks around the house in the winner’s pose, with two arms raised above her head like the Rocky statue, to give herself the confidence the mind associates with that pose.

“Everyone’s map of tension and routine is unique, like a fingerprint,” Peyton said.

The book is available on Amazon, Barnes & Noble and other stores where books are sold.