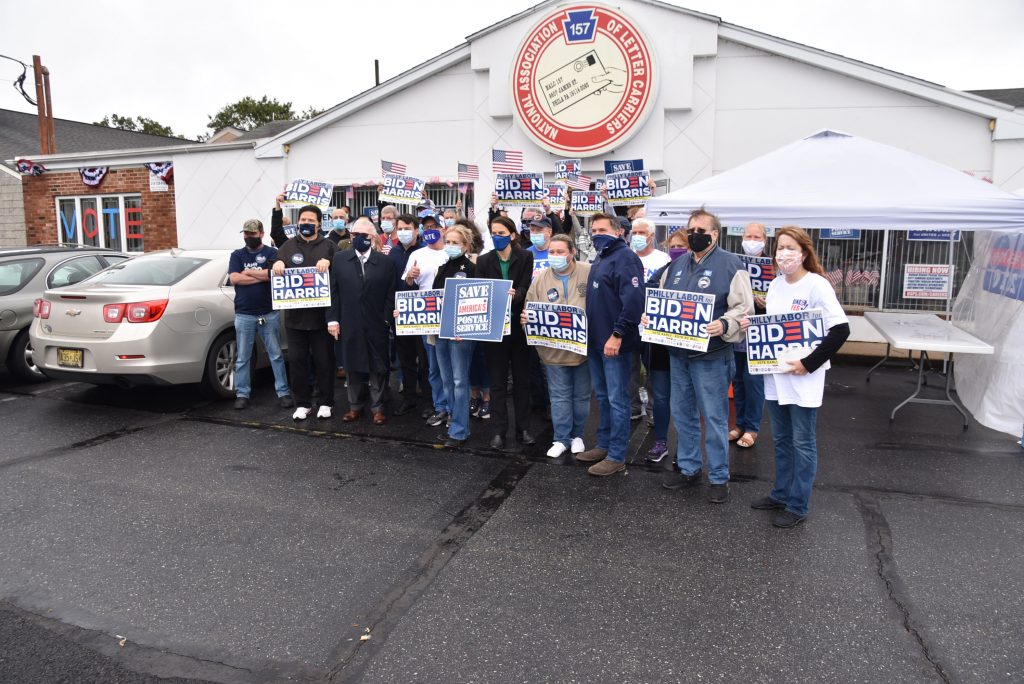 The National Association of Letter Carriers Keystone Branch 157, at 9607 James St. in Torresdale, hosted a rally for Joe Biden on Monday.

Rodgers, who called for a moment of silence for the roughly 215,000 Americans who have died of the coronavirus, praised the work of his fellow letter carriers during the pandemic.

Rodgers hopes young people and minorities vote in high numbers, arguing that the issues on the ballot are civil rights, women’s rights, social justice and the Affordable Care Act.

Eiding said Trump has done nothing but “screw the country up,” adding that it is a “sin” that he is pushing Amy Coney Barrett’s nomination to the Supreme Court so close to the election.

Boyle recalled GOP control of the White House and Congress in 2017-18, when the House voted to repeal the ACA and Trump signed a tax-cut bill the congressman believes was too generous to the rich.

The 2020 race is not about persuasion, Snyder said. Instead, it’s about turnout.

Snyder said people should ignore polls showing Biden leading. He blamed Hillary Clinton’s 2016 loss on her “buying drapes” for the White House as polls showed her ahead.