Federal, state races on the ballot 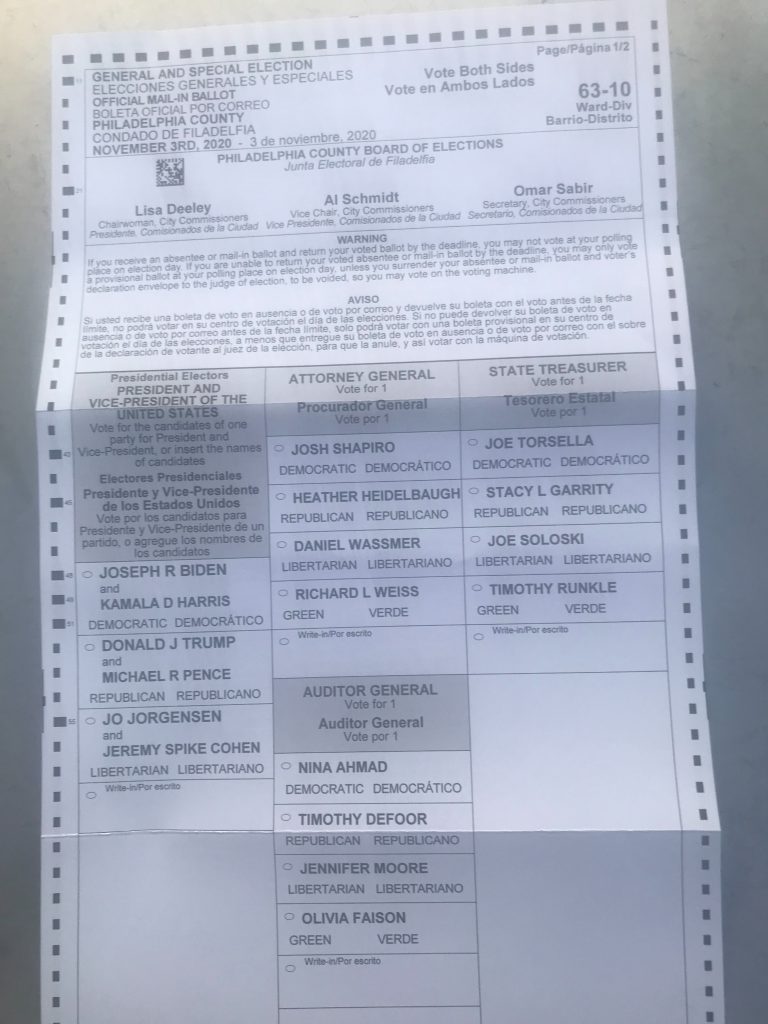 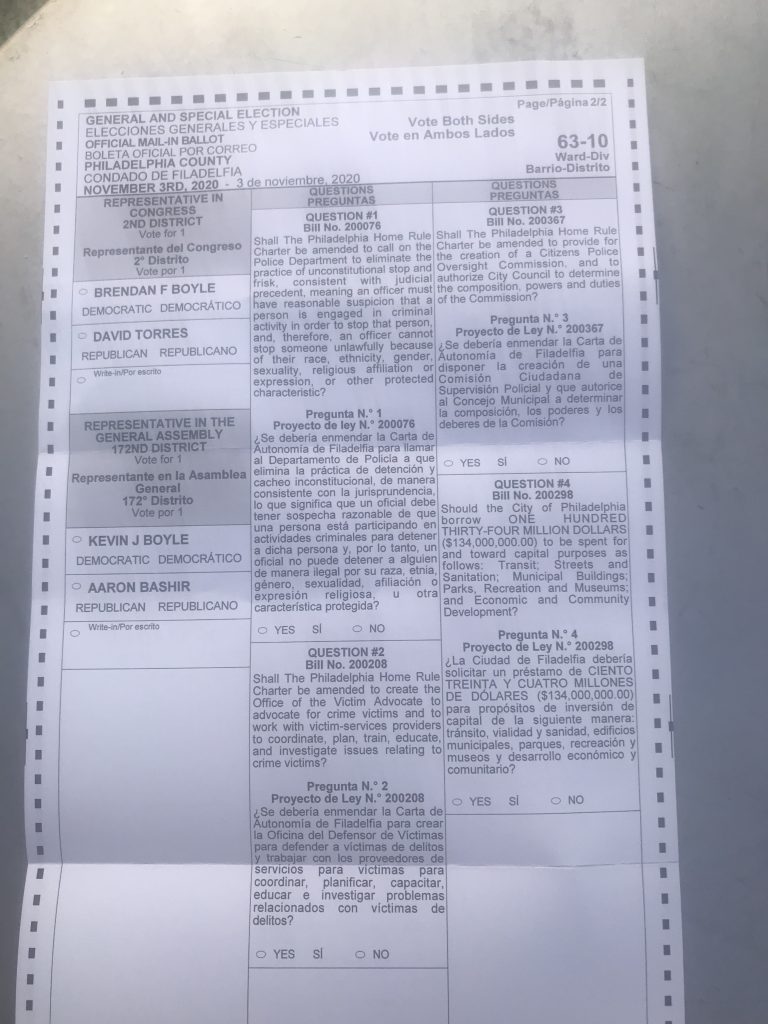 Voters will head to the polls on Tuesday, with the presidential race topping the ballot.

In the 152nd Legislative District, Republican Rep. Tom Murt is not seeking another term in a district that includes portions of Bustleton. The candidates are Democrat Nancy Guenst, the mayor of Hatboro; Republican Karen Houck, a former member of the Upper Moreland School Board; and independent John Weinrich, a Realtor.

Philadelphia voters will decide on the following four questions on the ballot:

• Shall The Philadelphia Home Rule Charter be amended to call on the Police Department to eliminate the practice of unconstitutional stop and frisk, consistent with judicial precedent, meaning an officer must have reasonable suspicion that a person is engaged in criminal activity in order to stop that person, and, therefore, an officer cannot stop someone unlawfully because of their race, ethnicity, gender, sexuality, religious affiliation or expression, or other protected characteristic?

• Shall The Philadelphia Home Rule Charter be amended to create the Office of the Victim Advocate to advocate for crime victims and to work with victim-services providers to coordinate, plan, train, educate, and investigate issues relating to crime victims?

• Shall The Philadelphia Home Rule Charter be amended to provide for the creation of a Citizens Police Oversight Commission and to authorize City Council to determine the composition, powers and duties of the Commission?

• Should the City of Philadelphia borrow One-Hundred Thirty-Four Million Dollars ($134,000,000.00) to be spent for and toward capital purposes as follows: Transit; Streets and Sanitation; Municipal Buildings; Parks, Recreation and Museums; and Economic and Community Development? ••