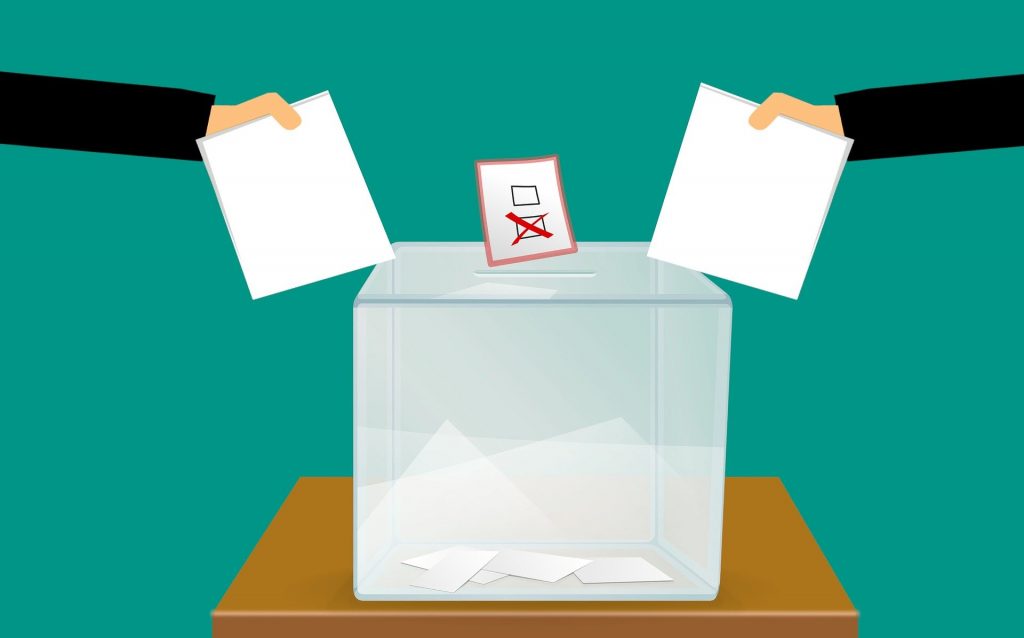 Wow. I want to thank everyone who voted in this past election.

Hoping that all of you who voted will maintain that commitment in 2022.

It’s amazing how we all can make a difference. Now let’s show that same enthusiasm to our local elected leaders who firmly believe that public office is their lifelong jobs.

City Council passed a bill to create a nonprofit to address poverty. Boy, how many of these nonprofits have I seen started in Philadelphia raped by people running them. The money stays at the top and nothing filters down to the people who need it. Usually, the head of the nonprofit gets indicted and gets a slap on the wrist. You would be better off putting the money on top of Willie Penn’s hat and let it blow away. At least some of it will reach the people who need it. Or you can give the job of running it to Movita Johnson-Harrell. She’s out of work and is allegedly more than qualified to steal from a nonprofit.

Philadelphians should file a criminal complaint case against DA Krazy Krasner in an appropriate criminal court.

He allowed an individual with many years of arrests for assault and other crimes to walk our streets who then committed other assaults while awaiting his open court case on a small amount bail.

The police were confronted by that individual, which did not result in a good outcome.

This might not be the only released criminal that he allows to walk our streets.

Therefore, he should be charged minimally with recklessly endangering another person for every Philadelphian, or 1.5 million counts.

I recently read a story concerning the 551-unit complex considered for 8400 Pine Road. Being the neighboring property, I have concerns and contacted the builder directly. They had no immediate plans, or so I was told, yet the city has planned a circle at Pine Road and Shady Lane to handle the additional traffic, so is this already a “back-door done deal?” I counted 27 cars yesterday sitting there on Shady Lane waiting at the Pine Road stop sign. What will 551 more residents do to that? Forget about Rhawn Street and Huntingdon Pike, those are already flooded. Speaking of flooding, where will they flow all of the stormwater runoff to? The storm sewer on Pine Road is only 9-foot deep, and the 8400 property drops 20 feet. Water still does not run up hill, even in 2020. And I’m downhill from there. The creek through our property is already at full capacity, so channeling the stormwater to it is not an option. I would have thought I would have been notified, being the only connecting property, but have heard nothing from anyone. So as of now, I am heading the opposition to this project. I am not tech savvy, so anyone who can assist with an online petition, I am all up for it.

On Nov. 3, our country held a national selection in place of the normal election. It’s more than embarrassing, it is dangerous when millions of citizens lose faith in the electoral process.

The mail-in ballot tactic was very troubling. In Philadelphia, it was like a used clothing drive. I got more than 20 mailings, asking me to vote by mail ballot. The ballot box where I live had no security.

The PA Supreme Court determined that mail-in ballots did not need a date stamp nor did they require a signature-match for verification. Ballot watchers in Philly were given limited access to view them. Yet, in-person voting had tighter standards — that’s a blatant violation of the U.S. Constitution.

PA’s mail-in ballot rejection rate was about a third of a percent, when the national standard is 3 to 4 percent. PA accepted any slop turned in. No wonder the late Joe Frazier voted again. And I’ll bet he didn’t vote for Trump.

Nationwide, much fraud has been alleged, with the outcome still to be determined. How do mail ballot dumps show up in the middle of the night overwhelmingly for Joe Biden? An order from “ballots R us?”

I would hope that in the future, we would treat voting as a serious act, at least as serious as going to the market to buy a bag of potato chips. We can buy chips in a pandemic, can’t we?

It’s simple. In-person voting only, except for the impaired. Have a voting weekend, not a month. Vote by ID only – you can’t even get your teeth cleaned without showing ID. And yes, for once, let’s let Joe Frazier rest in peace.

Are food carts in our neighborhood a greater menace than a 140-acre distribution center spewing 15,000 tractor trailer trucks each day onto already crowded streets?

Councilman Brian O’Neill’s actions, or inaction, would lead us to think so. In 2019, he used his councilmanic prerogative to totally prohibit food carts in the Northeast as unfair competition with established restaurants paying property taxes, disregarding the effects on neighborhood residents.  Also in 2019, in conjunction with Council President Clarke, “legislative measures to review and reform the zoning code in order to put residents on equal footing with developers” were enacted  so that “business will be conducted publicly and transparently” and to counter “the persistently high rate at which use variances are granted by the Zoning Board of Adjustment. The people who choose to call Philly home, who help make our City an increasingly attractive and vibrant place to live and work, deserve predictability with regard to neighborhood development and for their needs to be heard and respected.” Also mentioned was “Philadelphia’s development process while encouraging positive development and protecting the character of Philadelphia’s neighborhoods”.

These goals are being perverted by the Red Lion Road construction, currently designated as a UPS Distribution Hub Facility. Disclosures at the most recent City Design Review meeting underscored the ongoing deceit perpetuated by both the construction company and UPS. This includes lack of transparency, reduced job creation, dishonest traffic studies, inaccurate environmental impact reviews, denial of state subsidies. Longtime residents and businesses provided examples of the destructive results that would occur if this facility is completed. A 1-million-square-foot site with 24/7 trailer truck activity must not be built in a highly populated residential neighborhood.

The only acceptable remediation is termination of this site’s construction.