What is interesting in the U.S. is the handling by the police, statements by our elected leaders and usage of the national guard when some of the same crimes of civil disobedience occur over an election vs. a white police officer shooting.

The election was fair

In response to Al Ulus’ “Phony election” letter, Al, it’s over. Joe Biden defeated Trump by almost 8 million votes. Eight million. I am one of those 8 million.

Your so-called American patriot is nothing but a spoiled child who can’t accept that he lost in a landslide in both the popular vote and the Electoral College. And because he continues to spread his baseless lies, he perpetuated a terrorist attack on our Capitol. And if you back the groups that conducted the raid on the Capitol building, then you must be a terrorist as well.

President Trump will be missed

I don’t understand why people in general love corruption by voting for Sleepy Joe Biden, as he is the wrong choice, in my opinion. I don’t understand why people in general don’t want to go by law and order, and do whatever they want. President Trump is my favorite president of all time, as he helped the economy as a result of helping all of us Americans out. The Chinese virus was not his fault, and anything bad that happened is not his fault. I’m saddened to see him go out of the White House on Jan. 20. He will be missed by me, as he is one of my heroes.

Claims that there was a lot of voter fraud resulting in a rigged election have been denied by the courts because there was no evidence to support the claims. To attempt to add validity to a claim of fraud by referring to the flag, integrity, the Constitution and patriotism does not make the claim any more valid than claiming that the courts rejecting the claim do not support the flag, the Constitution and lack integrity and therefore are not patriotic. No matter how many claim loudly and repeatedly that every morning the rooster crows and then the sun rises means that the rooster caused the sun to rise does not make it true. Such a claim, like the claims of voter fraud, likewise require evidence.

The city not being ready for large protests, boy, you can say that again. Where is Kenney’s and Outlaw’s apology to the officers on the street like the one that was given to the protesters. If officers had any organization and management from above, they wouldn’t have been put in the positions they were put in. They didn’t even learn from experience. The Wallace situation brought out all the warts again. You actually had a police commander shut down Center City for a few nights just in case something might happen. It took officers from other duties to protect an empty Center City. These were the officers who were working extremely long hours because of the Wallace affair. Tired officers make mistakes. And yet Outlaw and Kenney allowed it to occur. Talk about misuse of overtime and officers. The word management and the words City of Philadelphia should not be used in the same sentence.

On TV on Jan. 7, the media were asking how did this happen at the Capitol building and, of course, blaming President Trump.

I do not condone this kind of violence anywhere/anytime at all. Although I do think people are fed up with our government. This was a wakeup call from the people to our government. but should have been handled differently.

Stop spending our money like water; allowing all illegals to just walk in and giving them everything for free; trying to take control of the people’s lives; the corruption in government; lying to the people; career politicians – term limits needed; exempting yourselves from laws you made or may make; taking the people’s Social Security money and give them a decent raise; working for yourselves and start working for the people; and the indoctrination of our children.

Yes, President Trump has his faults, but he loves America. He is not a polished politician and should not have said some of the things he has said, but he worked for the American people, and that you cannot condemn him for.

Last but not least, Americans do not want socialism/communism for America.

In the Jan. 6 edition of the NE Times, Mel Flitter wrote a letter titled Sparing all lives.

Truthfully speaking, I did not exactly get the point being made but that is not the reason for this reply.

When someone can seem to equate the matter of abortion and wearing a mask in the same point for debate, I am left stunned.

Wearing  a mask seems to be a matter for debate – it depends on which group of scientists and “experts” you choose to believe.

Abortion can in no way be relegated to that same arena of debate.

Consider gravely the state of New York (Reproductive Health Act). Babies are now allowed to be aborted up to the time of birth for nearly any reason to preserve the health of the mother. Health is not defined. The abortion need not be done by a physician. If the unborn baby is killed during an attack on his or her mother, it is not classified as a homicide. Since the baby is not outside the mother’s womb, the baby is not deemed a “person.” If the baby survives the ghoulish attack in utero and still manages to live once outside the womb, a second physician is no longer required to be there to assist the struggling newborn.

The writer asks if “there are circumstances under which sacrificing some lives to save many others” is a moral choice. We all have to make moral choices.

We know that abortions are not primarily done to save the life or health of the mother. These precious babies who could be minutes away from taking their  first breath and crying their first cry are being sacrificed. To what end and for what purpose?

This is a question we all need to ask ourselves in this time in history.

Their lives should be spared. Our silence in the face of such inhumanity is deafening. 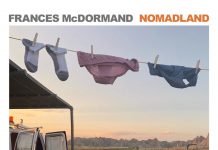