Mayfair native Sean Hand has attended hundreds of networking events and along the way realized a universal truth: networking is awkward. With his book The Awkward Networker, he’s trying to help professionals shed the awkwardness and make meaningful connections.

On a 95-degree day in the middle of a balmy Philadelphia summer, Mayfair native Sean Hand found himself sweating in isolation in a stuffy, AC-free bar in Old City. He had offered to fill in for a colleague at a networking event, but the sea of unfamiliar faces was getting to him almost as much as the sweat that turned his baby blue sweater to a dark navy.

A man approached him. If it’s a networking event, why aren’t you meeting anyone, he asked. Hand responded he didn’t know anyone there. Patting him on the shoulder, the man said he wanted to introduce Hand to someone.

“We walked up to a guy and he said Mike, I want to introduce you to Sean, he seems like a great young man,” Hand recalled. “The guy turned around and it’s [at the time] Mayor Michael Nutter.”

Hand stumbled over his words at the surprise of meeting the mayor so unprompted, and, he recalled, said something slightly embarrassing that made Nutter’s wife Lisa laugh. It was a brief encounter that didn’t pan out ideally, but it taught him a life-changing lesson.

“It was my first realization that I should get in line, because everybody there is sweating and feeling awkward,” he said. “There’s no harm in embracing that.”

Having since attended hundreds of networking events for his career, Hand, a Father Judge graduate, has honed the craft of making good first impressions and evading faux pas. Now, he’s sharing his expertise with others.

The Awkward Networker is a 120-page guide to navigating an inevitable truth: Networking can and will be awkward. All professionals will experience it. But with concise tips and cringeworthy anecdotes, it aims to help readers improve their prospects at successful networking interactions. 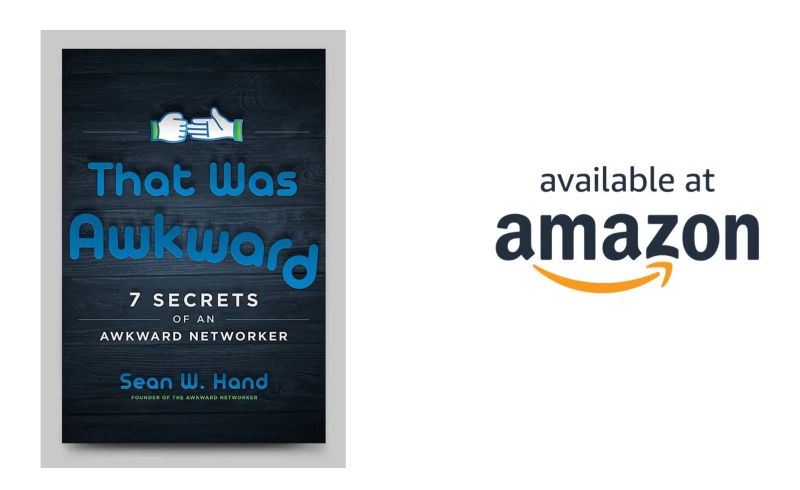 In 2017 Hand started a blog called the Awkward Networker, dispensing nuggets of happy hour wisdom to his gradually growing audience. He developed the brand into a presentation given across the country and mentor young professionals, and at one point even got to interview Mayor Jim Kenney, a full-circle moment of redemption from his encounter with Nutter.

After two years of writing, the book is ready for audiences.

“People kept reaching out with more ideas and questions about specific situations, and finally I wanted to do that thing I kept saying I wanted to do and write a book,” he said.

Designed more for quick reference than a long read, Hand’s writing zips through many tips and techniques. One of the most valuable tips he wants to share is you can avoid awkward situations by asking connections you just met a simple question: Where was your last vacation? (Or, in modern times, where do you hope to travel to once the world returns to normal?)

“It’s a good silver bullet question to find out about their family life and helps determine where to lead the conversation, and also puts them in a positive place,” he said.

Without prying too much, it could help reveal information to avoid assuming the person’s family status or interests.

Another tip? When in-person networking can one day resume, don’t simply “Irish goodbye” and disappear from the event or happy hour to catch your train ride home. Instead, make a round to exchange farewells and intentions to follow up with new connections – this makes the connection feel like they’re somebody worth talking to, and fosters a feeling of intimacy between you.

But what about for right now, when the vast majority of networking is done virtually? Building a virtual brand by posting on LinkedIn or other online content like podcasts is a good way to foster an audience and make people come to you, Hand said. During shutdown, Hand launched FurloughNetwork.org, an online platform meant to dispense advice as well as keep people connected.

Next time you go for a handshake and are met with a fist bump, Hand wants you to know we’ve all been there, and you can still make a meaningful connection.

“Everybody is feeling awkward – there’s no harm in embracing that and knowing you can have a successful night despite awkward situations,” he said. ••

Awkward Networker is available on Amazon or AwkwardNetworker.com.