An injury to a team’s first-line center is usually a killer — especially when he is the reigning best defensive forward in the league.

Sean Couturier’s absence will no doubt be missed at both ends of the ice over the next couple of weeks as he recovers from a costochondral separation, which is a fancy way of describing when ribs come apart from the sternum. But thanks to a deep roster of homegrown talent, the Flyers should be able to keep their heads above water without their star pivot.

No. 1 center goes down, possible No. 1 center of the future Morgan Frost steps in. This is a luxury most teams don’t have. Starting with the Ron Hextall era and continuing into the current Chuck Fletcher era, the Flyers changed their ways and loaded up on draft picks instead of trading them away at the deadline. They refilled the cupboard when in previous years it was bare.

Of the 22 players listed on the Flyers’ active roster, 17 of them were either drafted by the Flyers or discovered as diamonds in the rough as undrafted free agents (Michael Raffl and Philippe Myers).

Only five players (Jake Voracek, Kevin Hayes, Justin Braun, Erik Gustafsson and Brian Elliott) played for another NHL team before suiting up for the Flyers for the first time. For comparison, Boston and Pittsburgh each have only 12 homegrown players in their regular lineup. Washington has 10. The Rangers have just eight.

Although Frost is far from proven in the NHL, the Flyers have played it right, not rushing the 21-year-old into the lineup to play limited minutes in the bottom six. His pedigree of offensive flash was evident in juniors, as he twice scored more than 100 points for the Soo Greyhounds in the Ontario Hockey League.

After a 20-game audition with the big club last season in which Frost produced two goals and seven assists, the Flyers were able to send their 2017 first-round selection to the Phantoms, where he could play in key situations and hone his skills on the powerplay. Frost played a key role on the Phantoms, scoring 13 goals and 16 assists in 41 games last year in the AHL. This was all possible because of the Flyers’ organizational depth and productive drafting in recent years, allowing him to develop at lower levels.

This has been the case with many Flyers prospects. It seems like decades ago, but you can remember Ivan Provorov and Travis Konecny were also held back in juniors their first eligible year by the organization. Carter Hart, too. On the flip side, Nolan Patrick made the team during his first camp, and the second overall pick has struggled in development, albeit mostly because of injuries during his first three years..

Injuries are always going to be part of the game, but the Flyers seem more prepared than ever to deal with them. 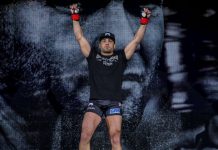