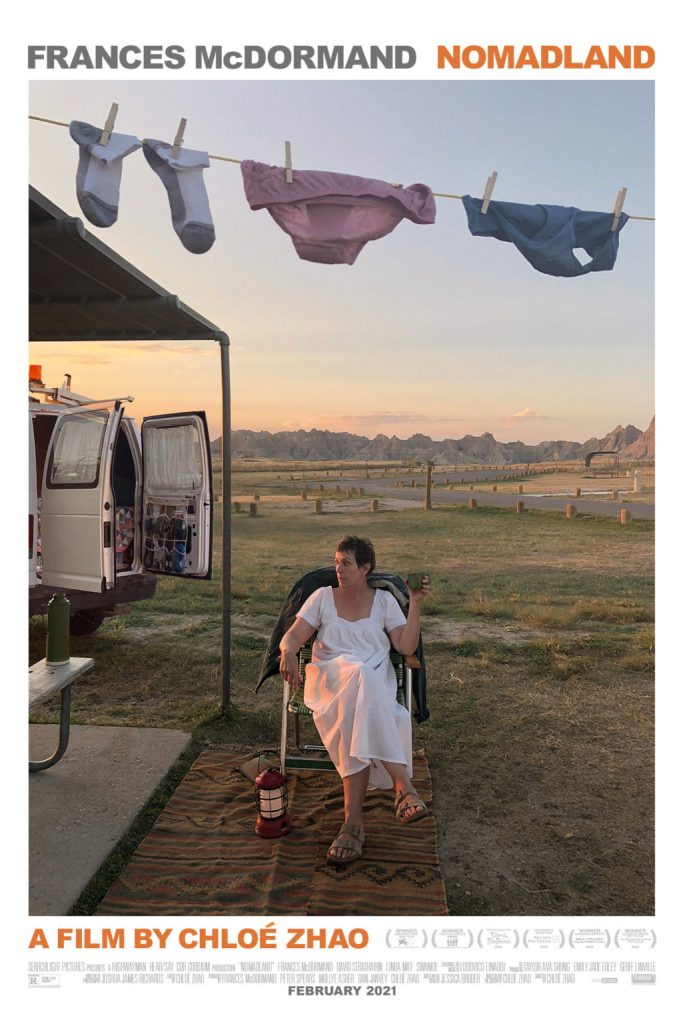 In 2011, amidst a recession, a sheetrock plant in Empire, Nevada permanently closed, eliminating almost 100 jobs and sentencing the already-sparsely populated location to exist more or less as a ghost town. Soon after, the 89405 ZIP code was discontinued, almost like the town itself was swallowed in the grand desert landscapes of the American west.

In Nomadland, directed by Chloé Zhao and streaming on Hulu, Zhao uses the forgotten town as a backdrop to tell the story of American people who abandoned and were abandoned by all else as they attempt to find the meaning of home. The story is told through the eyes of Fern, a fictional character played by Frances McDormand (also a producer), who begins a nomadic life in a beat-up van after losing both her husband and her town.

Following the Great Recession there was a phenomenon of older Americans adopting such a mobile lifestyle, traveling the country with funds they scraped together from seasonal work, as documented by journalist Jessica Bruder in her book Nomadland: Surviving the America in the Twenty-First Century.

The film’s cast is comprised mostly of real Americans who have embarked on their own similar journey: there’s Swankie, who dreams only of returning to Idaho to see the cliffside swallow nests one last time before she succumbs to cancer. There’s Linda May, a grandmother who wants to build her own home she dubs an “earth ship.” By telling these stories, the life of the film began long before the opening shot, and will continue to breathe long after the credits.

This gives McDormand and David Strathairn, the only other Hollywood actor in the film, the incredible challenge of telling their characters’ stories with matching realism. This is McDormand’s first live action role since she took home just about every award for 2017’s Three Billboards Outside Ebbing, Missouri, where she played a snarling, vicious woman seeking justice in an unjust world.

Here, she’s again rebuking the system that has tied her down – but instead of fighting from the inside, she has chosen to simply leave. She’s profoundly wounded and isolated, but not defeated just yet. Her performance is a whirlwind of subtlety, and a hurricane of silence.

Much of the film follows Fern as she travels landscapes lovingly captured by cinematographer Joshua James Richards to meet new people and learn their stories. It’s a series of beautiful vignettes that, by design, lacks a traditional plot structure, which could be a turnoff for viewers looking for something more action-driven.

But it doesn’t take long for Zhao’s direction to draw you in, and her confident focus on McDormand’s face to tell a story better left partially unsaid. It’s the type of movie that will have you crying throughout, without being able to quite explain why. In a year largely void of loud blockbusters released in theaters, Nomadland feels like a fitting release.

Throughout the movie Fern has several chances to settle down to begin a new life, but she’s never quite ready to leave the road. For her, home is grandiose deserts, or a visit to the ocean or a Podunk town. It’s time spent in solitude and time spent with her family or others on the same journey but a different path than her. It’s an endless road and a house packed with family on Thanksgiving. They’re different rooms in the same home. 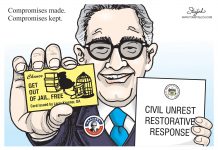