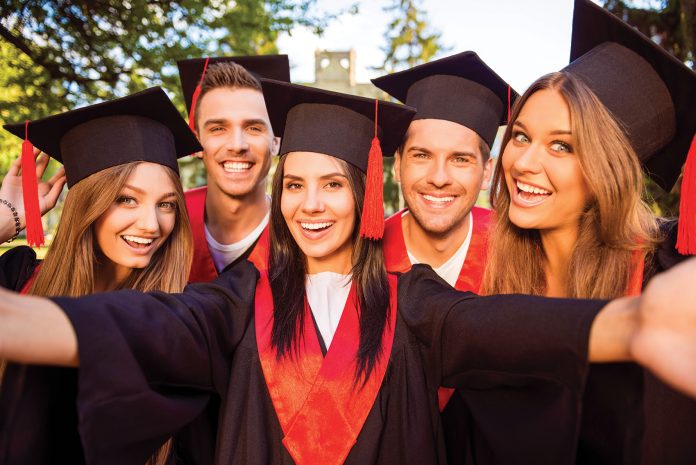 Mahrukh J. Choudhary, along with other medical students at Geisinger Commonwealth School of Medicine, learned their residency placements during the National Resident Matching Program’s “Match Day,” an event at which all fourth-year M.D. students around the country simultaneously open their envelopes to learn where they will spend the next three to seven years training in specialties. Residencies typically begin July 1. Choudhary matched into Emergency Medicine at Albert Einstein Medical Center. ••

Kyle Zayas participated in Albright College’s virtual “Music of the Living” choral concert on March 27 as a tenor in the concert choir and a member of the Mane Men. Zayas is majoring in music industry studies at Albright. ••

Widener University recognized the winners of its high school leadership awards during a virtual program. The winners included Cole Welsh, who attends Father Judge High School and is a Boy Scout and member of the National Honor Society and Student Council; Hannah Pothen, who attends International Christian Academy and created a student council; Noelly Bustamante, who attends Nueva Esperanza Academy Charter; and Lily Gaither, who attends Philadelphia Academy Charter and competed in the Pennsylvania Governor’s STEM Competition, through which she focused on combating air pollution through an outdoor air filtration system. ••

Students at Lehigh University attained dean’s list in fall 2020. This status is granted to students who earned a scholastic average of 3.6 or better while carrying at least 12 hours of regularly graded courses. Local members of the dean’s list are Michael Beaumont, Xiaowei Chen, Brandon Lima, Cindy Tran and Junan Mei. ••

Anastasia Fratanduono and Megan Kirn are members of the Kutztown University track and field program for the 2021 outdoor season. Both are graduates of Archbishop Ryan and majoring in criminal justice. Fratanduono is a freshman distance runner. Kirn, a senior, throws the javelin. The Golden Bears, who did not compete last season because of the coronavirus, took part in Saturday’s West Chester University Golden Ram Invitational. ••

Dozens of New York Institute of Technology students, including medical students at the institution’s College of Osteopathic Medicine as well as several undergraduates, contributed multiple chapters on animal locomotion (walking) to the Encyclopedia of Animal Cognition and Behavior. Tinsa Varughese, who is studying osteopathic medicine, was among those who participated. ••