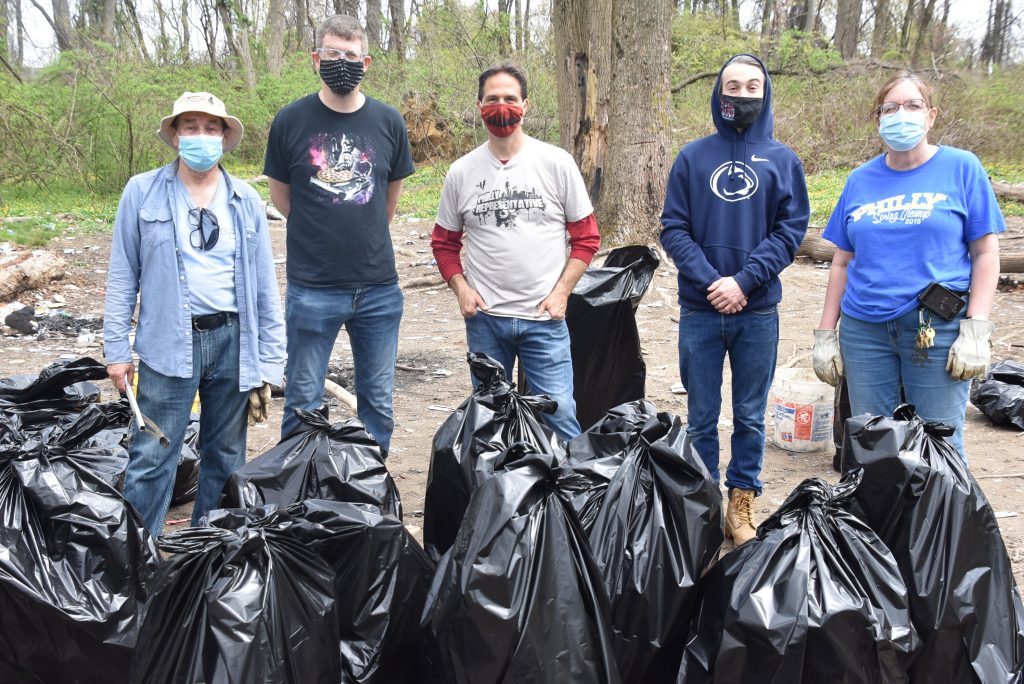 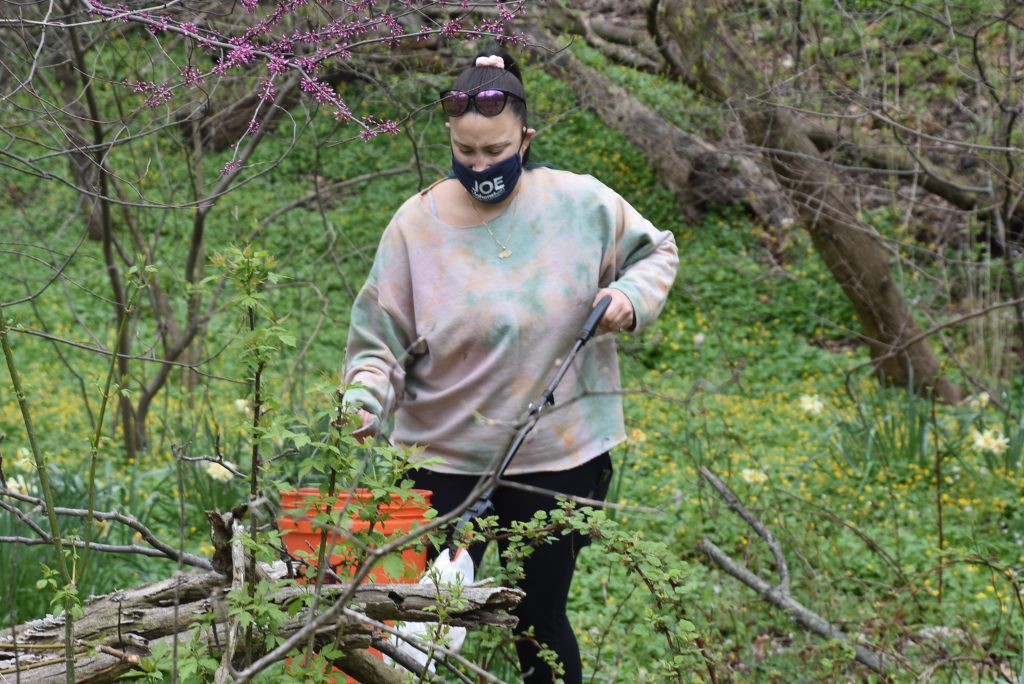 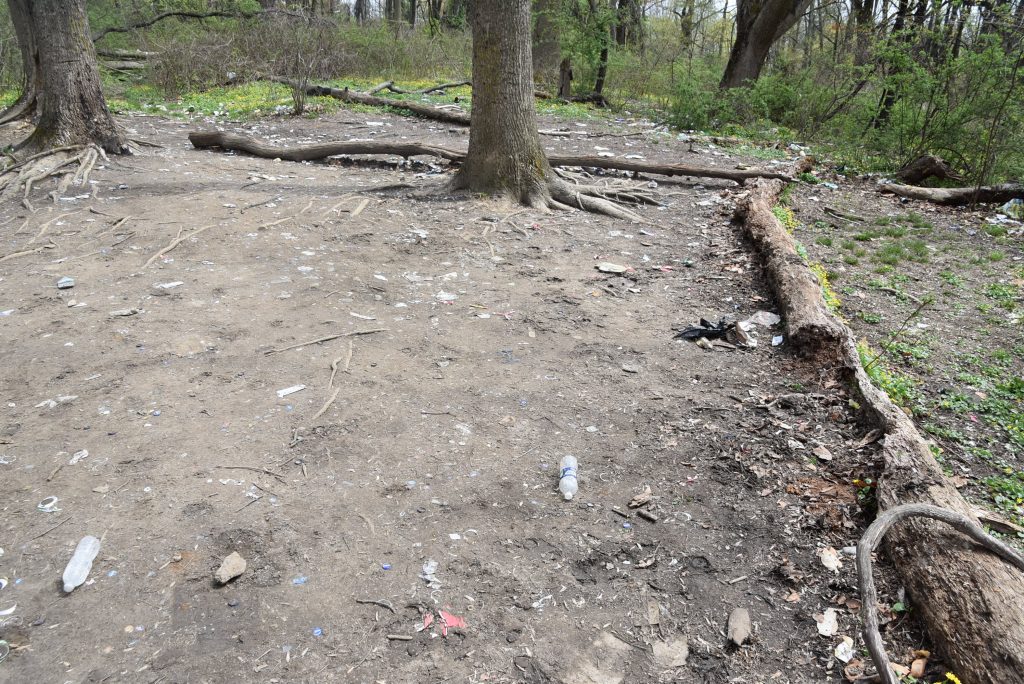 The party site looks a lot cleaner after volunteers removed beer bottles and other debris. 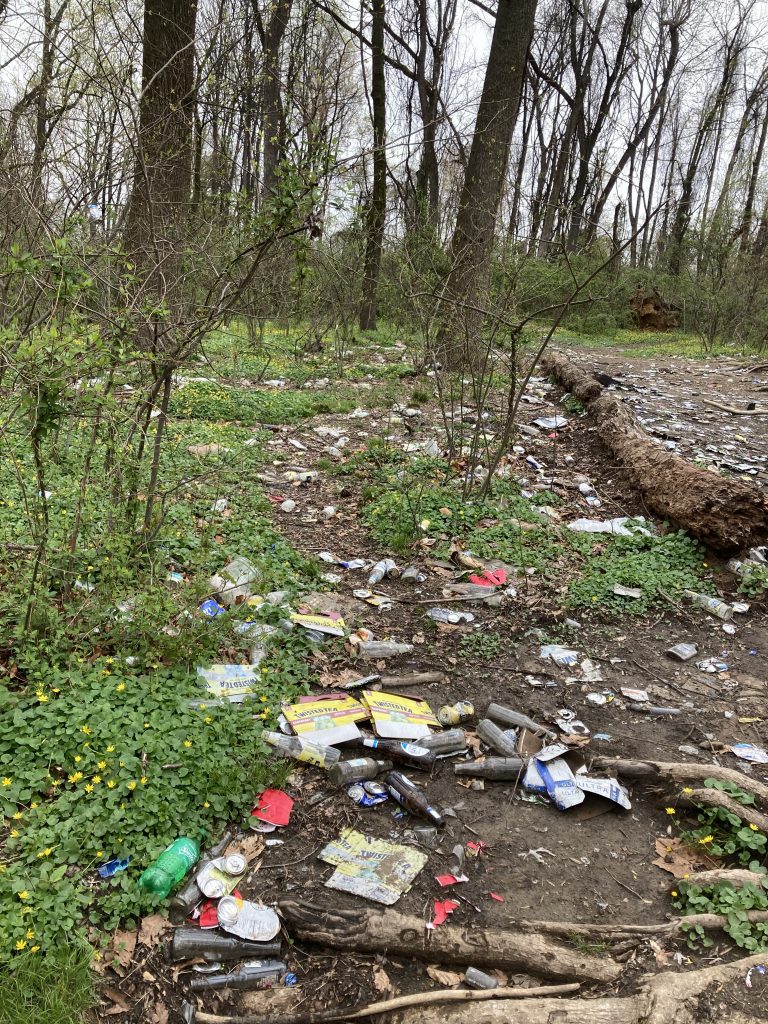 Volunteers cleared debris from the Little City area and hope the city does something about the massive potholes in the parking lot.

Hohenstein said cleanups are needed now more than ever after Friends of Pennypack Park had to go dormant last year when it lost its insurance following the settlement of lawsuits it had nothing to do with. Attorneys included FOPP in lawsuits against the park system because the group had “Pennypack Park” in its name.

Nance Kerns and George Scholl, formerly of FOPP, led a cleanup of beer bottles and cans in a portion of the park near the Winchester Park neighborhood. That secluded popular party spot is across the street and up a steep, unpaved hill from Little City.

A Hohenstein-organized group cleaned the same area last October, but there’s been plenty of partying since then.

All agree that a volunteer group similar to Friends of Pennypack Park needs to emerge to beautify the park. Hohenstein and Rep. Mike Driscoll back legislation that would remove liability for volunteer park organizations.

Jim Hunsberger, Mike Deputy and Mark Schaefer, all of the city Department of Parks and Recreation, hauled away the collected trash. ••