$1.5M for small businesses is too little and too late. Kenney has been weeks behind every move to reopen the city. This has occurred every time the state relented Kenney stayed pat. Well the price has to be paid somewhere and it’s the city’s tax revenue. People have other places to spend the money and found out it’s cheaper. There is no extra 2% sales tax, no 10% drink tax and no price to park when you go out to dinner. No to mention the loss of the business and wage taxes. Nice try Mr. Kenney but you should just use the money to feed the homeless that you allowed to overrun the city.

Or maybe build homes for the illegal immigrants whom you are protecting from ICE that you are more worried about than your average taxpayer. Mr. Kenney you and City Council have created problems in this past year that you are incapable of correcting.

I am a retired police officer, serving 25 years, and then 11 years working for the Corporation for Aging, helping elder people.

In my job as a Philadelphia police officer working the emergency patrol wagon, we did not have all the rescue squads they have today. I handled  death more times than I want to count and the color of the person did not matter. I treated all the same.

We see all day long trials of officers involved in the deaths of people even before the facts are out to the public and judgment made.

What I am upset about is that I have not seen one riot in our street when we have lost over 150 police officers in the past year in the USA doing their job to make sure that others can protest and then turn it into riots.

One last thing helping to stop all these shootings. I had arrested a person with a gun charge, testified in court and the person found guilty. The judge asked me why I had a frown on my face. I said because you will not sentence this person to the time they are supposed to serve for this gun charge. You know what part of my body got chewed out.

Let’s post the name of the judges who always let people off, even after many, many times doing the same thing. Do you think that will make them think twice before they smack them on the wrist?

Obey officers, no harm will come

We all agree that there are a few bad apples, but the majority of police officers are good people who put their lives on the line to protect the public, even those who protest them. Most shootings by police were the result of people not following instructions:

If a police officer says get on the ground and don’t move, you do it.

If a police officer says stop and come over here with your hands out of your pockets, you do it.

You do not tell a police officer you have a gun then reach for something. You wait until he asks you for it, then proceed to present it cautiously, however the officer instructs you to do so.

If you are pulled over by police and they ask you to put both hands on the steering wheel or exit your vehicle with your hands up, you comply without resistance.

If a police officer says stop, you immediately stop and do not move.

If a police officer says you’re under arrest, you do not resist.

Don’t try to wrestle an officer’s service weapon away from them; they will consider it a threat to their lives.

Teach children at a young age to obey the law and show respect for those in authority.

Always comply with the requests of police officers. If you believe you’ve been wrongly stopped, profiled or arrested, you can always pursue an official complaint later. Thousands of people of all ethnic groups are stopped by police officers every day without incident. Those who get hurt during a confrontation with police are usually those who are troublemakers to begin with and fail to comply with an officer’s instructions. Had the above lessons been adhered to, the majority of deaths resulting from recent police encounters probably would have not taken place.

The Children’s Organ Transplant Association was founded in April 1986 when residents of Bloomington, Indiana rallied around a toddler who needed a lifesaving liver transplant. In less than eight weeks, the community raised $100,000 to place the boy on the organ waiting list. But he died before an organ was found. Those community volunteers, along with his parents, turned tragedy into triumph by using those funds to help other transplant families.

For 35 years, COTA has assisted thousands of transplant families by helping to raise funds for transplant-related expenses. COTA has built extensive volunteer networks across the nation in an attempt to ensure that no child or young adult needing an organ or tissue transplant is excluded from a transplant waiting list due to lack of funds.

We need your help today to make sure that tragedies like the one that was the catalyst in founding COTA 35 years ago are not repeated.

April is National Donate Life Month. Every day, 20 people die in the United States waiting for an organ transplant. One organ donor can save eight lives. Today, 110,000 people are waiting for life-saving transplants. Please go to www.RegisterMe.org and register to be a designated organ and/or tissue donor.

Equality of opportunity is the goal

To discuss bias based on race, religion or national origin is as dangerous as having a drunk blind man staggering next to the 3rd rail in a subway tunnel. America is already badly enough polarized. Most debates generate a lot of heat and smoke but shed little light on the problem. Judging the above biases based on non-relevant criteria is an obvious mistake. Martin Luther King wisely said to not judge people by the color of their skin but by the content of their character. In other words, if you do the right thing you get the credit and if you do the wrong thing you get the blame. Fairness, equality of opportunity, should be the ultimate goal even if it does not always lead to equality of result. In spite of past and present injustices, no one should be pulled to the front of the line or dragged to the back based on anything other than their own personal merits. For example, hot arguments have long raged over the value of affirmative action and/or reparations for slavery. These could be construed by many as tilting the playing field to favor one group over another. Is this a fair and wise public policy or just another form of injustice? These issues are arguable and complex, and I cannot offer a solution since there are many reasonable arguments from both sides based on historic events. Let us work to fix the problem rather than to fix the blame. A faulty approach favoring one group over another creates more animosity and societal harm than it causes beneficial results. King was right. Demanding a level playing field is the wisest and most reasonable approach. 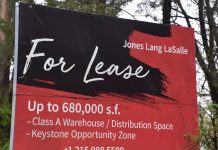