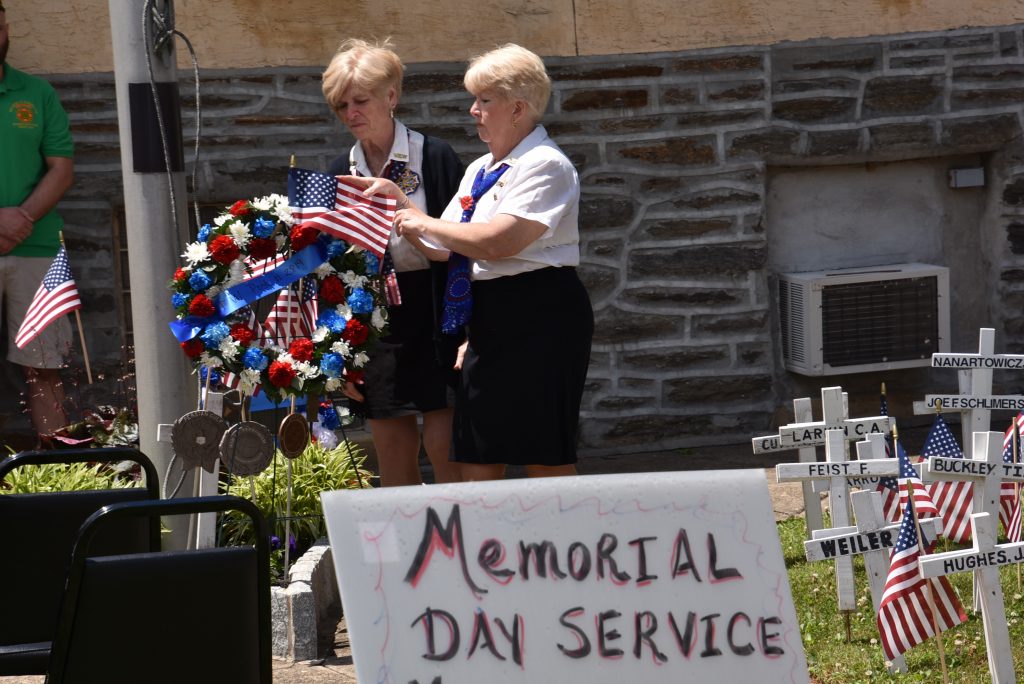 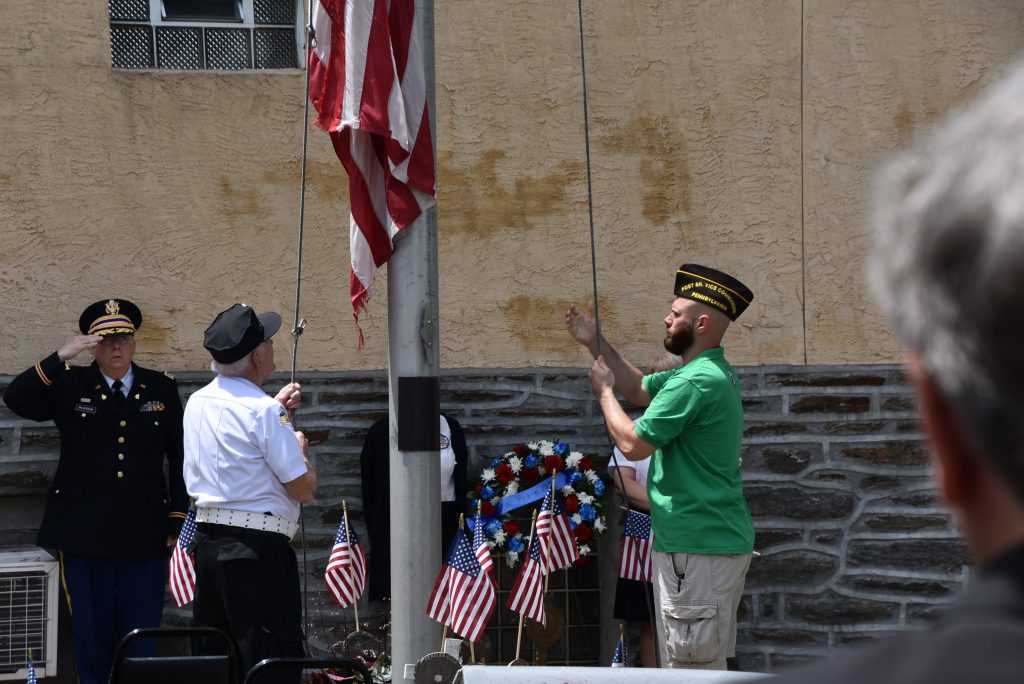 The post is named in memory of Crescenz, one of 27 Cardinal Dougherty High School graduates killed in the Vietnam War.

The front lawn featured hundreds of American flags and crosses, with the names of veterans killed in action printed on the crosses.

Frank DeFranco, commander of Post 2819, hosted the ceremony, which featured a performance of the national anthem by Luke Jardel while the American flag was raised.

Jardel played guitar as Michael Molloy sang The Green Fields of Arlington in memory of Crescenz and several others who made the ultimate sacrifice, including Michael Strange, a Wissinoming native and North Catholic High School graduate killed in 2011 in Afghanistan.

The event also included a wreath laying, the Pledge of Allegiance, a bell ring for recently deceased members and the singing of Happy Birthday to 95-year-old Navy veteran Joe Weitort. ••