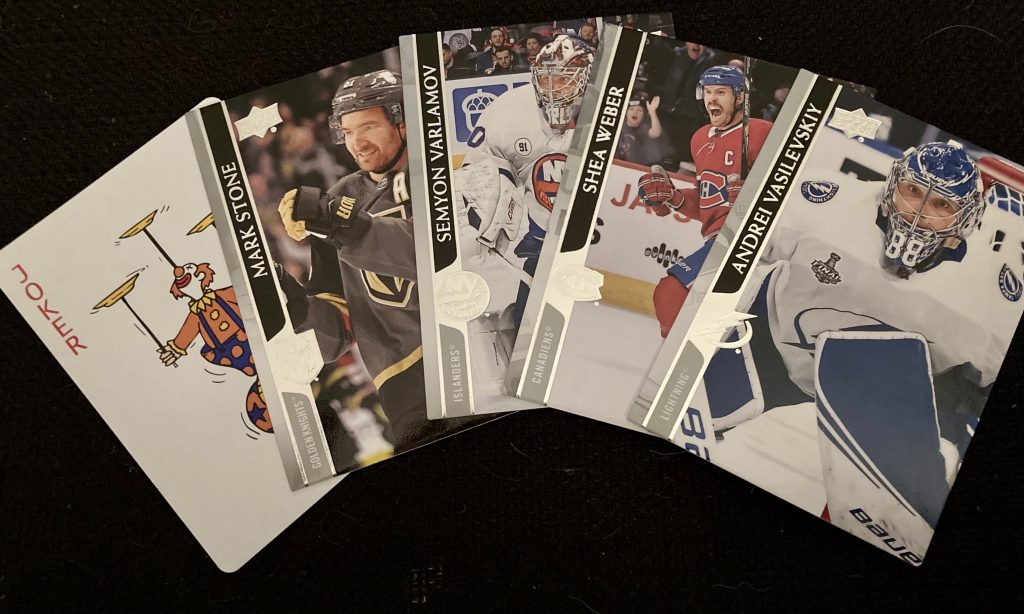 It’s been a concern before, but if there’s one thing the 2020-21 National Hockey League season has taught us, it’s that the regular season really doesn’t matter much.

Here we are with four teams left in the playoffs, and three of them didn’t even have home-ice advantage in the first round. All four of the division winners are toast. It’s not to say the Montreal Canadiens, New York Islanders or Tampa Bay Lightning don’t deserve to be there. They do.

But their respective paths really weren’t any more challenging than anyone else, and that seems to be a problem for the NHL. It was just as easy for a couple of four-seeds (New York and Montreal) to knock off top seeds in the first round and the same goes for the three-seed Lightning, who took down the second-seeded Florida Panthers before eliminating Central top seed Carolina.

The lower seeds have actually won nine of the 12 series against higher seeds through the first two rounds of the playoffs. It’s great if you like betting the underdogs. It’s bad if you want competitive games in the regular season in the future.

Why break a sweat? There is still little incentive to have a strong regular season. Just win enough to get in for a 1-in-16 shot of lifting the Stanley Cup. You might call it the Los Angeles Kings formula.

That’s what the Canadiens did this year. They posted the 18th-best record in the league during the regular season — just one point better than the Flyers, and one point worse than both the Dallas Stars and New York Rangers, who both missed the playoffs.

Again, no disrespect to the Habs. They knew what they needed to do to qualify for the postseason and they did it. At the time it seemed like beating the North Division-winning Toronto Maple Leafs would have been a taller task, but to get where they are, they were going to have to go through Toronto anyway. So what’s the difference between finishing second or fourth?

Tampa Bay certainly didn’t lose any sleep. They kept former MVP Nikita Kucherov on long-term injured reserve all season long until the playoffs began and it helped them navigate their salary cap crunch because the cap doesn’t apply to the postseason. The Lightning could have gone harder after the Presidents Trophy or tried to win the Central Division but decided to take a different approach, sitting Kucherov until crunch time, and it worked for them. We’ll never know exactly when the Russian star became 100-percent healthy but only a dummy would think it was pure coincidence Kucherov just happened to be ready to go exactly as the puck was dropped in Game 1 of the first round.

The Colorado Avalanche did go for it in the regular season. They were the best team in the regular season and there was no escaping a second-round meeting with the Vegas Golden Knights, who tied them in the standings but yielded the Presidents Trophy on a tiebreaker. It was a great series, but one that should have been in the next round or even in the Cup Final if the league would ever consider a 1-through-16 format.

I’ve never been one to advocate for more teams in the playoffs, especially as a return to balance is on the horizon next year as the Seattle Kraken become the 32nd franchise, meaning exactly half of the teams will make the postseason. It’s a nice even number.

But last year we received a glimpse of something different, as the NHL instituted play-in rounds. Anyone who finished ninth through 24th had to battle a best-of-five series just to qualify for the final 16. It made it harder on the teams that finished lower in the standings and rewarded those at the top. It also added a little bit more playoff revenue, which made the league a little bit healthier.

The Stanley Cup-champion Lightning and runner-up Dallas Stars took advantage of not having to compete in the play-in round last year, much like teams in baseball and football benefit from receiving a first-round bye. It all worked out.

The playoffs are great, but the NHL needs to find a way to have the regular season matter.