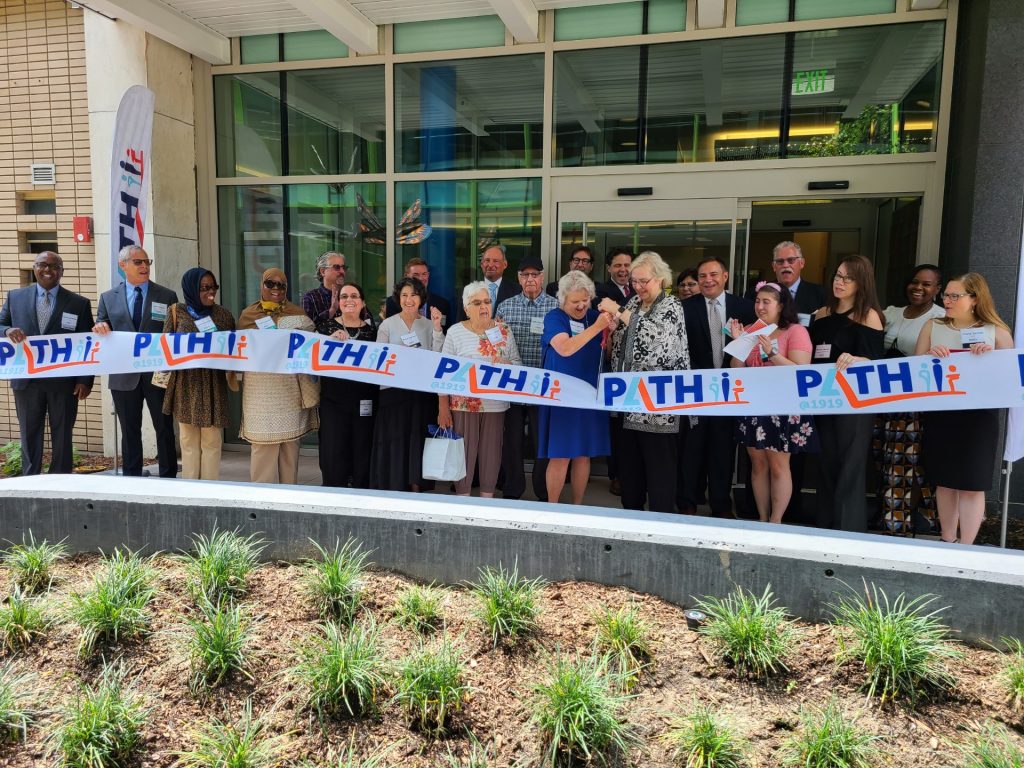 The governor and mayor were among those celebrating on Monday as People Acting To Help opened its new headquarters at Castor and Cottman avenues.

PATH was founded in 1973 by parents hoping to aid their children with intellectual disabilities and behavioral health issues.

PATH had been at 8220 Castor Ave. (at Emerson Street) before moving to its current location, a Firstrust Bank branch that closed in 2017.

The bank building has been expanded to house adult programming and PATH’s administrative offices. The new Korsin Building was built exclusively for children and youth services. Bloomfield Associates designed the buildings.

PATH has a $49 million annual budget and more than 600 employees, and serves more than 4,200 children, adolescents and adults each year.

Partner providers that will be on site include Beyond Literacy, Clarifi, Campaign for Working Families, Community Legal Services, Mighty Writers, SeniorLAW Center, The Welcoming Center and UESF housing stabilization.

Groundbreaking took place in November 2019, and the project was completed on time and within budget. PATH remained open through most of the coronavirus pandemic, as it was considered an essential service.

“Our staff rose to the occasion,” said Andl-Petkov, a 43-year employee who has been president and CEO for 36 years.

Megan Staeb discussed her decade as a PATH client, thanking the agency for “non-judgmental support” that has helped her overcome severe anxiety. Staeb earned an associate’s in English at Community College of Philadelphia, is pursuing a bachelor’s at Penn State Abington and plans to enroll at Drexel in hopes of getting a master’s in library science.

“Thank you for changing my life,” she said.

State Rep. Jared Solomon described the headquarters as a community hub, and is pleased local residents, including immigrants, don’t have to travel to Center City for literacy, housing and other services.

State Sen. John Sabatina Jr. is happy that construction and full-time jobs were created for an expansion that will improve the Rhawnhurst/Castor Gardens neighborhood.

“They’re going to be a cornerstone in this area for a long time,” he said.

Firstrust board chairman and CEO Richard Green recalls, as a 7-year-old in 1959, being at the bank ribbon-cutting ceremony. Green believes Firstrust and PATH both help people succeed and achieve their dreams. He believes his company selected the best buyer to anchor the corner of Castor and Cottman.

“We chose the right PATH,” he said.