Fireworks out of control

I am all for having fireworks on July 4 to celebrate our country’s birthday. However, this year wasn’t about fireworks — but rather being jolted every few moments by loud explosions that shook our homes for hours on end. On my block, the 1300 block of Levick St., smoke was billowing into homes across the street from where fireworks were being set off. Sparks were hitting my house literally banging on my windows. It sounded like gunshots were being fired throughout the night. It was impossible to sleep until the early hours of the morning. and it was quite honestly frightening.

After speaking to a number of my friends throughout the Northeast, my block was more the rule than the exception. So many people were distraught — people with children, pets that were quivering and even veterans who suffer from Post Traumatic Stress Disorder.

The Fourth of July celebration should be one of joy and togetherness — not fear and anxiety. There needs to be consequences to those who go out of their way to interrupt others’ lives such as large fines for disrupting the peace. There is no excuse for this careless behavior that is also dangerous to homes and residents.

Clean house at the school district

In regard to news of the chaotic start of summer school, why should we expect anything but disarray from the school district? Before the pandemic, they were throwing around money like they had it. Now that they have an excess of federal money, they think it solves all their problems. When you are mismanaged from the get go, money doesn’t make better managers. It’s time for the district to do a good house cleaning from top to bottom. It has been locked in mediocrity for years. When the powers to be accept graduation rates in the mid-60s, you know you have a problem. It’s a good time to do a good house cleaning after the past year with the pandemic bringing so many more of the district’s problems to the forefront.

Thousands of cars have been on I-95 at one time or another. A road that is known for its speed and backup of cars that can go back as far as the eye can see. On top of problems with I-95, it has become a haven for trash.

No one attends to this problem, so drivers continue to throw stuff out their car window. The state needs to get a crew out to clean up the mess before little creatures start to nest. Also, drivers should be made aware that they will be fined.

Do all lives matter?

Has any family member of a fallen police officer who was killed (assassinated) in the line of duty ever been awarded a $27 million settlement? I thought all lives matter.

Everything has a purpose

Paraphrasing from the book of Genesis: God created the heaven and the dry land Earth and brought forth grass and seed and upon the waters he created great whales and sea life abundant of marine creatures, which eventually moved onto the dry land to bring upon land creatures that became the dinosaurs.

And eventually these huge dinosaurs that roamed the Earth perished and imbedded into the layers of ground, became fossil fuels. And centuries later, as man walked upon the Earth, he needed light.

So before humans discovered crude oil, we used oil lamps that included a wide variety of plants such as nuts (walnut and almond oils) and from seeds (sesame, olive, castor or flax oils). Also used were animal fats from fish oil, shark liver oil and of course seal and whale blubber.

So as you can see, there was a reason why all this happened. God created to use the resources He had provided to give us a purpose to live.

With all this fossil fuel that the dinosaurs have laid down for us, a gift from God himself, but we humans are not going to use it because we are afraid of climate change conjured up by some bureaucrats?

We fish out of the oceans for food. We use animals to sustain us for food. We breathe the air for oxygen. And we use fossil fuels for everything that makes the world run, and there is so much reserves for another thousand years but our bureaucrats want us to sit on it.

Al, my friend, you said it yourself, this day and age, everyone has some form of identification, either photo or driver’s license. So why do we need to waste taxpayer money on a “special” one just for voting? It makes no sense. It’s just another obstacle designed to make it harder for people to vote. Another ploy by the minority to continue their assault on voter rights. You are right about most European countries having voter ID. They are automatically given out by the government. Everyone is automatically registered to vote when they become of age based on their place of residence. No voter suppression that way. This practice is almost universal in Europe with the exception of the UK. I do agree with you that the major reason for the gun violence disaster in our city is due to the softness of Kenney and Lousy Larry, our DA. But another problem is our state legislature and its spiteful policies regarding Philadelphia. But everyone walking around with a firearm on their hip is not the answer. And lastly, the only do-nothing party is the Republican Party. And the most do-nothing politician is Mitch McConnell. He goes out of his way to block everything that Democrats try to do. Bipartisanship to him is his way or the highway. No matter what the majority of the American people want. Minority rule at its worst.

Expanding the sale of ready-to-drink cocktails to additional retail outlets that already sell beverage alcohol is a commonsense way to increase consumer convenience and generate millions of dollars for the commonwealth.

In fact, allowing spirits-based RTDs to be sold at grocery stores, convenience stores and local bars could result in up to $184 million in tax revenue for Pennsylvania.

Currently, spirits-based RTDs must be sold through Pennsylvania Liquor Control Board stores despite having the same or similar alcohol by volume as their beer and wine counterparts.

The pandemic has accelerated the growth of these products as adult consumers look to recreate the cocktail experience at home with convenient, canned cocktails. But in Pennsylvania, there is less than one spirits store per 10,000 people – well below the national average of 3.4 outlets per 10,000 people – making it much more difficult for consumers to enjoy spirits-based RTDs.

States are taking a closer look at this issue to provide consumers with the same equal access to wine-, malt-/beer- and spirits-based RTD products.

Expanding the distribution channels of spirits-based RTDs will benefit adult consumers, local businesses, the state and suppliers of beer, wine and spirits. We urge the legislature to pass HB 1154 and Gov. Wolf to sign it. 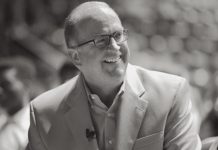