“Turn and face the strange. Ch-ch-changes.”

David Bowie said it best and Flyers General Manager Chuck Fletcher pulled it off. The 2021-22 Flyers will have a much different look when the team takes the ice in October. And we’re not talking about those weird reverse retro uniforms. Fletcher hinted that he’d enter the offseason swinging and he delivered with several bombshells leading up to the National Hockey League’s Entry Draft weekend.

Gone is Jakub Voracek, who called Philadelphia home for the last decade and collected the 10th-highest point total in team history. He was traded one-for-one to the Columbus Blue Jackets for Cam Atkinson.

Vanished is the “Ghost” Shayne Gostisbehere, who spent seven years here with polarizing results as one of the most exciting players to pass through.

Farewell to Nolan Patrick, whose disappointing, injury-plagued time in Philadelphia came to an abrupt halt, as the No. 2 overall pick was dealt along with promising lanky undrafted defenseman Philippe Myers to bring back a veteran blue liner in Ryan Ellis.

Robert Hagg’s time came to an end, too, after the 2013 draft pick was a throw-in along with a few highly coveted draft picks to bring back hulky Finnish defenseman Rasmus Ristolainen.

We hardly got to know Carsen Twarynski, who was taken in the Seattle expansion draft. And Brian Elliott is also unlikely to return as the team’s backup after playing four seasons in Philly. Even more changes might have been made in the time before this article was published.

It’s been a whirlwind of a week and free agency hasn’t even begun. The drastic changes signaled a demand for change in personnel as well as just how the team approaches each game on the ice. It’s no secret that Atkinson, Ristolainen and Ellis were targeted for their physicality, leadership and compete level. And the way things go this year could be a direct result of how the newcomers influence the guys who were already here.

Or … even more changes could be coming next year.

The Flyers could choose to extend Claude Giroux, Sean Couturier and Ristolainen this summer, as all three will be pending unrestricted free agents at the end of the next season. But they might be smarter to wait.

You can argue if the moves Fletcher made this offseason will help or hurt the team. But the Flyers do appear to be more talented on paper than they were last year — especially on the back end, where they struggled so mightily last season. They’ll be stingier on the defensive end, they’ll be better at killing penalties, and they should be tougher to play against. This should help Carter Hart return to what he does best.

That makes it a go-for-it kind of year, especially when you trade away young players and give up three high draft picks to do it.

If things go really well this year, the Flyers will probably offer Ristolainen some type of extension since they paid so much to get him.

If things go really well, the Flyers would undoubtedly give Sean Couturier both salary and term as a Selke winner and a centerpiece of the team.

If things go really well, they can keep Claude Giroux here, albeit at a lesser salary as he attempts to win a Cup for the only team he’s ever played for.

But if things go badly — that’s a different story.

If the Flyers don’t make the playoffs or don’t get past the first round, they probably shouldn’t be thinking any of those things just mentioned, which makes the Ristolainen acquisition that much more of a head scratcher with just one year remaining on his contract. If he plays well, they are basically cornered into giving him what could become a regrettable long-term contract or lose him for nothing. If he stinks, as some underlying numbers suggest might happen, they paid way too much for a rental.

The Flyers would then have gut-wrenching decisions to make with Giroux and Couturier on the future of this team. Couturier, now 28, will likely be looking for an eight-year pact at big money. It’s the kind of deal he deserves right now, but the kind of contract that can bury a team in the future. We’ve seen it so many times, most recently with Voracek.

Giroux would likely stay for less than his current $8.275 million salary but the cries for him to be removed from his captaincy from a percentage of the fanbase would grow louder after another playoff failure. Depending on how it all goes down, it might just be time to move on. Depending how it goes, the ugly rebuild word could become a reality after this big push.

This year will be exciting with all the new faces and the higher expectations. The Flyers better make the most of it in the win column or you can get used to another whirlwind of a summer. •• 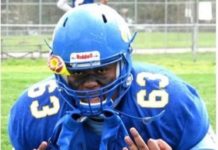 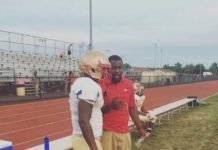