A celebration of Rinky 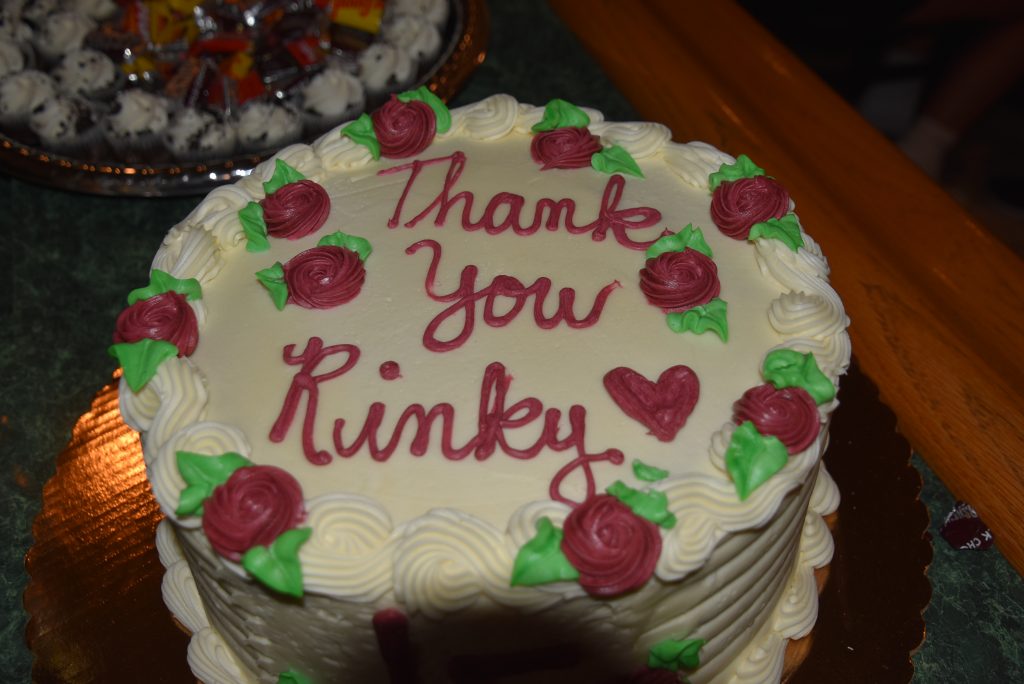 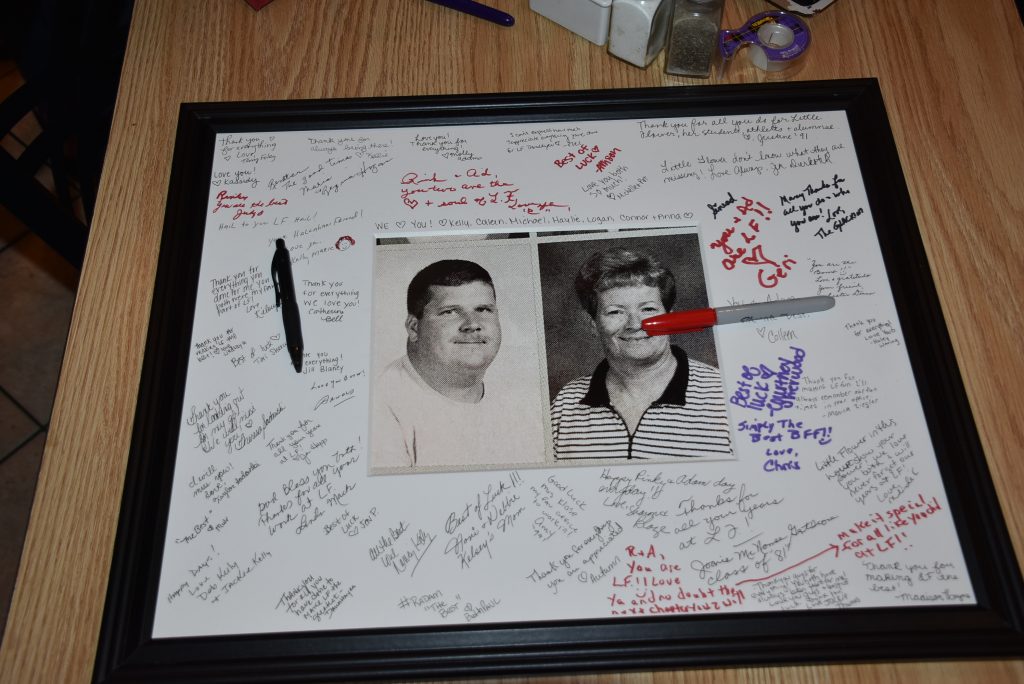 That all ended in June, when she was laid off as administrative assistant and later found out she wouldn’t be brought back as coach and trainer.

A committee was soon formed to pay tribute to her, and plenty of alumnae and others gathered Sunday at the Red Rooster in Fox Chase. Many wrote greetings on a poster board and wore T-shirts that read, “Little Flower, In This Hour, Show Your Power for Rinky.”

The event featured music, food, drinks, raffles, 50-50, the singing of the alma mater and more, with proceeds going to a newly established fund to help Little Flower students pay their sports fees. Rinky and her husband, former athletic director Adam Buchter, were known to assist athletes unable to cover those fees.

The celebration was a nice makeup for the one she didn’t get when she was abruptly laid off.

“The outpouring is unreal,” she said. “The alums are strong. It’s overwhelming. That’s what Little Flower is about.”

Rinky was one of nine Kane children who grew up on Castor Avenue. She attended St. Martin of Tours and Little Flower (class of 1976). She married and had three children, but lost her husband.

“It became a career,” she said, forever grateful to Sister Kathleen.

Meanwhile, her husband has been affiliated with Little Flower for 40-plus years, starting in maintenance when he was a 14-year-old freshman at North Catholic. He is a former basketball coach, the current director of maintenance and had been athletic director until resigning in June.

Sister Donna and Sister Kathleen were among the crowd at the Rooster.

While Rinky looks for work at age 62, her husband remains an archdiocese employee, assigned to Little Flower as director of maintenance. He maintains a professional relationship with the school administrators and hopes to be able to retire from LF.

Beth Paul, class of 1991, who played basketball for him and was an assistant coach under him, described him to the crowd as humble and kind.

Terry Foley, an alum and one of the organizers, said of Rinky, “When you think of Little Flower legends, you think of Rinky Klose.”

Brianna Gallagher, class of 2011, fondly recalls working as a student in Rinky’s office and spending a free eighth period with her instead of going home. She is thankful to Rinky for helping retire her late sister Lacey’s No. 13 soccer jersey.

Adam, who received lottery scratch-offs and gift cards, was humbled by the turnout for him and his wife.

“This is great, Little Flower at its best,” he said.

Though no longer employed at the school, Rinky has fond memories of her days at Little Flower.

“My journey has been wonderful as a student, parent and worker there. It outweighs all the craziness,” she said. ••