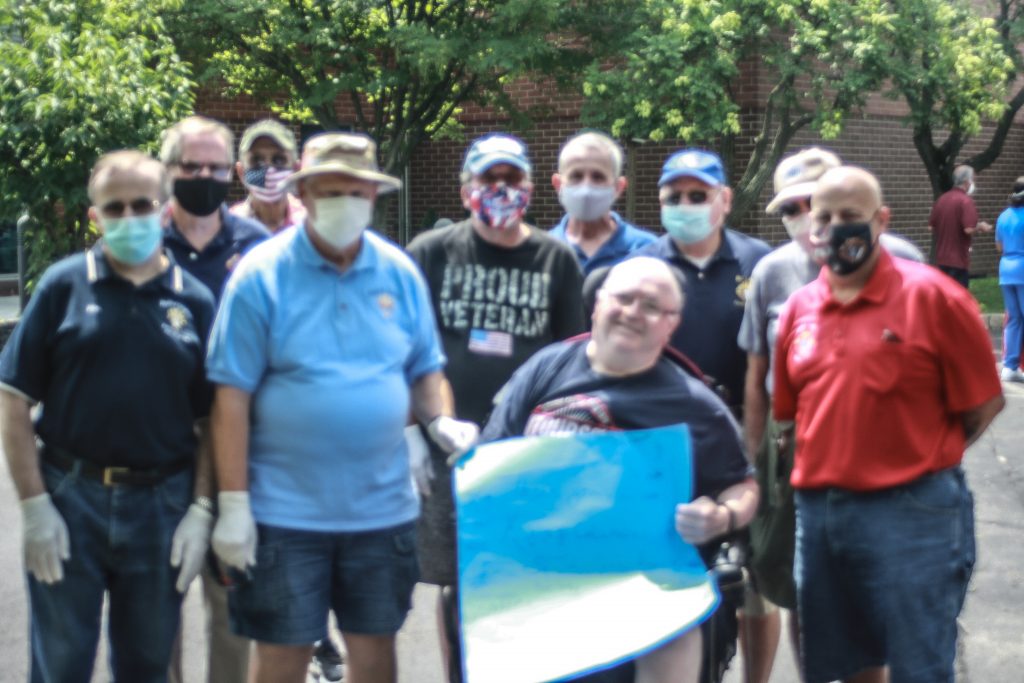 The St. John Neumann Assembly of the Knights of Columbus No. 933 recently set up three days’ worth of activities for residents at the Delaware Valley Veterans Home.

On the first day, they delivered 1,600 pounds of items ranging from personal hygiene products to sunglasses and suntan lotion. Members from the group unloaded box after box to the nursing home of things collected from parishes around the neighborhood.

“It was all stuff they really needed,” Ed Kligge, Knights of Columbus member who organized the events, said.

They were allowed to have only 10 of their 750 members present due to COVID-19 guidelines, but that didn’t stop them from doing work for those who served our country. Around 50 of their members worked behind the scenes to make it happen.

They sponsored a bingo game for the residents at the next event, where the prize was a $100 voucher to the veterans home canteen. About 40 residents played, and at three winners per game, everybody got a little something.

Their final event, a barbecue for the residents, was postponed due to the extreme heat. However, they were able to reschedule it. After all was said and done, the Knights of Columbus spent $800 on food for the residents’ barbecue.

“It makes us feel good to do this for those men and women who served for our country,” Kligge said.