Everybody who knew him had a story.

Nicky was a was a great brother. A great son. A great uncle. A great hockey player and a great rapper. He was a great friend, someone who wanted to help people and someone you wanted to be around because you know he’d make you laugh.

And that’s why everyone misses him so much.

Nicky, who was a star hockey player at Father Judge High School, where he was a standout goalie before graduating, passed away Dec. 22, 2018 when he lost his battle with drug addiction. It was a battle he fought, and one he truly wanted to overcome because he had so much, and so many people to live for. But his friends and family are making sure he continues to live out his life’s mission even after he’s gone.

“I would say Nicky was very smart and very brave,” said his sister, Kacey Kilpatrick. “His smile lit up a whole room. He was the voice of reason. I said at his funeral, he can light up a room, and he could. He always did. And he was very, very athletic.”

His family will be using that athletic background to help raise money for those who are battling the same fight their brother did.

Nicky played hockey growing up in Fishtown for Picariello Playground, and later after his family moved to Parkwood for the Blazers in Philadelphia before playing at Judge.

So in his memory will be the Nick “KP” Kilpatrick Foot Hockey Tournament on Sept. 18 at the Fox Chase Recreation Center. Proceeds from the tournament will be donated to Never Surrender Hope, a nonprofit outreach that aids people and families dealing with substance disorder.

Teams will consist of four players and a goalie. The tournament is open to men and women ages 18 and older.

Food and soft drinks will be available, and T-shirts will be sold. The purpose is to help those who are dealing with substance use disorder.

Along with Kacey, those who have a huge hand in the tournament are his father, Scott, his sisters Kayla and Chloe Kilpatrick, brothers Jacob McMullen, Marquise Knox and Connor Kilpatrick, as well as his girlfriend Natalie Miller and friend Danny Stetler.

“He was the most loving, kindhearted kid you would ever meet, give you the shirt off his back, he was fearless,” said Kayla, who has four sons of her own. “He was such a great uncle. The boys love him so much. He loved spending time with them. We did a lot together, we have a really close family, and it’s hard not having him around.

No matter what was going on, he wanted to be with his family and friends. He did his best to always be there and show them how much they meant to him.

Family was the most important thing in Nicky’s life, and that includes his close friends and girlfriend, who is officially a part of the Kilpatrick family.

“He was my best friend, we spent a lot of time on the road, he was a hockey player, later got into ice hockey, and we loved being around each other,” his dad said. “Very cool watching him grow up, he went to the beat of his own drum. He was very brave.

“He was different, he wasn’t afraid to try things. He would just go out and do anything. He made friends with a lot of people. I never wanted to hold him back, I saw the potential in him and saw so much uniqueness. I let him be the best he could be, and he was great.”

Nicky’s death was the most devastating day in his family’s life. But that wasn’t who Nicky was. He was the kid who made everyone smile.

“He is so much more than his addiction,” Kacey said. “Some people don’t see that. This is something that can happen to any family, it doesn’t discriminate. I think it makes it so hard because he was such a great person. That makes it so much harder because everyone loved him.”

His friends agree, and on top of playing in the tournament, his best friend is doing his best to keep the memory alive.

On top of being a great hockey player, Nicky could also rap, and he recorded some songs.

“Growing up, me and Nick made music, and I moved out to San Diego to try to pursue our dream that we never had a chance to live out before he died,” said Stetler, who is flying in to play in the tournament. “It was a dream, and I want to live it because he never got to. We have a group, but after Nick’s death, I uploaded all of his music. I did it not just for myself, but for him. He had such a huge impact on my life, and I wanted other people to be able to hear it. It got a great response.”

The tournament will help others.

And according to the family, they couldn’t have picked a better place to donate the proceeds.

“He’s more than just a kid who died of a drug overdose,” his dad said. “The stigma is still bad. I want to bring that awareness out. I spoke at his eulogy, I felt something inside of me, him telling me to go out and do it. It was packed with a bunch of young people. If I could get the message out there to save someone’s life through talking about it and not hiding from it, I felt I would be doing a job in his memory.

“This organization has been great for us. They’ve helped us, so we would really like to help them. And Nick would want this. He wouldn’t want us to be sad. He would be happy if we could help people through him. Because he really wanted to beat this.”

His family and friends hope they can help save people in his memory. And they’re also looking forward to the event because it’s a chance to see people they haven’t been around in a while.

Tears will flow, but so will happy stories.

“It helps to be around his friends,” Kacey said. “Danny was his good friend, Natalie is part of our family. Danny keeps in touch with my family, he makes sure his legacy lives on. It makes me feel better. At first, it’s hard, but I find a lot of comfort, hearing a lot of stories. I learned a lot about him being around his friends.

“He’s very funny and he is a good kid. I can only speak for myself, but he did everything he could for me. I didn’t have my license, he would drive me home. He was my protector. Never missed a happy birthday even when he was out in the streets. Caring, loving, big heart.”

“Everybody loved him,” Kayla said. “Nobody said anything bad about my brother. I taught cosmetology, and I ended up teaching some of his girl friends. They all loved him and knew him. He was so funny. He brought people together.”

He still does that, even though he’s not here.

The family expects a huge crowd on Sept. 18, and they’re hoping that leads to a lot of funds, through the tournament, T-shirt sales or donations.

As much as Nicky wanted to beat his addiction, the family wants to help those who are dealing with the same dreaded disease.

“I had a conversation with him the Thanksgiving before he died, he said this isn’t how he wants to live,” Kacey said. “He was sorry. I begged him to come home and eat a meal, take a shower. He stayed away from me when he was high because it destroyed me. He was embarrassed of being judged. For a lot of people fighting addiction, people are so judgmental. Every one of us supported him and he knew it. He just didn’t like us seeing him like that.”

But they certainly saw him when he had a huge smile on his face. They saw him excel at everything he tried. And they saw the way he loved to help. That’s a big reason for their efforts.

“It’s going to be hard, but I think it will be a great day,” Kacey said. “He loved hockey and he loved his family and friends. All the things he loved will be there.

“It’s not a sad day, I might shed a few tears, but it’s happy tears. We’ve been overwhelmed with support. So many people. At his funeral, we had a bunch of his old teammates, they were banging sticks on the ground to show their support. That shook me up more than closing the caskets. His friends are family to us. He was so loved.”

For more information on the tournament, visit the Nick “KP” Kilpatrick Foot Hockey Tournament Facebook page. You can also donate money to the cause in Nicky’s memory at the link. 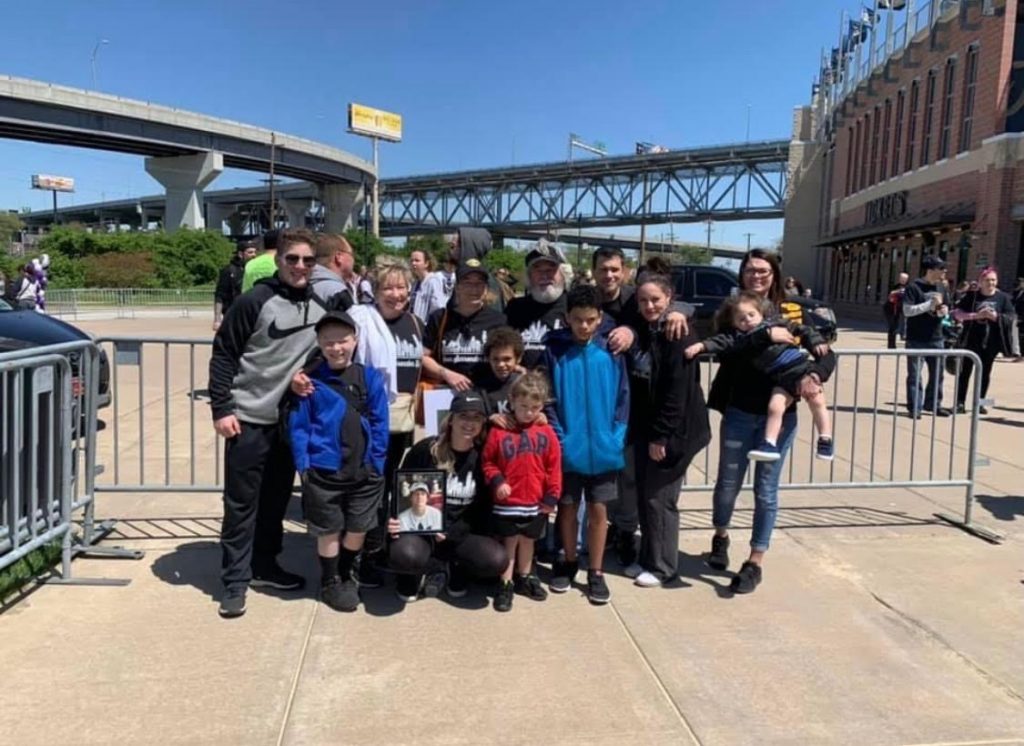 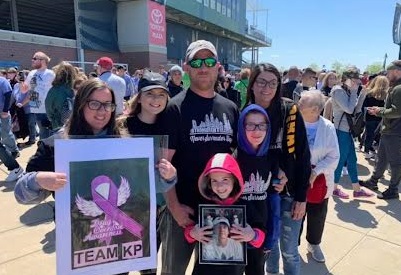