It is going to be very interesting this fall with DA Krazy Krasner going up against defense attorney Charles Peruto Jr.

One battle will be for DA, which hopefully Peruto Jr. will win.

But Peruto Jr. also represents a defendant in the alleged shooting at Pat’s Steaks.

I believe Krazy Krasner overcharged the defendant in that case.

It’s great La Salle and many other universities are erasing student debt. What does that student who works and goes to school and has no student debt get? Shouldn’t there be a refund for them under this new “equity” system that is ruling our lives? Are these universities creating a future problem in this culture of we owe everyone something. Will we have students going to school creating debt and hoping it will be paid off? If there isn’t enough money in the future, how do you pick the students who will get the money? These universities are on the precipice of putting themselves out of business.

Why is it that we hail and celebrate the citizens of Hong Kong, Cuba and Myanmar when they protest their rights for democracy, but when Americans do it, it’s called an insurrection?

Last time I checked, the right to protest is in the U.S. Constitution and the Capitol belongs to the American people paid for out of their taxes. Nancy Pelosi acts like she is queen of the castle and it’s not her castle.

The criminal acts did not come from Trump, and I don’t hear a hoot coming from those same individuals who don’t complain about the criminal acts our country endured during the summer of BLM riots.

If Pelosi and the Democrats label the Capitol attack as white rage, then why not label the BLM riots as black rage, in all due fairness?

The BLM riots did much more damage to our country than the Jan. 6 incident. And didn’t Biden and Harris actually stand behind the people’s right to riot even though it caused mayhem in the streets and millions of property damages to businesses?

So let’s not judge one hand when the other hand is guilty as well.

It’s time for everyone to stop throwing up our hands, helplessly sitting by, and complaining about the unprecedented rising rate of stolen catalytic converters. We, as constituents and victims, need to encourage our commonwealth leaders to partner with law enforcement and scrap metal business professionals to take long-overdue action to protect the citizens of Pennsylvania.

A new Tennessee consumer protection law that took effect on July 1 is aimed at deterring theft and the resale of catalytic converters, which are emission devices containing precious metals netting a quick buck for the thieves when the converters are sold to scrap yards. Hopefully, our state leaders will follow Tennessee’s lead to end this expensive and inconvenient heartache to hardworking citizens and businesses forced to replace stolen converters costing hundreds (and even thousands) of dollars.

The link for Tennessee Senate Bill 1612 and House Bill 1155 is https://publications.tnsosfiles.com/acts/112/pub/pc0213.pdf for us citizens to read and for our state leaders to, hopefully, study and adopt for Pennsylvania.

Condensed version of the bill is as follows:

• Any person engaged in the business of buying and/or selling scrap metal including unattached catalytic converters as a single item and not as part of a scrapped motor vehicle shall give written notification to the chief of police and sheriﬀ of each city and county in which the activity occurs.

• Any person purchasing a used, detached catalytic converter must be registered as a scrap metal dealer pursuant to § 62-9-102. Registering with TDCI’s Scrap Metal Registration Program means providing either a state or federally issued photo identification card with an address and a thumbprint, submitting an application, paying the appropriate fee and meeting all requirements under the law.

• A scrap metal dealer shall not purchase or otherwise acquire a used, detached catalytic converter, or any nonferrous metal part of such converter.

Although I’m not personally a converter victim (yet!), I know many who are and constantly read their heartfelt experiences on NE Philly social media sites.

It behooves one to think that the editor of the Northeast Times would allow such an irresponsible person such as William McDevitt of Bensalem to insult our president, Joe Biden, as evil and demented while the president is trying to undo the embarrassments to the different nations caused by Donald Trump every time he opened his disgusting mouth.

At Christmas time, I noticed people were walking out of CVS without going to the register and paying. I mentioned it to the young manager and after I described one man, the manager said, oh yeah, I know who that is, he comes in here all the time. Guess what? After watching all those people, one or more at a time, stealing up to $920 and security is told to let them go because it cost too much to prosecute, and if they do stop them, the security people are fired. Guess what? All this b——- is not necessary. Take their picture, do not let them take anything whatsoever, put them out of the store, put all of their pictures on a website as potential thieves. Also, get together, all you business owners, to agree to this solution or, just maybe a whole lot of us honest paying citizens will be helping ourselves to $920 of free, stay-out-of-jail merchandise. This is not the American way. Get it done now. 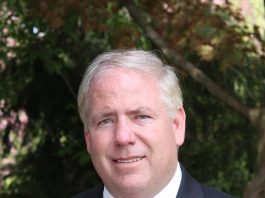