People ought to know that Andrew Cuomo is very Italian.

Italians are very warm, loving, touchy-feely people and are always kissing others.

We all should know other people’s backgrounds to understand how they behave.

Could that be why he thought he did nothing wrong?

The danger of being an outsider

A policeman told me that the most dangerous call he ever answered was a domestic dispute. A man had bloodied his wife and when the man would not stop hitting her, the policeman restrained him. The woman screamed, “You are hurting my man.” and hit the policeman over the head with a frying pan. People defend themselves against the outsiders. Watching desperate Afghans trying to escape by hanging onto the outside of an airplane trying to take off reminded me of Vietnamese hanging on to the skids of an ascending helicopter 45 years ago. We went into Afghanistan to destroy Al Qaeda’s training camps and neutralize bin Laden. When that was accomplished, we should have left. In both countries, some considered America as an invader. We had good intentions but by staying longer, in the end, we sacrificed the blood of our sons and daughters and trillions of dollars of our treasure in vain. Sadly, those who do not learn from the mistakes of the past are doomed to repeat them.

Patriotism is love and devotion to country. Regretfully, a call to patriotism can be the last refuge of a scoundrel. More than 120 years ago, an argument arose regarding the justification for the  Spanish-American War. It was said, “My country, right or wrong, when right to be kept right and when wrong to be put right.” That, in essence,  is our patriotic duty.

When in the 1940s Germans fought against Americans in Europe and Japanese against Americans in the Pacific, both sides believed they were being patriotic. We live in a democracy. Along with our rights, we have a responsibility and obligation to educate ourselves about the facts and speak out. Otherwise, our silence lets us slip into dictatorship. Let us not be the sheep that blindly follow a leader to disaster.

In response to the opinion “UPS is worried,” I believe the residents of 19115 and 19116 should be even more worried. This planned 1 million-square-foot distribution center will introduce 7 days a week and 24 hours a day hundreds of tractor trailers to bring packages to the distribution center and hundreds to thousands of brown UPS vans to take out and distribute the packages to their destination. All this traffic will be on Red Lion Road. I expect major delays affecting our daily life, as well as potentially adversely impacting the commercial business along Red Lion Road. For example, if the UPS traffic will cause me to take 30 minutes to get to the Acme (or Benny the Bum’s) instead of 5 minutes, I might look to go elsewhere. NE residents should contact their representatives in City Hall and at the state Capitol to confirm my fear, and to ask their representatives to oppose the planned construction before it is too late.

UPS will be good for the area

In response to Jack O’Hara’s rant on the UPS  monstrosity planned for Red Lion Road: You talk about untruths we have been told. Well, you are doing the same. You talk of the increased traffic and unsafe conditions that will befall the neighborhood when UPS comes in. For everyone’s benefit, you should really do some homework on the history of the area. I myself grew up within a mile of the site, as did 2 family members.

I can remember back in the ‘50s the traffic on Red Lion Road from the Budd plant, where my uncle worked, was steady all along. Later in the ‘70s Sandmeyer Lane was installed and 20-some businesses were opened. The traffic was always there and just across Red Lion Road from Budd, another industrial park was placed there with all its traffic. So the traffic has always been there. Now, you are going to wind up with something there like it or not. You talk of another business bringing jobs with it but do some research and tell me how many businesses will pay their people what UPS does. The answer is few. This is work for your kids and grandkids. The last item of untruth … You mention the unsafe driving conditions when UPS comes in. Do research on the company’s safety record and their clean air exhaust on their trucks. You’ll find out there could not be a cleaner company to have for a neighbor. Maybe you should do some research and revise your opinion.

If UPS is put off, I will bet you will not be happy with what you wind up with. Would you like a food warehouse with long-haul truckers and their refrigerator units running 24/7 in your neighborhood? A majority of UPS road fleet are computerized to run only 5 to 10 minutes at a time.  The computer then shuts them down. Zero pollution. Now for the record, I have no stake in nor do I work for UPS. I was in transportation for 40 years. I know my facts. My kids are in the area. I have many fond memories of there and want it to stay good.

We have the right to choose

The whole rollout of the COVID vaccine is a mishandled botchery as much as Biden’s evacuation of our Americans out of Afghanistan.

Nine months into the pandemic, the COVID vaccines were swiftly distributed and administered without a thorough investigation into adverse side effects. They didn’t even do any long-term trials in that short period of time.

But don’t worry, they said. They kept talking of its safety and efficacy.

And now, they want us to get booster shots because the initial shots aren’t working.

So what is it? If the first batch of vaccines proved unsuccessful, what makes the booster shots any safer or effective?

Furthermore, the people who have gotten the vaccine are testing positive or getting sick with COVID, so what are we to believe?

Then why are we being forced into something that is uncertain and blaming anti-vaxxers for spreading the virus when vaccinated people can spread it just the same?

All of a sudden under the Biden administration, the government is controlling us like the iron fist of King George’s rule of 1776.

And it’s looking more like the cult of personality from Biden and Fauci using strongarm tactics and executive orders to force us into conformity and submission.

Mandate the vaccine. Line up and give in to their demands and get the shot.

And as that rock song goes: “We’re not gonna take it. We’ve got the right to choose it.”

No thanks Biden and Fauci, we’re not gonna take it anymore.

Because we no longer believe or trust in your vaccines or your booster shots because it’s not doing diddly-squat for our safety. 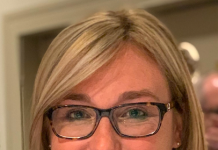