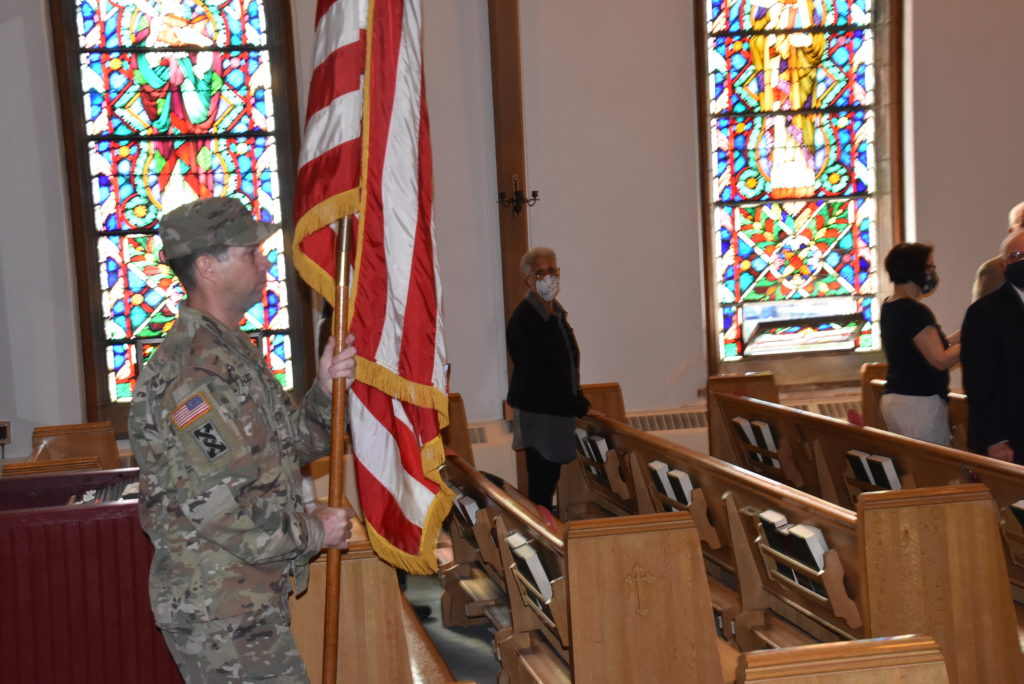 St. James Lutheran Church and the Philadelphia Protestant Home on Saturday held ceremonies to remember the 20th anniversary of the Sept. 11, 2001 terrorist attacks.

St. James, at Castor Avenue and Pratt Street in Northwood, welcomed a color guard and a performance by the Christian Creation Dancers, and the crowd sang the Star-Spangled Banner, America the Beautiful and America (My Country, ‘Tis of Thee).

Reflections were given by the Rev. Clarence Miller, on staff at St. James; state Rep. Joe Hohenstein; Father Kevin Thompson, of the Padro Pio Center; and the Rev. Thomas Higgins, pastor at Holy Innocents Catholic Church.

“What the world needs now is God’s love,” Miller said.

Hohenstein, describing himself as “extremely liberal,” nonetheless said that Americans had to give up some personal liberties after the attack so freedom could move forward.

“That sacrifice needed to be made,” he said.

The Rev. John Sweet, of Frankford Presbyterian Church, led the lighting of candles in memory of the roughly 3,000 victims of the 9/11 attacks. The congregation sang, “This little light of mine, I’m going to let it shine.”

A representative from state Sen. Tina Tartaglione’s office attended, and Conaway asked all veterans to stand to be recognized.

“You can’t have service without sacrifice,” Sawyer said.

Sawyer urged everyone who thanks first responders for their service to also thank them for their sacrifice.

Parker said it takes a special person to sacrifice for strangers.

“They bravely ran into those burning towers,” she said, adding that nobody should take the United States or patriotism for granted.

The ceremony was an emotional one for Conaway and others.