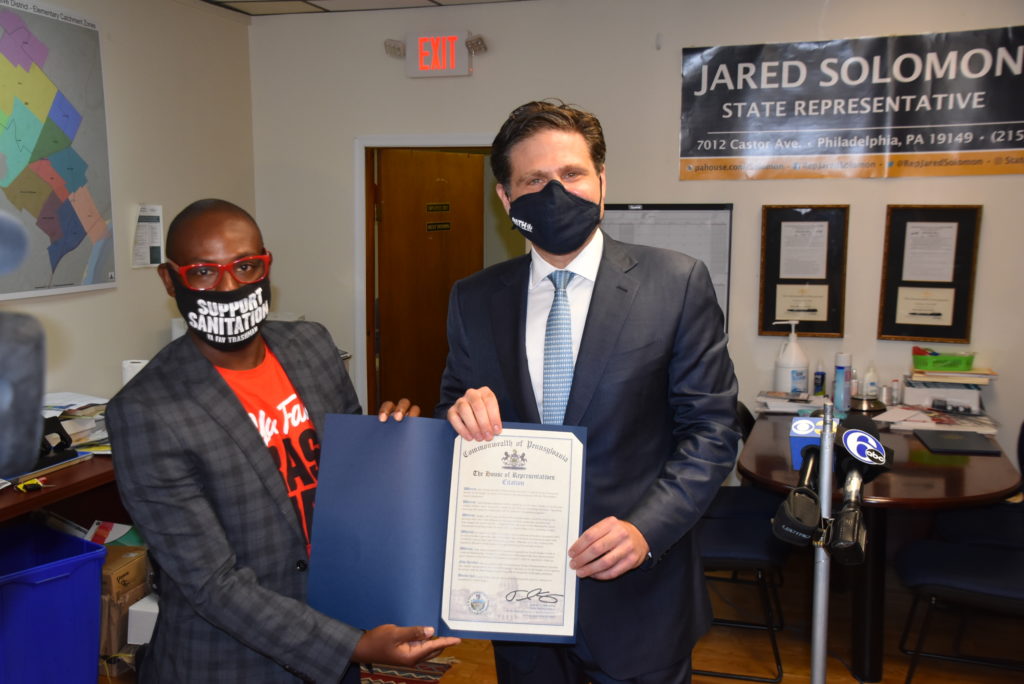 Solomon honored Haigler, a 32-year-old from North Philadelphia, for his trash collection advocacy.

Haigler left the sanitation department in February, but still works full time to try to clean up the city. Solomon, who once rode on a trash truck with Haigler, said sanitation workers have a tough job. Haigler recalls the crew collecting five tons of trash the day Solomon joined them.

Solomon, who lives a few blocks from his Castor Gardens office, walks to work, picking up trash along the way. On his way home, he’s bummed to see trash in the same spots he cleaned a few hours earlier.

Haigler wants to eradicate illegal dumping and see Philadelphia be a zero-litter city by 2025. He’s formed a nonprofit, Trash to Treasure. And he’s writing a children’s book on sanitation workers due out by Christmas. ••