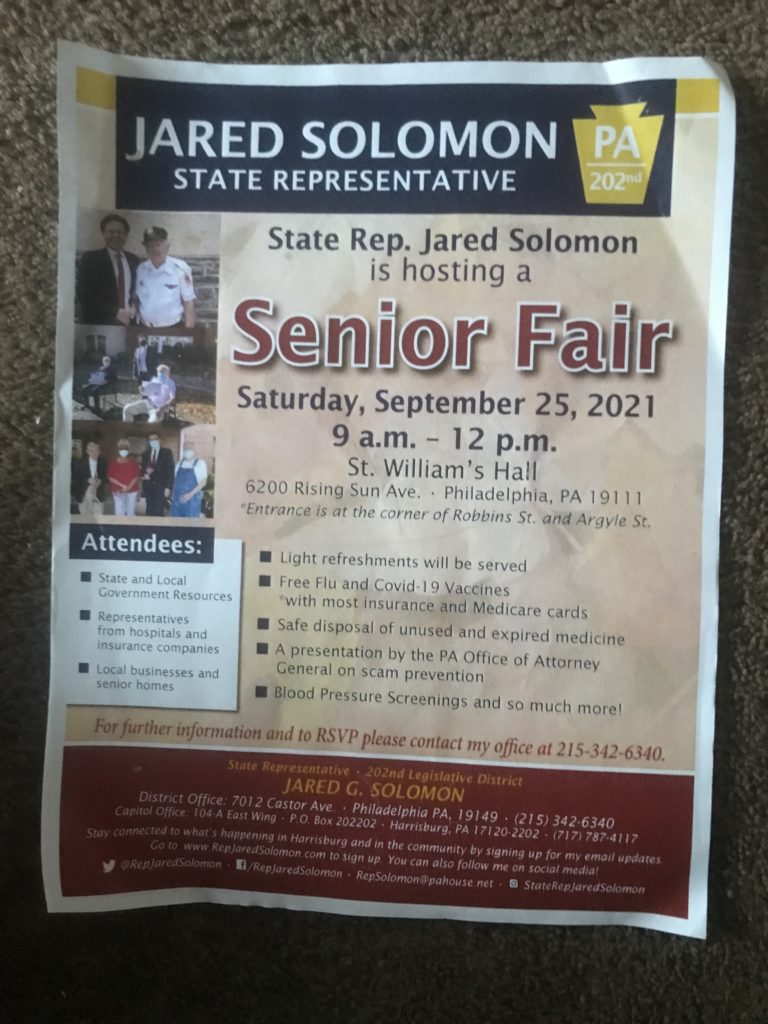 The store, at 600 Brill St. (at Bingham Street), was approved by LCA members.

The special assembly license was requested for a banquet hall at 6330 Rising Sun Ave., site of a former dry cleaner. The license would allow up to 30 people for parties. It would be a BYOB facility.

Neighbors began turning against the proposal when they heard the hours — 8 p.m. to 2 a.m. They also weren’t happy to hear the property has been operating without the proper license, along with a report by an Argyle Street resident that the parties go beyond 2 a.m.

In the end, they voted unanimously to oppose the proposal. A Zoning Board of Adjustment hearing is set for Oct. 6.

Meanwhile, Sgt. Matt Lowe, of the 2nd Police District, provided a crime update, using 2021 statistics compared to the same time last year. There have been seven homicides this year, compared to three a year ago. Other crimes on the rise are robberies, aggravated assaults with firearms, burglaries and auto thefts. Crimes on the decline are robberies with firearms, commercial burglaries and thefts from autos. Lowe also told people calling 911 to stay on the line and not hang up if nobody picks up right away.

In other news, state Rep. Jared Solomon will hold a senior fair on Saturday, Sept. 25, from 9 a.m. to noon at St. William hall, Argyle and Robbins streets. There will be state and local government resources, representatives from hospitals and insurance companies, local businesses, senior homes, light refreshments, free flu shots and COVID-19 vaccines, safe disposal of unused and expired medicine, a presentation by the state attorney general’s office on scam prevention and blood pressure screenings. To RSVP, call 215-342-6340.