The COVID-19 pandemic squashed Halloween festivities in 2020, but unfortunately for the children on the oncology floor at Children’s Hospital of Philadelphia, missing holidays is a routine and stark reality.

That’s why two parents, Pete and Kelly, decided to hold a Halloween costume drive to honor their daughter Sophia Pasquarella, whom they tragically lost to cancer on Halloween in 2014. Sophia’s favorite holiday was Halloween, and her parents chose to honor her memory by creating the Costumes for Cancer drive. This year marks the seventh year of the campaign.

“I just want to collect costumes so the kids can celebrate,” Pete told his friend Anthony Picariello.

Due to COVID-19, all costumes donated must be in their original packaging. Donations are accepted up until Oct. 8, so the family has time to sort and deliver the costumes to CHOP.

Picariello has collected $1,500 so far to buy costumes. He received donations from people on his mail route and other friends and has about 100 costumes to donate. The cause is close to Picariello’s heart because his daughter was born at CHOP and stayed for 24 days for surgery.

Picariello wants to give back to CHOP in any way he can, which is why he is helping collect for the drive.

“Being down there for 24 days, I saw a lot of sad things out there,” Picariello said.

But the costume drive brings joy to the children at CHOP; they get to pick their costumes from a little store set up at CHOP and trick or treat around the oncology department. •• 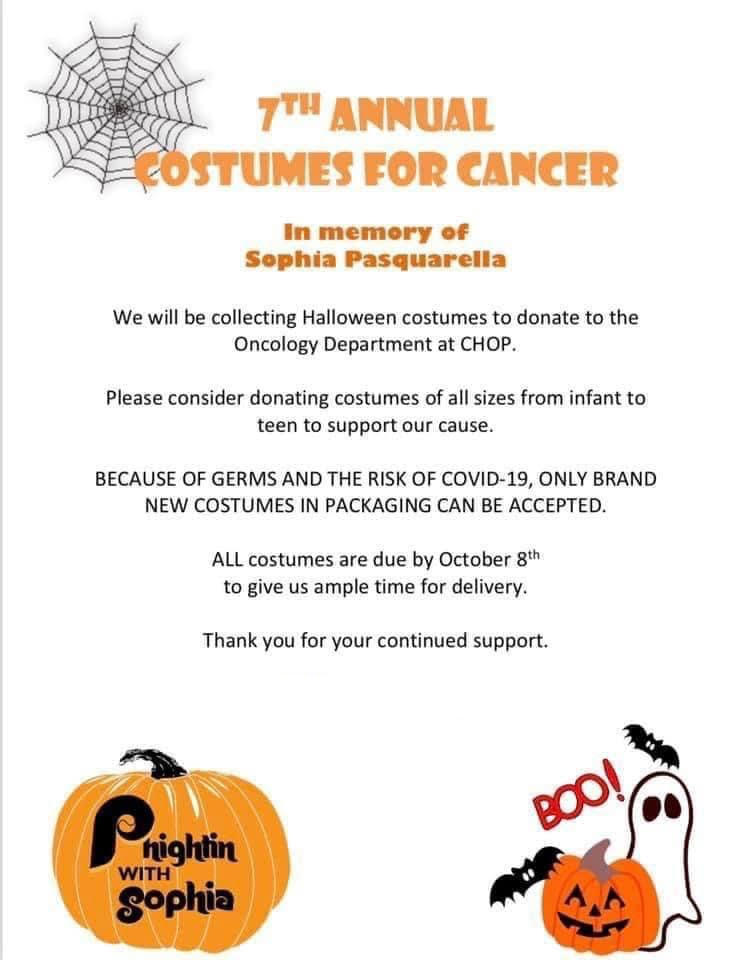