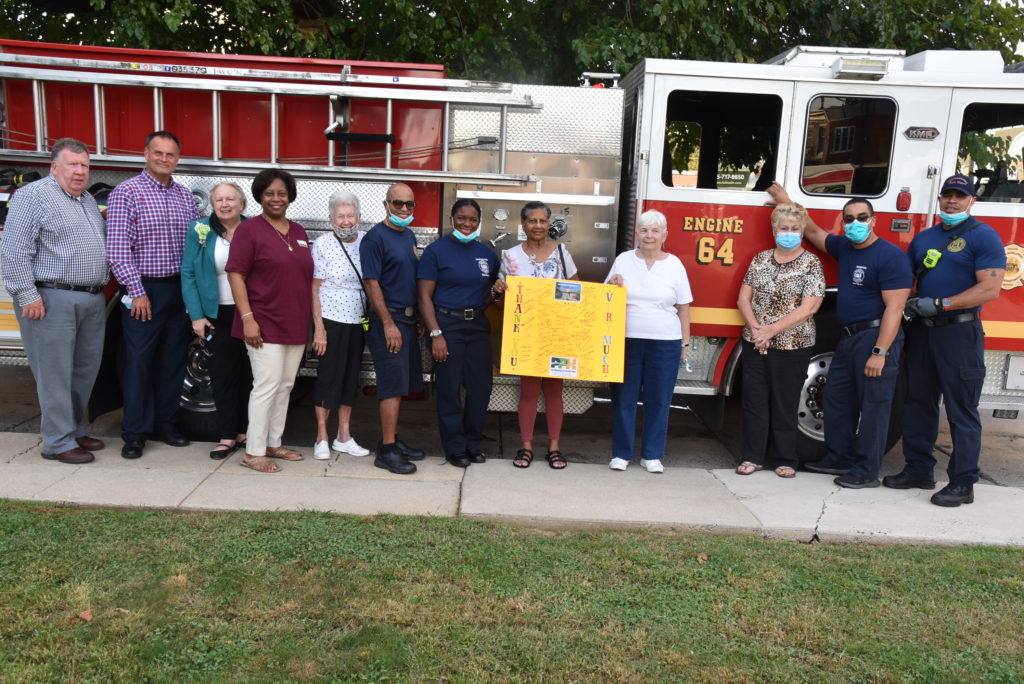 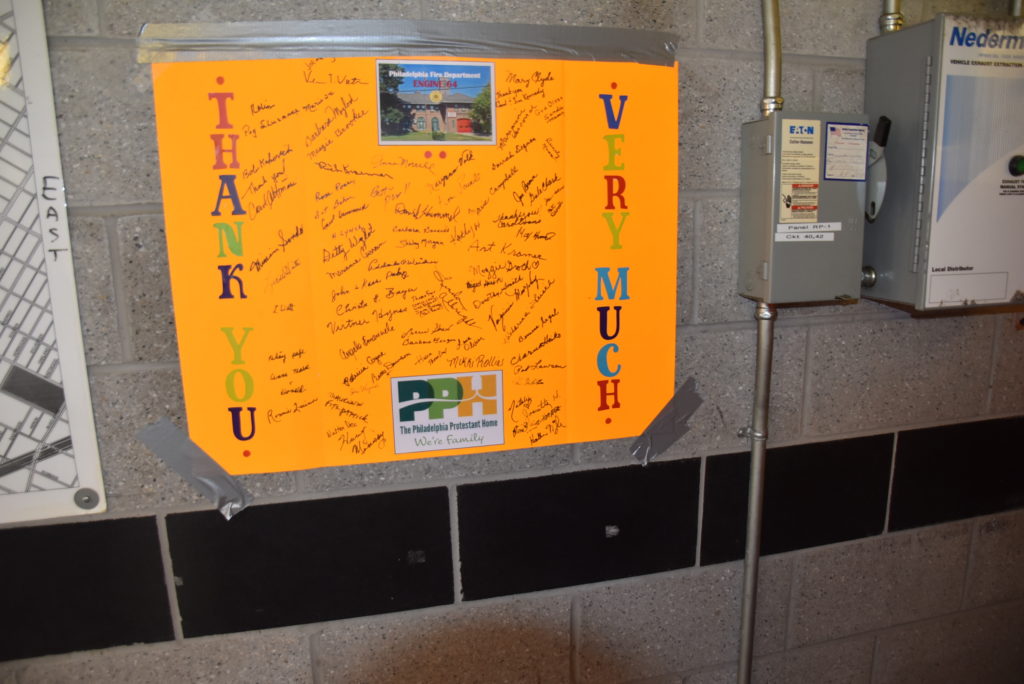 The auxiliary, in existence for more than 130 years and formerly known as the Women’s Aid Society, bought hot chicken, roast beef, vegetables and potatoes, along with salad and beverages, for workers during four shifts. It also presented the firefighters with a large card signed by residents.

John Dubyk, PPH president and CEO and a former volunteer with the Cheltenham Fire Company, was among the Protestant Home officials who visited Engine 64 on Monday night.

Among the other “gratitude activities” that Coyne said the auxiliary has taken part in recently was a donation of hoagies to officers in the 2nd Police District. ••