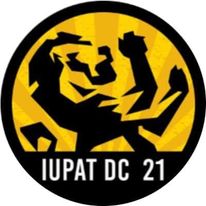 It’s back-to-school time. While returning K-12 and college students to class is always a challenge, the coronavirus is posing additional obstacles and prompting many to reevaluate their plans in a post-COVID world. More than ever, apprenticeships are proving to be a map to the good middle-class jobs of the future.

A traditional college degree is increasingly putting students into thousands of dollars of debt. For many, that isn’t an option. In fact, just under 30 percent of Philadelphians have a bachelor’s degree or higher. For years, our local Painters and Allied Trades Union District Council 21 has prepared individuals for the jobs market without saddling them with thousands of dollars in student-loan debt. As the union’s recruitment coordinator, I’ve seen firsthand how such training can provide life-changing opportunities.

And the opportunities don’t just start out of high school. Our Vocational Intern Partnership Program exposes a diverse cohort of local high schoolers to the construction trades before they graduate, making the trades – and higher education – accessible and exciting to the next generation. By bringing in local high schoolers, our communities become stronger, and more young people from diverse backgrounds get to experience what a career in construction is like.

The VIP Program brings kids from Philadelphia and New Jersey public schools to our Finishing Trades Institute of the Mid-Atlantic Region facilities to show what a career in the building trades is like. Students gain hands-on experience in painting, glazing and drywall finishing, and they can even earn certifications like OSHA 10 and First Aid/CPR. If they enjoy the program, an apprenticeship with the FTI-MAR, where they earn as they learn, awaits them after graduation. And if they decide not to pursue the trades, the college credits they earn throughout the program transfer to area colleges.

Take Stephen, for example. Stephen enrolled in the VIP Program in high school and learned about a career in trades. After graduating, he completed an apprenticeship with us and went on to have a rewarding career as a drywall finisher, seeing his starting apprenticeship salary rise rapidly from $17 an hour to $22 and now over $40.

Stephen told me he’s been able to buy a home in Northeast Philadelphia and invest for his future, and he wishes there were more programs like the VIP Program for various trades in all our local high schools. He said that many kids coming out of the Philadelphia public school system aren’t aware of the opportunities out there to help build their city while guaranteeing a secure future.

Apprentices don’t just gain cutting-edge training for the job site; through agreements with area schools like Penn State and Rutgers University, more unions and their training programs are empowering apprentices to earn college credits toward certificates and degrees to further their education.

Amanda, a painting apprentice, is a great example. As she completes her apprenticeship, Amanda is simultaneously on track to earn her bachelor’s degree in Construction Management at Rowan University. She’d gotten an associate degree and worked as a veterinarian technician for five years before learning about the benefits of the construction industry and making the leap to a new career that would give her higher pay, more benefits and greater job security.

Amanda says she’s glad she made the switch because she knows it will allow her to support herself for years to come – from the bachelor’s degree she’s working toward to the pension she’ll receive at the end of her career.

Between 2009 and 2020, there was a 73% increase in new apprenticeship programs established nationwide, according to the U.S. Department of Labor. And with a construction labor shortage as Congress gears up to pass trillions in infrastructure spending to repair our crumbling bridges and roads, the country will need a new generation of skilled workers for years to come. In the months since the nation’s economy first began to rebound from the COVID-led economic downturn, the number of skilled trade jobs in the U.S. has been far outpacing the supply of qualified workers to fill them.

As our nation rebuilds – including with a $1.2 trillion infrastructure bill on the table – it’s time to rebuild how we view postsecondary education. As we prepare to celebrate National Apprenticeship Week – Nov. 15-21 – let businesses, communities and educators come together to support such programs. So whether you’re a high school student or an established worker looking to make a new start, know that a high-paying career and good benefits are within your reach and the reach of the next generation. ••