Basketball players, boys, and girls from all over the Northeast, came out to support the Anti-gun Violence Basketball Game at the YMCA on Knights Road. The event was in honor of Charles and Barbara Kahn, great benefactors of the Greater Philadelphia YMCA, which serves YMCAs throughout the region.

The event was put together by Tony Benson, founder and CEO of Protecting Our Parks, and he did everything from recruiting players to securing funds to fix the basketball courts at the YMCA and hold the event.

Benson also talked the YMCA into laying a seal coat on the court, repainting the lines, and installing NBA regulation hoops, which the children can dunk on if they choose, without fear of injury.

“Before, they just had the backboards on the poles, and I didn’t think that was a good idea because they can slide down and injure children,” Benson said.

Eventually, Benson was able to get the NBA regulation hoops put up.

“They are adjustable for adults, people with special needs, children, women and men,” Benson said. “The kids can even dunk on them if they want.”

The day held a series of games that ended with the Philly Ballers, the 8th district police basketball team, playing a group of young women who play basketball throughout the Northeast. It’s worth mentioning that the girls beat them without mercy.

Capt. Maria Ortiz-Rodriguez came out to spread awareness about programs in the police department aimed to curb gun violence.

“The idea was just to get the kids and the officers to engage and interact during the day, just to build trust,” Ortiz-Rodriguez said. “As a way of serving the community.”

The 76ers mascot, Franklin, entertained the kids while MC The Mighty ERock played music throughout the day. Halfway through the day, Amerikick Karate gave an outstanding performance, and they also helped contribute to the event by spreading news of the event and financially.

A Burrito Feliz food truck set up to serve guests as the players ran the court — a wildly popular idea as they actually ran out of food toward the end, and Hair Wizards Barbershop was there giving out free haircuts.

Attendees of the event spoke of Benson’s tenacity and praised him for his efforts in giving children a safe place to be outside.

Jill Friedland, a top New Jersey Realtor, was the most significant contributor to the event. She gave a $5,000 contribution to make sure the event took place.

“I have a child who has special needs, and he benefited tremendously from programs that the Y offered,” Friedland said. “And I’ve just wanted to make sure that that kind of accessibility and those kinds of facilities are available to everybody.”

Mark and Alicia Gallagher helped Benson tremendously by organizing the event’s logistics, checking people in, answering questions, and making sure all waivers were signed.

Besides the 8th district coming out to support the event and bringing attention to anti-gun violence measures, Benson wanted to showcase female athletes, who he believes don’t get enough attention in the Northeast.

While there is a women’s league named Woman’s Hoops Matter, they are very underground and have to pay to rent a gym to practice. Benson noticed the disparity while working on the Frank McCardle project.

At the end of the event, Benson presented a trophy commemorating the day. It was dedicated to every person who participated in the event, from players, sponsors and the YMCA, where it will be housed.

“This is proof that no matter what your race, your gender is, or your age if we all come together as a community for the greater good of the community, anything is possible,” Benson said at the event. •• 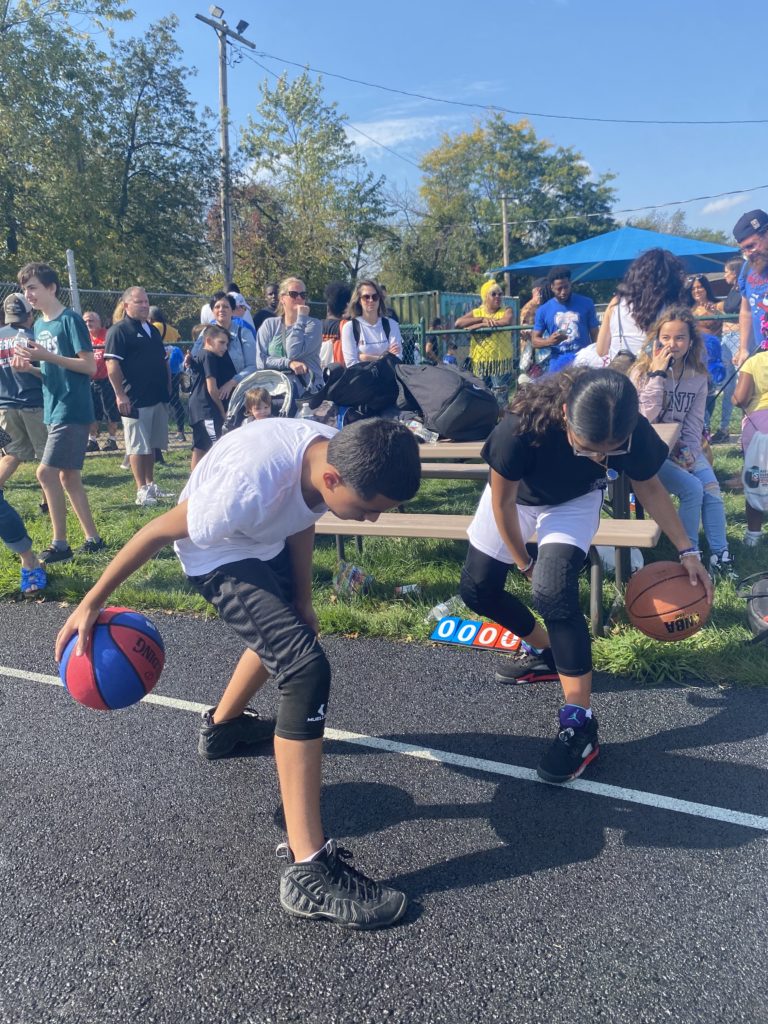 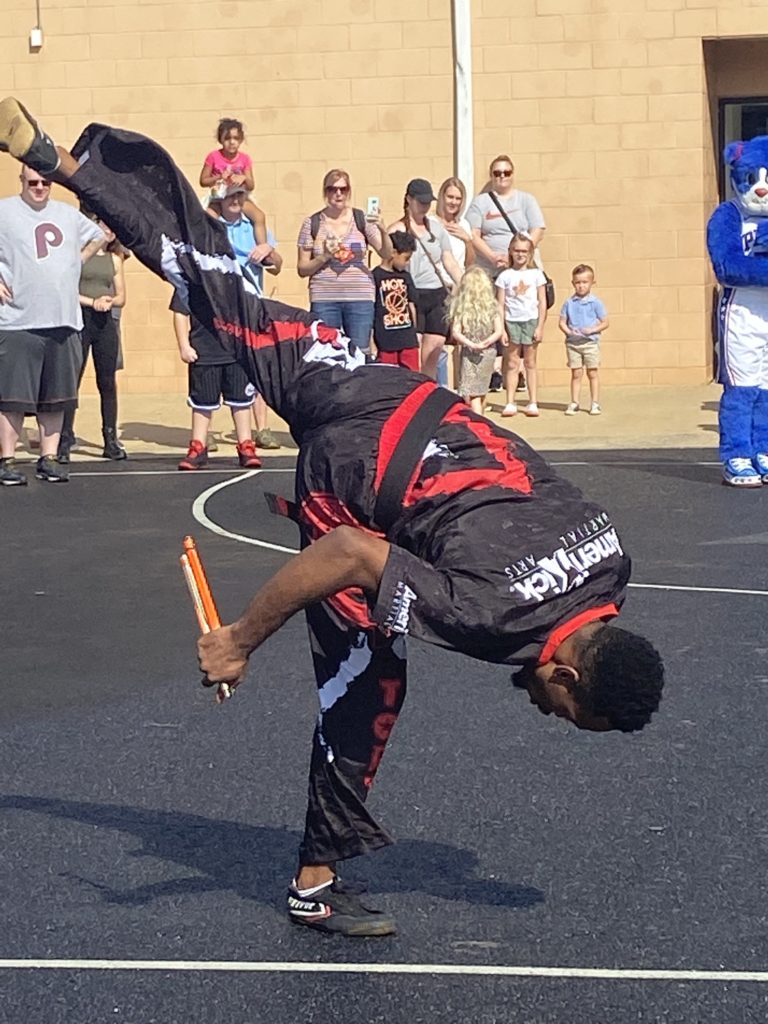 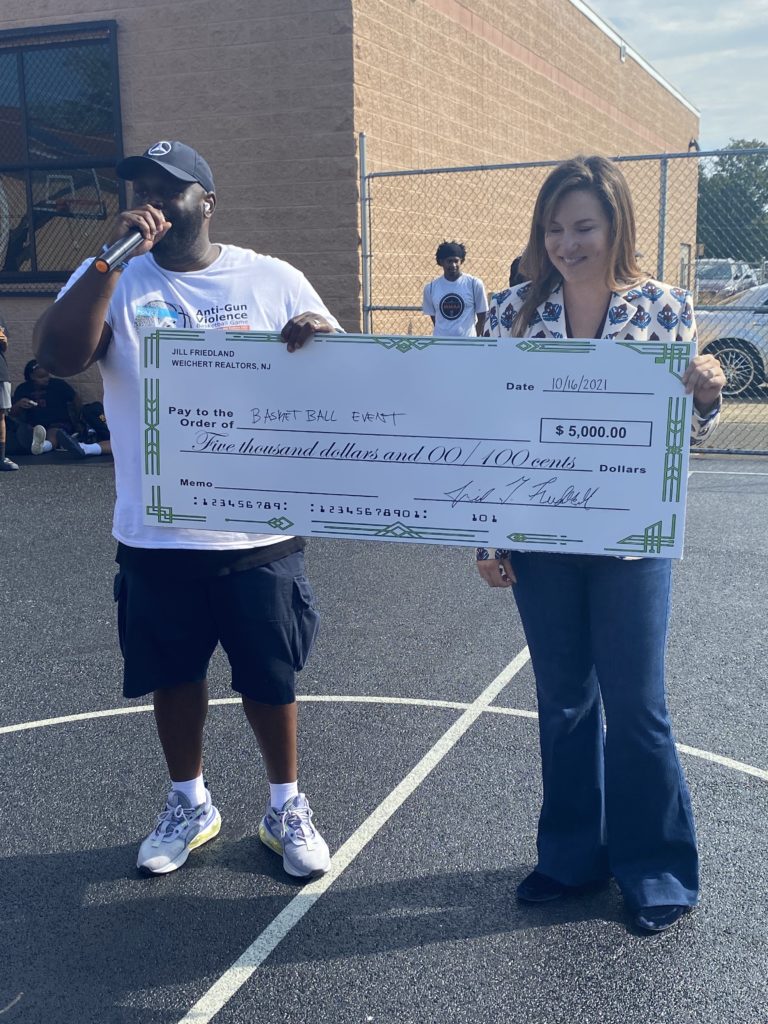 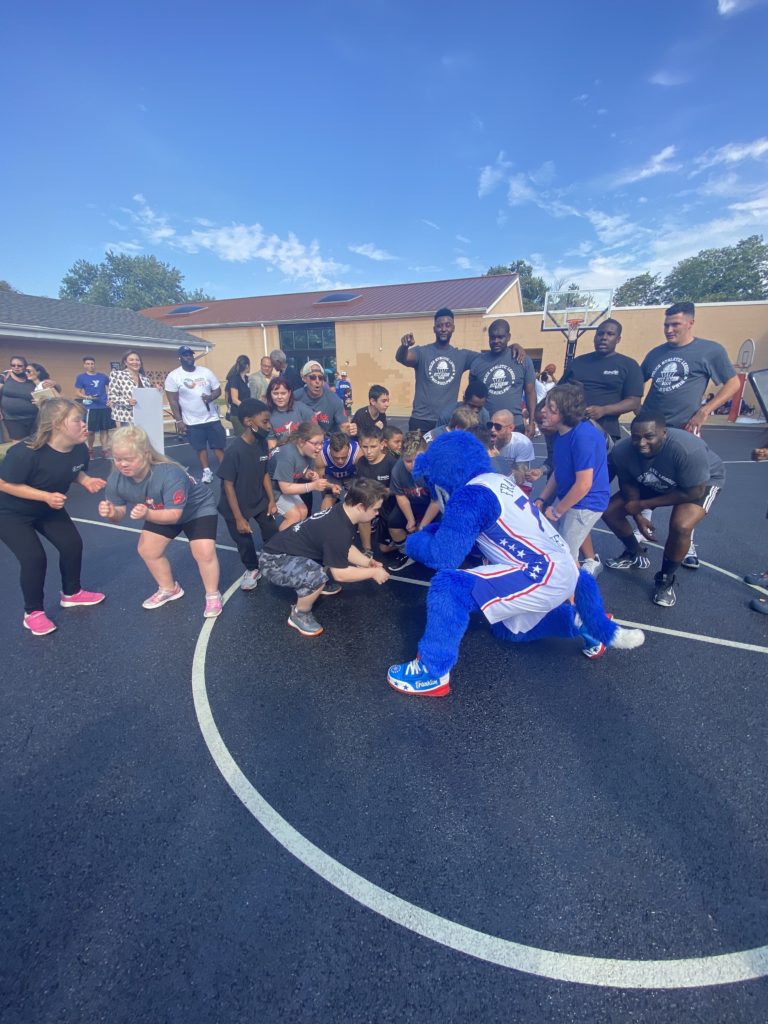 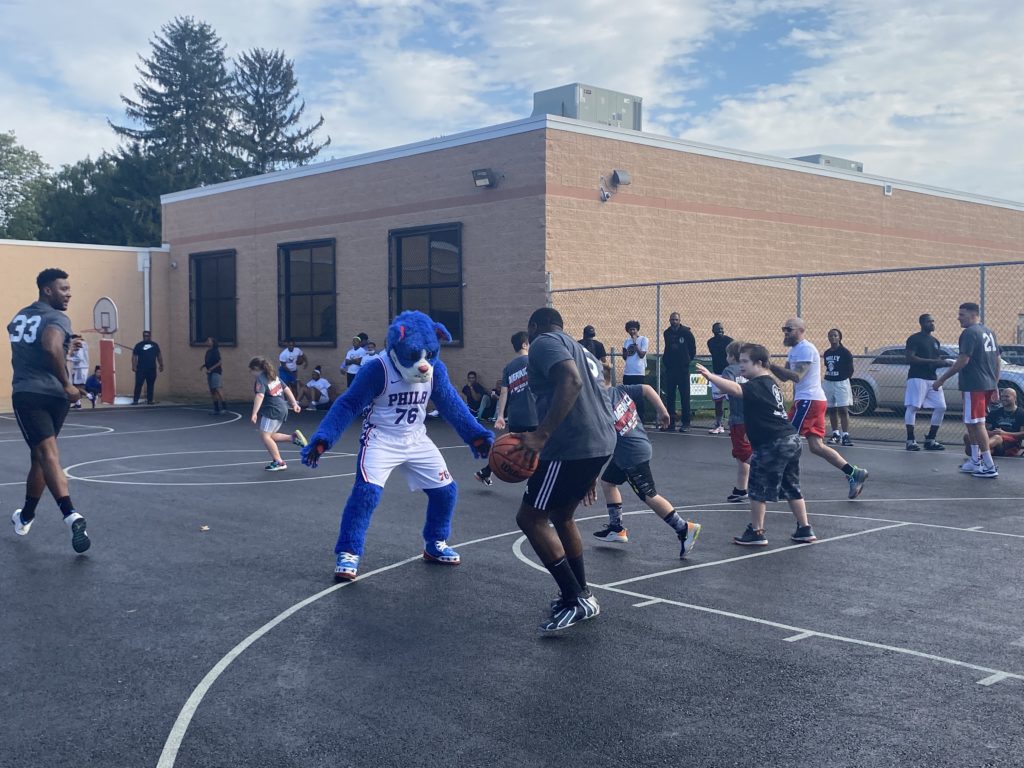 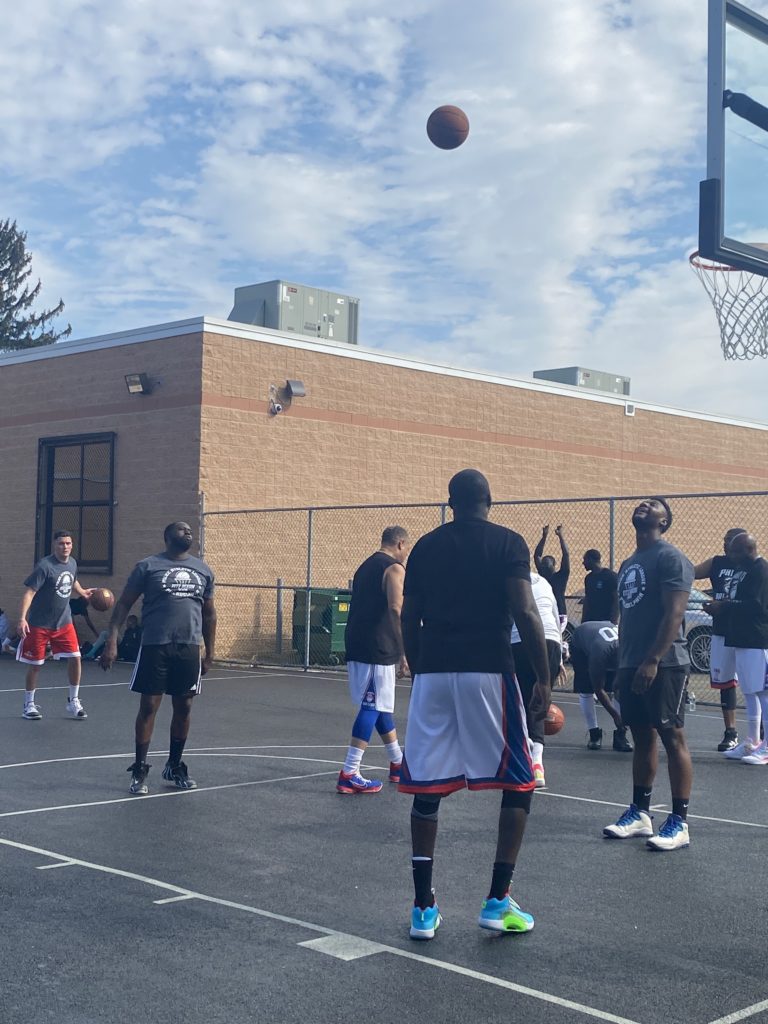 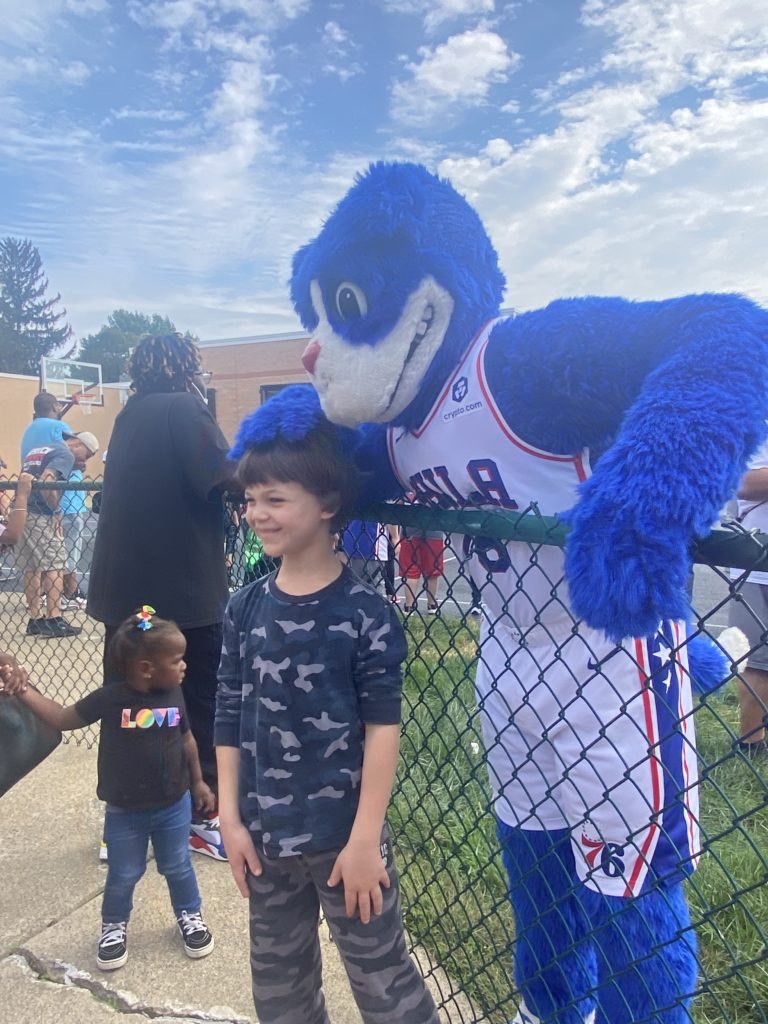 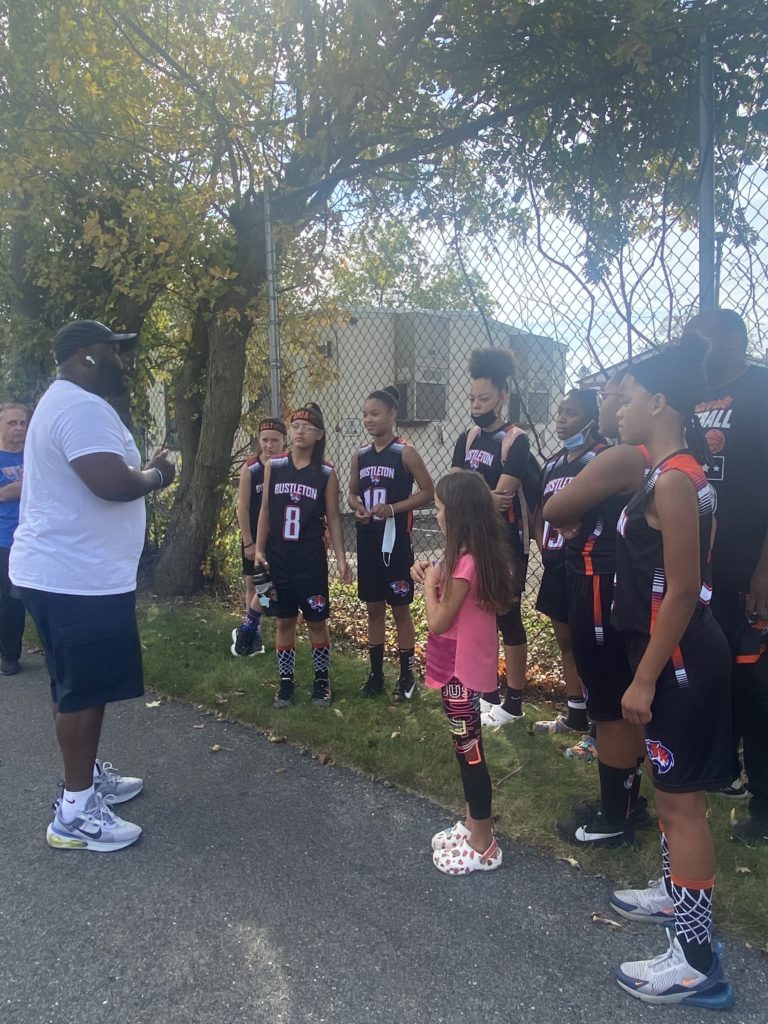 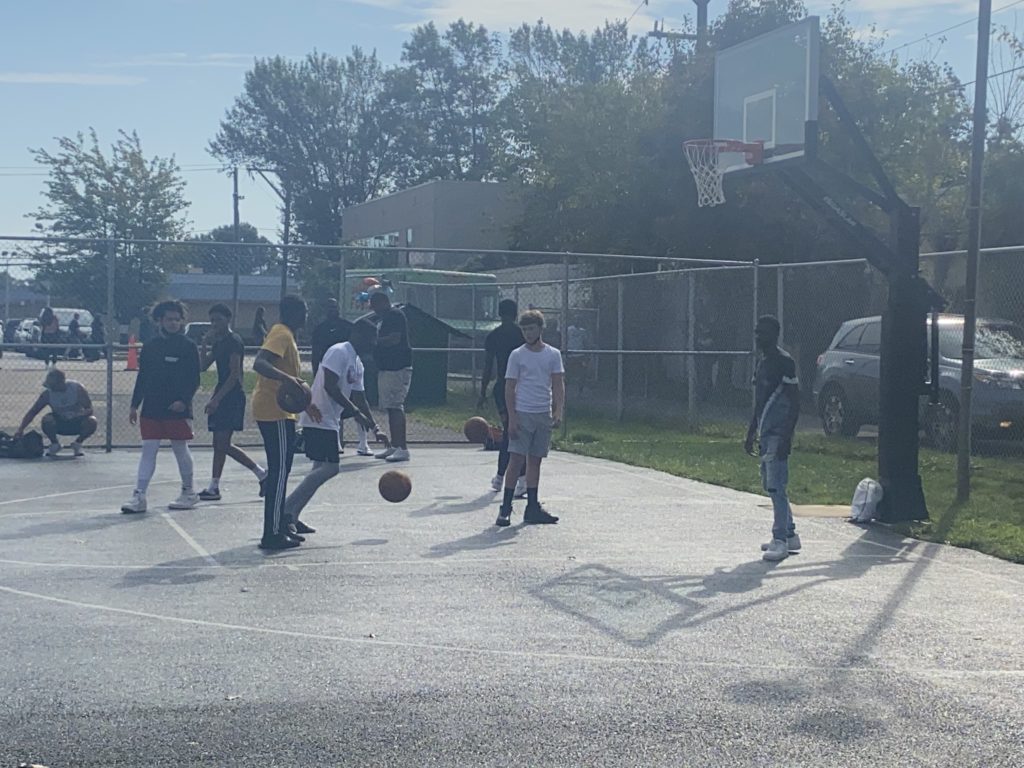