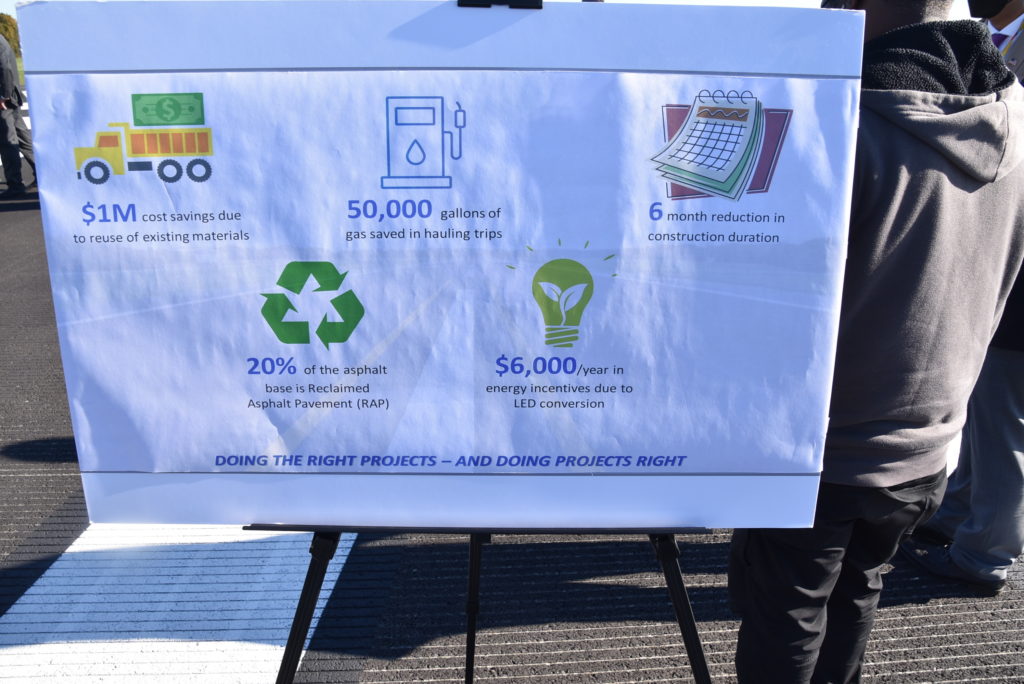 A ribbon-cutting ceremony took place last week at Northeast Philadelphia Airport to mark the completion of 2½ years of renovations to runway 6-24.

Among those attending the ceremony were city Division of Aviation CEO Chellie Cameron and state Reps. Jared Solomon, Joe Hohenstein and Ed Neilson.

The project cost $37 million, with James D. Morrissey as the contractor. The Federal Aviation Administration provided a $19.7 million grant. The state contributed $582,000.

Airport officials celebrated various aspects of the project. The new lighting will save $6,000 a year in energy incentives and $1 million overall due to the reuse of existing materials. Twenty percent of the asphalt base consists of reclaimed asphalt pavement. Some 50,000 gallons of gasoline was saved in hauling trips. The project was completed six months early and during a pandemic.

Northeast Philadelphia Airport provides 3,150 jobs and $500 million in economic impact per year, and relieves traffic at Philadelphia International Airport. Among those that use the airport is Leonardo, the nearby helicopter manufacturer. ••