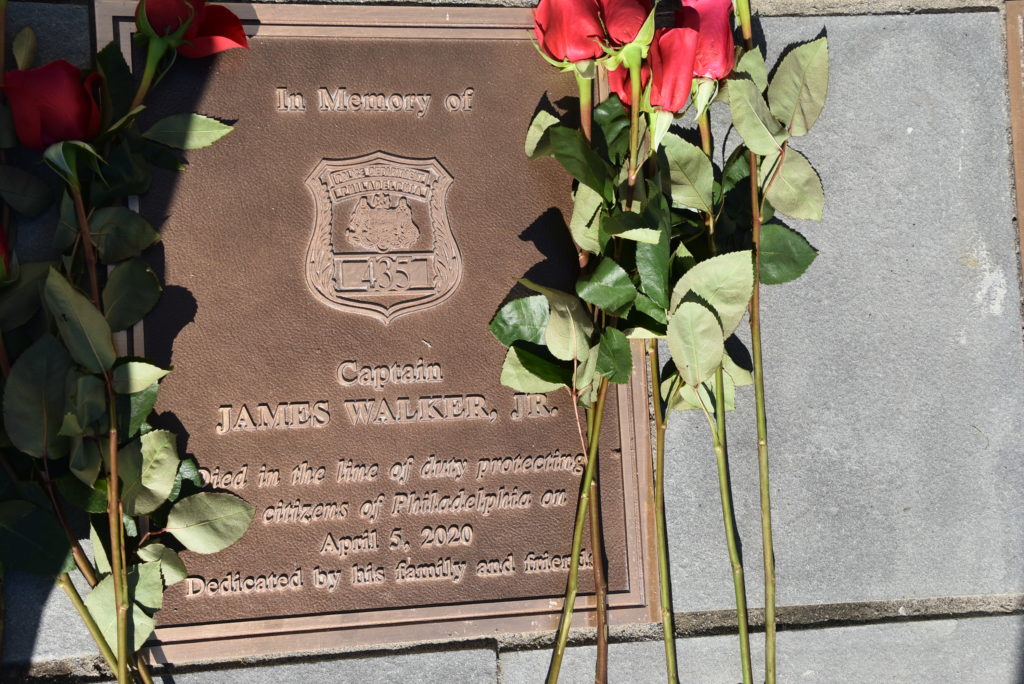 Fraternal Order of Police Lodge 5 last week dedicated a plaque in memory of Capt. James Walker, a Fox Chase resident who died in April 2020 of the coronavirus.

The plaque is outside the FOP, 11630 Caroline Road.

“I’m going to honor and celebrate you forever and, as you can see, so will the city of Philadelphia,” she said.

Walker, who was planning to retire in November 2020, served numerous assignments in his 33-year career.

A luncheon followed the ceremony. ••