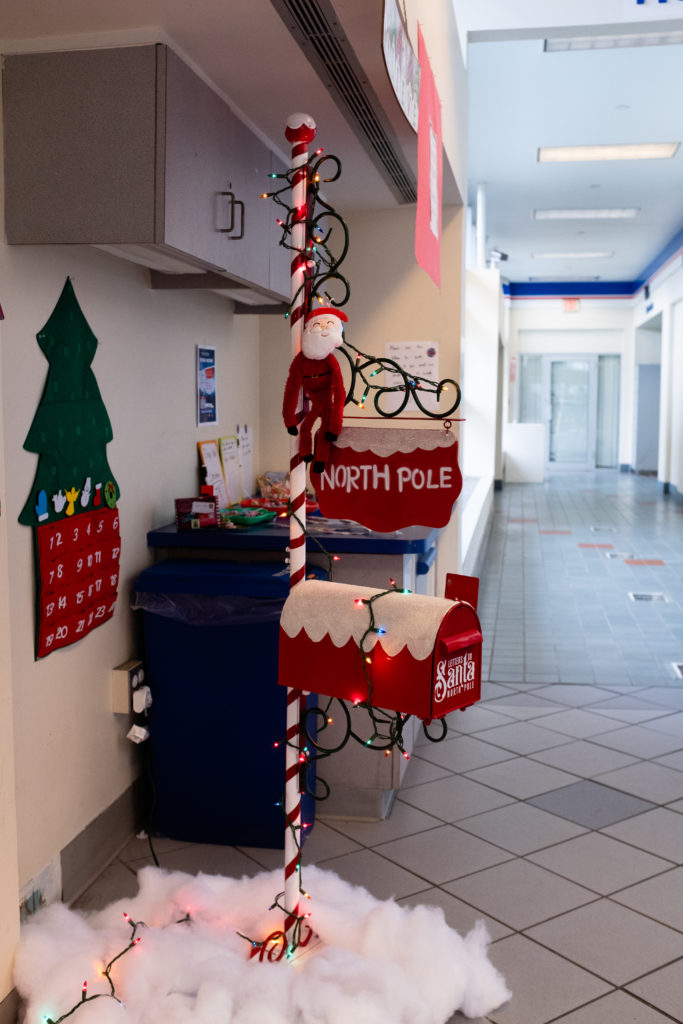 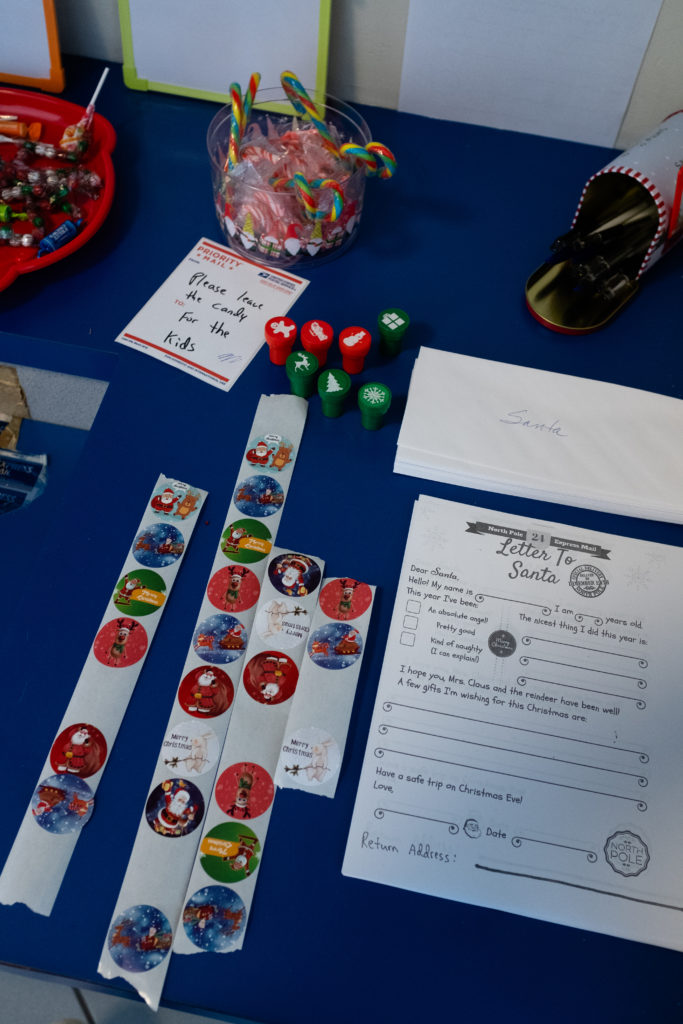 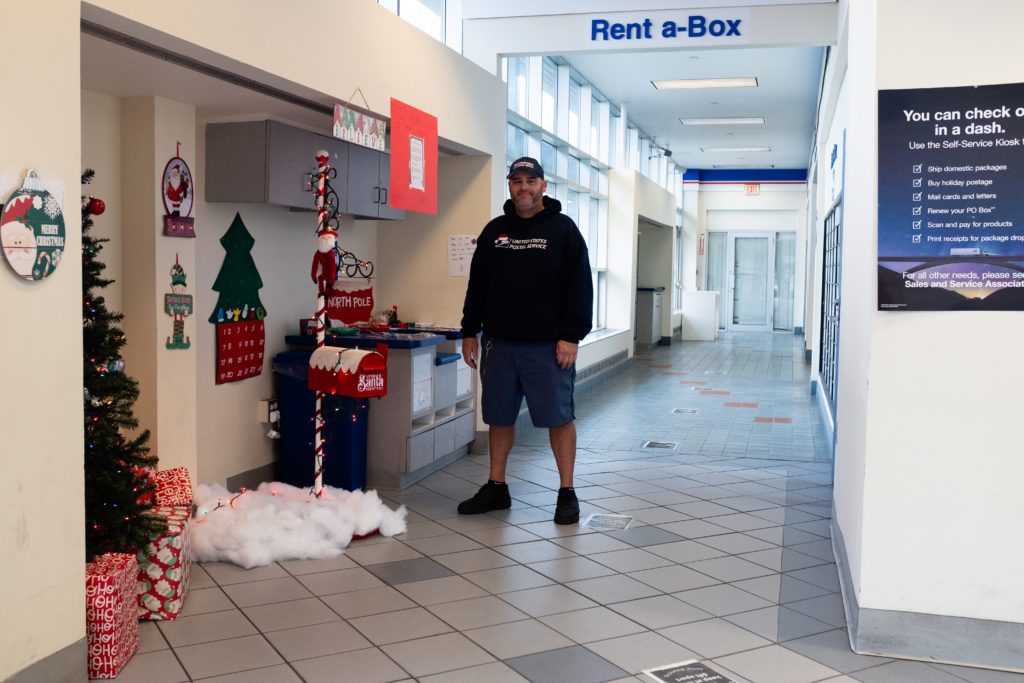 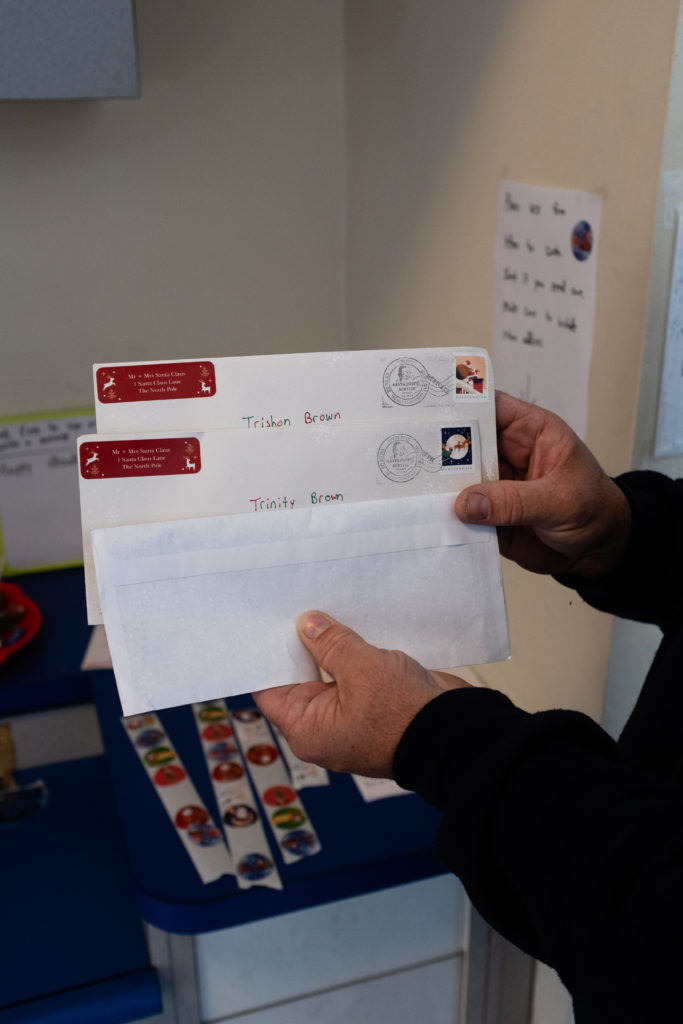 Northeast postman Anthony “Stitch” Picariello is accepting letters on Santa’s behalf in a festive box at the Bustleton post office.

Picariello says he tries to keep stickers, candy and letter templates stocked at the dropbox he decorated. Children can come deposit their letters, and thanks to Picariello, hear back from Santa.

“I wanted to do it last year but the pandemic hit,” Picariello said. “I’ve seen them around and I’ve always thought it was a cool thing.”

Picariello said his 2 young daughters write letters to Santa and expect their dad to deliver it.

“I just came up with this thing, thinking, ‘What better way to mail a letter to Santa than through the post office?’ ”

Once Picariello clears out the box, he reads the letters and replies to them via the return address on the envelope.

“It takes me a couple hours some nights but I have fun doing it. I do it with wax seals, I’m melting candles, I’m getting really into it,” he said.

For Picariello, his job extends beyond delivering mail. He said his on-the-ground relationships with neighbors and community members has an impact beyond packages and parchment, especially during the pandemic.

He recalls kids putting games of tic tac toe in the mailbox for him to play, and said that for elderly residents, he might be the only person they see or talk to all day.

“I see people all the time who talk to me, the kids know me, and you’re not just delivering mail. People look forward to seeing us,” he said.

Picariello was further inspired to give back after he and his wife spent time at CHOP. Doctors found that the family’s youngest daughter would need surgery as soon as she was born, so after the delivery, they spent weeks at the hospital.

“Spending so much time down there, there’s a lot of donations, there’s food, we would sleep over at night in a free room and it’s all through donations,” Picariello said. “So me and my wife said, ‘You know what, we’re always going to give back.’ People helped us out and it just inspired me to always do more and do what I can.”

Picariello is accepting letters for Santa until Dec. 18. He plans to continue to find creative ways to brighten people’s lives.

“I’m the eyes and ears of the neighborhood,” he said. “I’ve got dog treats in one side of my bag and lollipops in the other. I just learned doing it so long that I am part of this community.” ••