Try asking Gianna Grassifulli what her favorite sport is.

You can’t trick her into giving you an answer.

Hey, is it soccer?

Come on, softball, where you can play pretty much any position, that’s it, right?

“Depends on the season, but really I love them all.”

When you’re as good as Grassifulli is at the three sports, you’d probably feel the same way.

Grassifulli is a senior at St. Hubert High School, and she’s not bluffing when she says she doesn’t have a favorite sport. She truly is great at all three of them, and she’s a huge reason for the success of the Bambies in all of her sports.

In the fall, she helped Hubert reach the Catholic League semifinals and led the Bambies to the state playoffs.

Last year in basketball, she guided the team to the top of the Catholic League Blue Division.

And in softball, she started at shortstop and helped Hubert also reach the semifinals and state playoffs.

It’s been quite a 12 months for Grassifulli. But as long as she’s competing in something, she believes her team is on the cusp of something special.

“I thought we played pretty well in the fall,” said Grassifulli, who netted 30 goals during the season. “I’ve always been a goal scorer, but the past two years have been really good. I had a lot of goals last year, but it was a shortened season, so it was different. This year, I just tried to use my size and speed to get opportunities. But it was also my teammates. They were a huge part in what we did this year.”

It looks like Grassifulli will be just as successful this winter as she was in the fall.

The 5-foot-9 combo guard will split time between point and shooting guard on offense, and on defense she’s got the size and strength to battle with the bigger players down low.

She did the same last year when the Bambies had a surprise season, winning all 10 games in the Catholic League Blue Division.

This year, the league is no longer separated into two divisions, so the Bambies will face stiff competition, but they should be in good shape.

Grassifulli is ready and so are her teammates.

“I didn’t miss any practice, I wasn’t able to go to some workouts before the season, I just started going at tryouts,” said Grassifulli, who lives in Torresdale. “That’s one of the good things about playing other sports, you’re always in shape when the next one starts.

“We lost most of our starting lineup, but I think we should be really, really good. We have a lot of young players and only two seniors, but we have a good team all together.”

A team that can learn a lot from their leader.

Grassifulli was named the Most Valuable Player of the Germantown Community Tournament on opening weekend when Hubert defeated Parkway Northeast and the hosts, Germantown Friends. It was a great way to start the season for the Bambies and their top player.

But Grassifulli has even more to look forward to.

She’s been a softball player for as long as she can remember, playing for Torresdale.

Grassifulli doesn’t just work hard during the school year, either.

Last summer, she played all three sports, playing AAU basketball for the Comets, softball for Torresdale and soccer for FC Bucks.

She also worked as a lifeguard at the YMCA and did some coaching and refereeing basketball at Torresdale.

“I like doing both, but I like coaching more, being around the kids and helping them,” said Grassifulli, whose little brother Nicholas follows in her footsteps in soccer. “It was fun. I love being around sports, and the kids were fun.”

Sports will be part of her future beyond high school.

Grassifulli will attend college and will be playing a sport. She’s not sure which one, or which two, but she has her major all figured out. Just as she’s been her whole life, she’s going to be plenty busy.

“I’m going to study premed, but I’m not sure if I want to be a doctor or a surgeon,” said Grassifulli, who maintains a 4.5 grade point average at Hubert. “I’ve always been around sports and I want to help people that have had the same injuries I’ve been around. My dad had a lot of surgeries on his knee, and learning about it interests me. They helped my dad. My parents are my biggest inspirations.”

She’s hoping that inspiration leads to a great end to her senior year in her final two sports.

“I think we had a great soccer season, we made the playoffs and went to states,” Grassifulli said. “It would be great if we could have great seasons in basketball and softball. I think we can definitely be a contender in basketball, and softball should be good, too.” 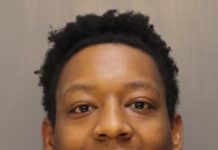