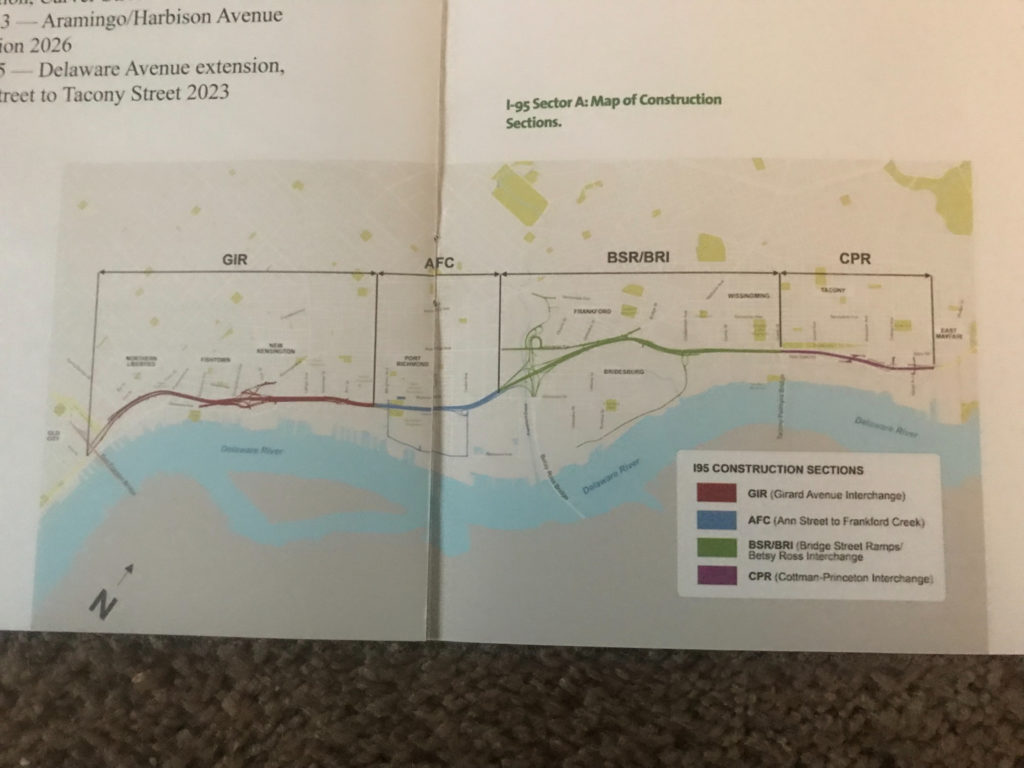 The Tacony Civic Association last week heard an update about the never-ending construction near I-95.

Phase 3 of the project is out to bid.

The phase will feature the return of the southbound on-ramp at Cottman Avenue near State Road; reconstruction of the 7100 and 7200 blocks of Wissinoming St.; and landscaping, security fencing, lighting, painting, signage and anti-graffiti measures.

Eastbound Princeton Avenue, near State Road, will be narrowed from four lanes to two.

PennDOT officials will return to a future meeting once a contractor has been selected.

In other news from the Dec. 8 meeting:

• Stephanie Phillips, executive director of Riverfront North Partnership, said a proposed trail from Magee Avenue to Princeton Avenue will soon go out to bid. Phillips said her group is looking for community feedback for possible riverfront development at Princeton Avenue.

• In crime-related updates, there has been an increase in carjackings in the 15th Police District. On a brighter note, more abandoned cars are being removed. Residents do not believe it would be a good idea to place civilians outside Abraham Lincoln High School to disperse crowds, arguing that many students already ignore cops and teachers and would unlikely listen to a member of the public.

• Stan Cywinski, an aide to City Councilman Bobby Henon, said the office at 6730 Torresdale Ave. remains open. Henon will be resigning sometime before Feb. 22, when he will be sentenced following his conviction by a federal jury.