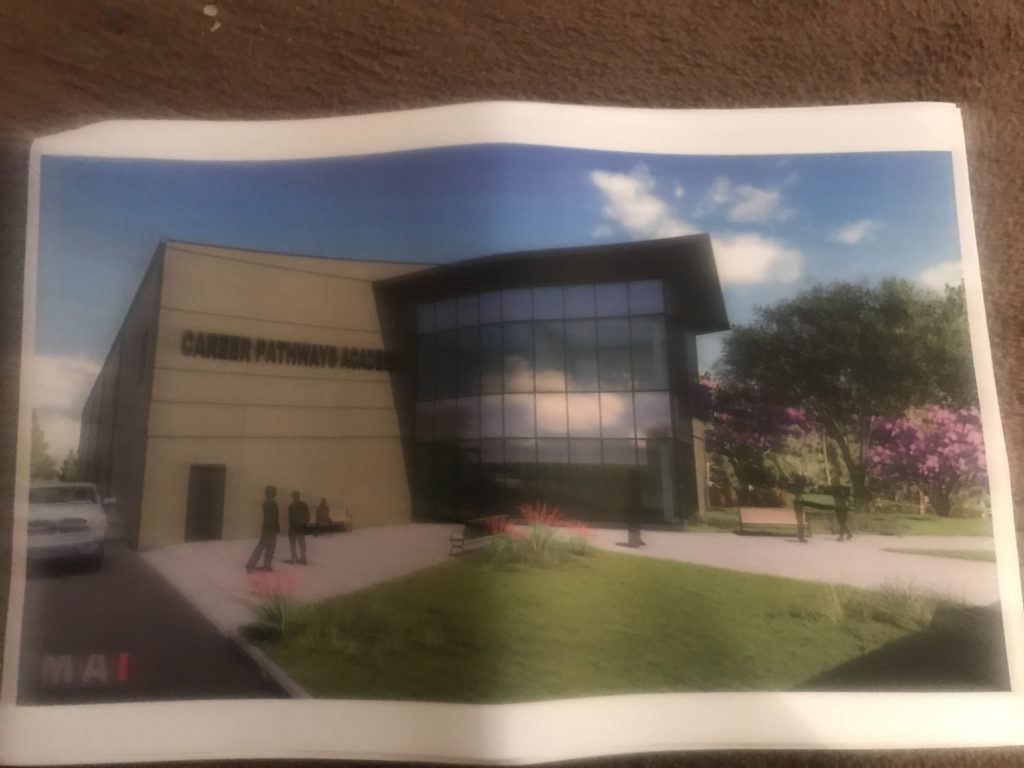 The Holmesburg Civic Association last week voted to OK a proposal by Father Judge High School to build a Career Pathways Academy structure in the rear of the school.

Judge, with an enrollment of 743, is in the process of demolishing a three-story building, with a basement, that formerly housed the Oblates of St. Francis de Sales.

The ground is zoned residential, and Judge needs a special exception to build its career space, which will consist of 19,028 square feet. If approved by the Zoning Board of Adjustment, the construction will add some parking spaces.

Brian King, Judge’s president, said the new building will house the school’s existing welding program, along with other proposed programs — such as automotive (in a partnership with Faulkner) and HVAC.

King said supply chain issues will determine whether the new building is ready for the 2022-23 school year.

In other news from the Dec. 14 meeting:

• The group heard a proposal to build a three-story triplex at 4319 Rhawn St. (at Cottage Street). The property is zoned for single-family housing, though there are other multi-family houses nearby.

The building will be a little more than 30 feet high, with a roof deck accessible by the residents of the third floor. Each apartment will have two or three bedrooms.

Some neighbors expressed concerns about parking, saying Rhawn Street residents already park on Cottage Street, adding that it might not be safe to walk a distance from a parking spot to their house.

The owner and his lawyer agreed to provide lighting and security cameras in the front, side and back of the building.

In the end, however, neighbors voted 9-1 to oppose the plan.

A ZBA hearing is set for March 2.

• Barb Kleschick was re-elected to a two-year term as treasurer.

• John Cambridge, CEO of the Philadelphia Insectarium and Butterfly Pavilion, said he will be hosting an adults-only New Year’s Eve party. For tickets and more information, call 215-335-9500 or go to phillybutterflypavilion.com.