Teaming up for a good cause 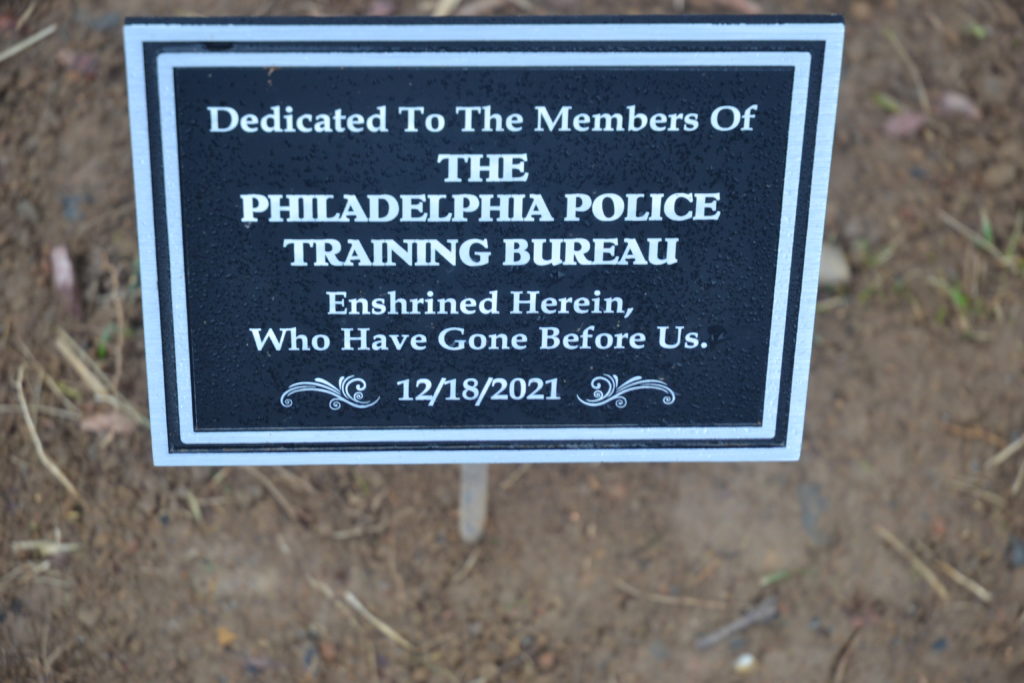 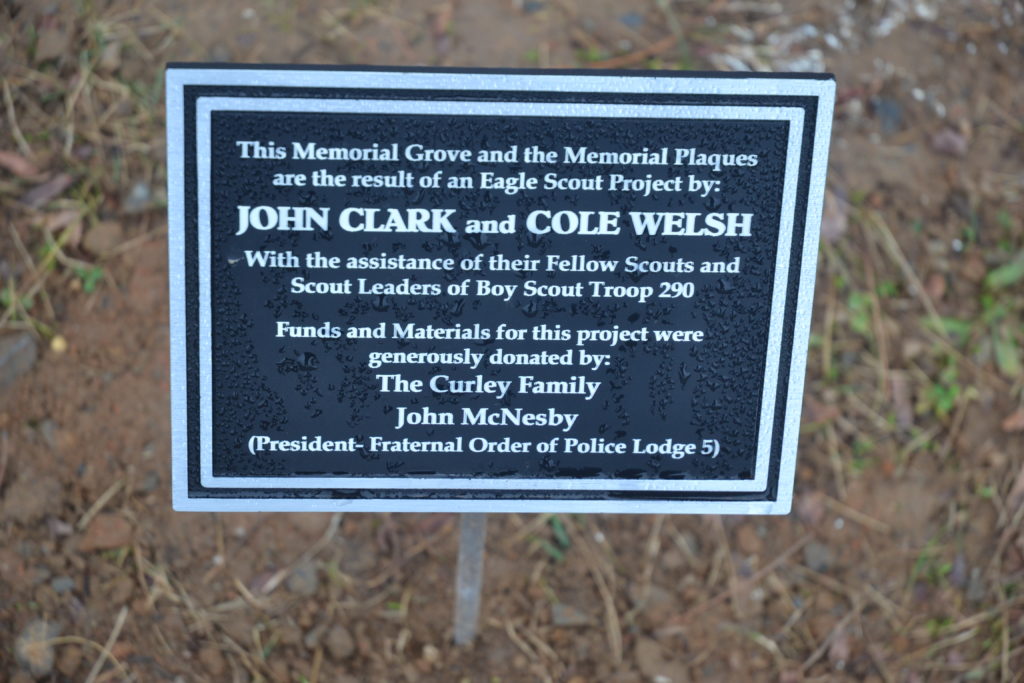 The fathers of Welsh and Clark are both members of the police department. Greg Welsh works in the firearms identification unit. Steve Clark is a captain who commands the center’s recruit training unit.

Steve Clark suggested to his son, 16, and Welsh, 17, that they consider, for their Eagle Scout projects, creating an area to memorialize members of the police Training and Education Services Bureau.

The teens agreed, and their project was approved. There were some outdoor benches and picnic tables at the training center that had fallen into disrepair due to exposure to the elements. Additionally, the benches and tables were located on the grass in the rear of the building, unknown to many of the building’s users.

Welsh focused on the landscaping, creating the memorial grove surface made of pavers, stones, grass and edging, after digging up the hard dirt ground.

Meanwhile, Clark cut and stained new lumber and secured signage. The grove features three picnic tables and six benches, all blue. Each of the benches has a plaque with the department shield and one word of its core values of Honor, Integrity and Service.

There is also a plaque thanking the Curley family and FOP president John McNesby for their contributions to the effort.

Welsh and Clark thank the three dozen or so volunteers who assisted them. The group included family members, Troop 290 Scouts and adult leaders, training center employees and police recruits.

Specifically, they noted the hard work of Michael Pinkl, an adult leader at Troop 290, based at St. Cecilia Parish.

Welsh and Clark, both of Fox Chase, are happy with how the memorial grove looks.

“It’s a great cause to memorialize the officers. It’s definitely better than I expected. It’s great. People can use it now,” said Welsh, adding that he can see it being used as classroom space in nicer weather.

Clark said, “It came together well. I think it looks great. It will be a place for recruits and employees to come together to relax. In the summer and spring, they can eat lunch.”

An Eagle Scout Court of Honor ceremony will be planned for Welsh and Clark, both of whom are active outside scouting.

Welsh, a senior at Father Judge, is ranked second in his class. He is a member of student council, the National Honor Society and the cross country, track and lacrosse teams. He has plans to attend college.

Clark, a junior at Judge, is ranked fifth in his class. He is a member of student council, the National Honor Society and the cross country, track and baseball teams. He is looking at military academies, with his top choices being the Navy and Air Force. ••