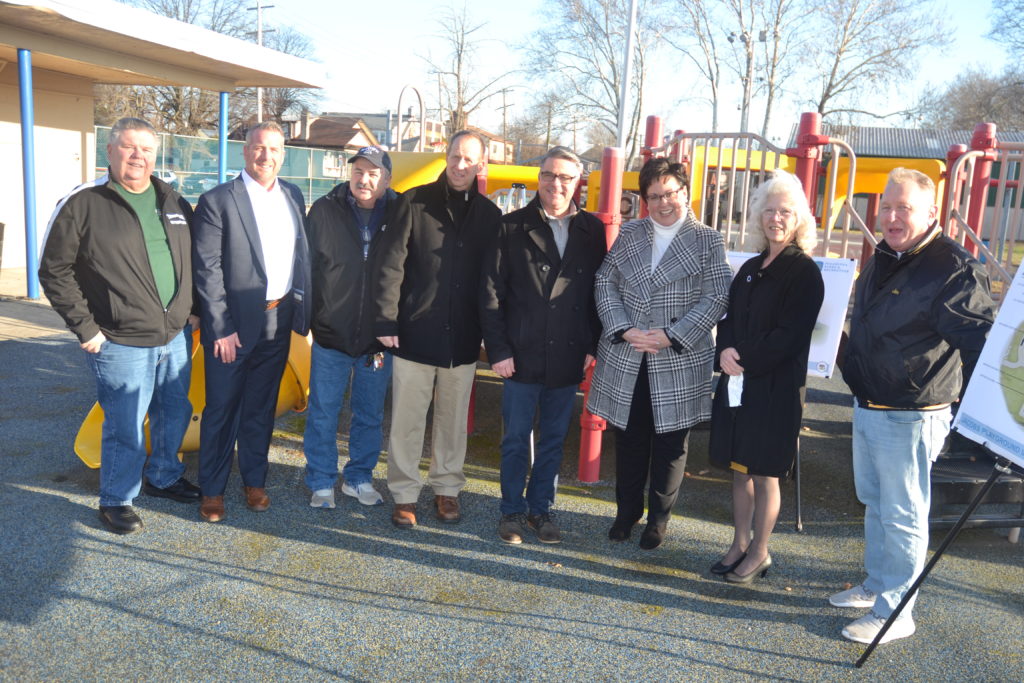 Jacobs, named in memory of slain Philadelphia police officer George Jacobs, will receive almost $600,000 in renovations. There will be new play areas and safety surfacing for the 2-to-5 and 5-to-12 age groups, along with a camera security system and new sidewalks, benches, picnic tables and trash bins.

Mullin, 4301 Princeton Ave. in Tacony, will receive $350,000 in renovations. Two new play structures will replace aging play equipment and safety surfaces. There will be swings, sliding boards, climbers, tree plantings and a “playmound.”

Henon, who resigned a day after the news conference, said the projects will include community engagement before work begins.

Lovell credited Henon, in office for 10 years, for his Philly Play initiative that supplemented the summer camp experience for children.

“He has been a champion and advocate of all things parks and recreation,” she said. “We’re so grateful for his vision and leadership.”

Henon, of East Torresdale, said his children grew up playing at Jacobs, and thanked Lovell for ushering in much-needed improvements.

“This is a great day for Jacobs Playground,” he said.

Henon thanked Torresdale Boys Club volunteers for their efforts in maintaining the site and congratulated them for an increase in their sports registrations. His office and the FOP will work to bring a new plaque honoring Officer Jacobs to the playground.

The councilman said there are lots of young families in Torresdale, judging by how many children were trick-or-treating on Halloween, so he expects the renovated playground to be well used. ••