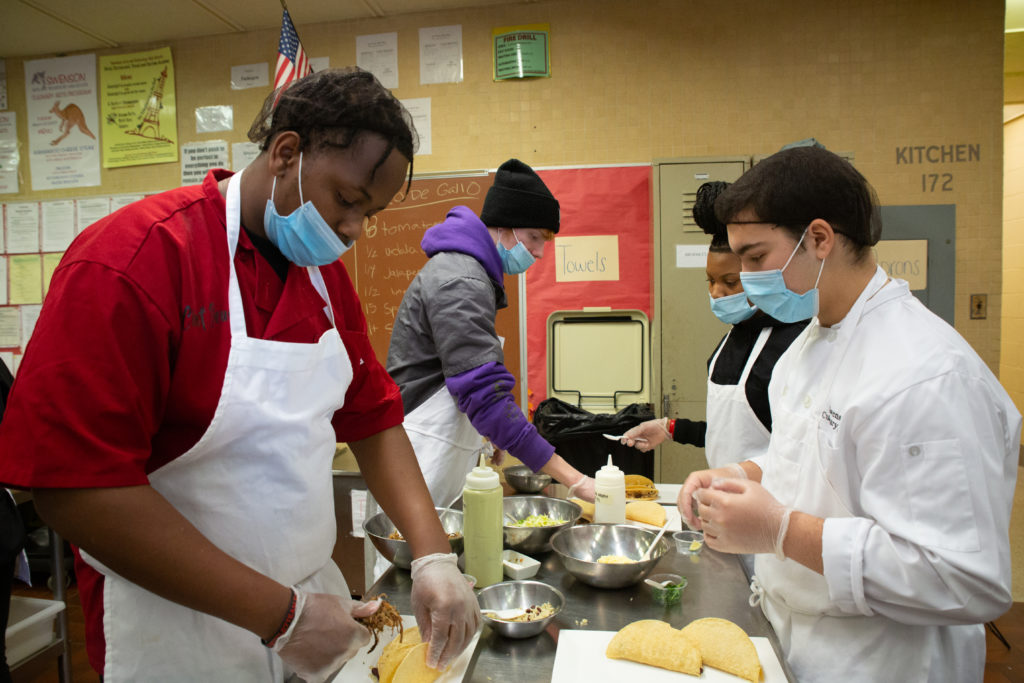 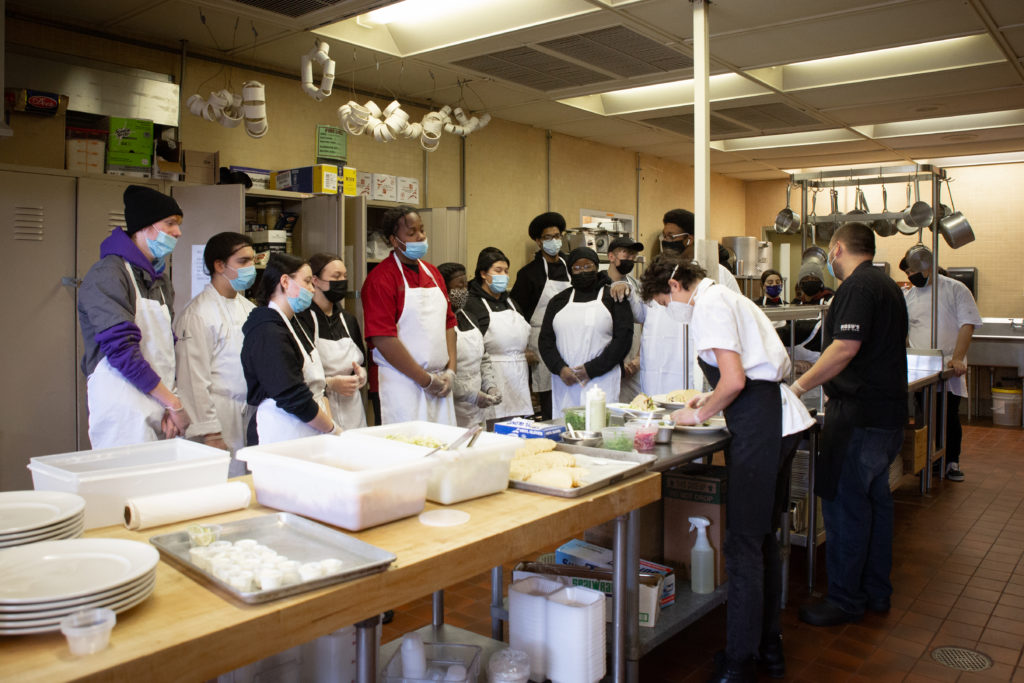 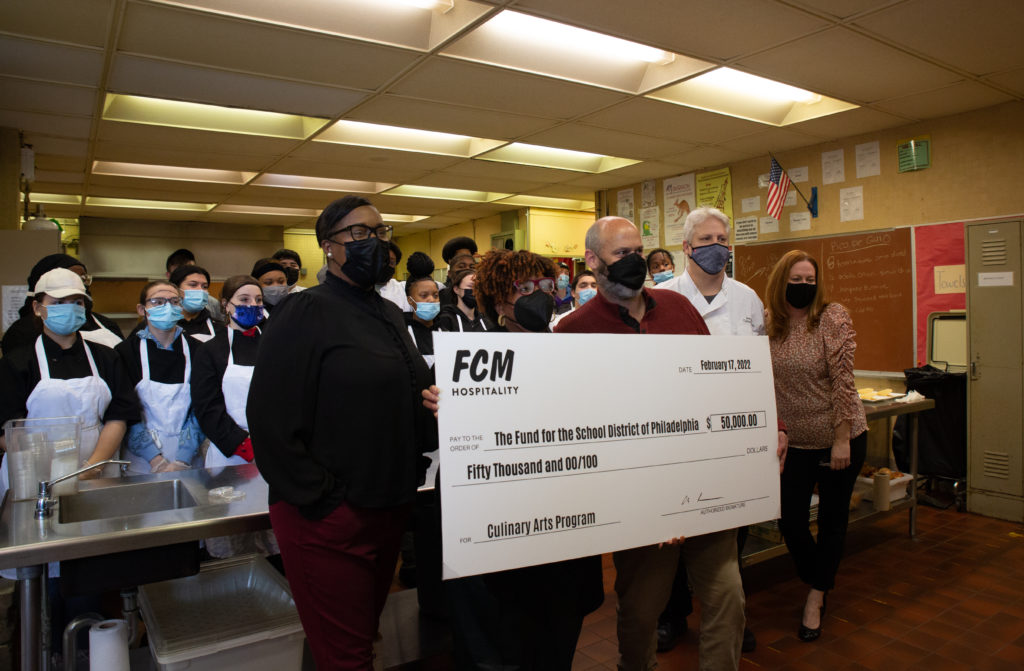 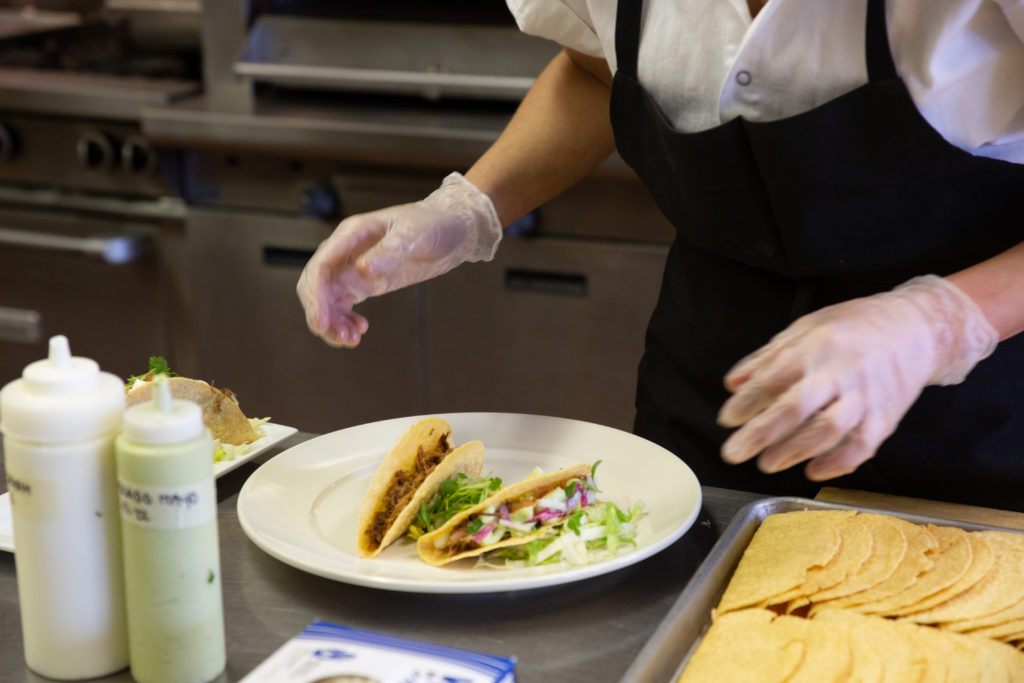 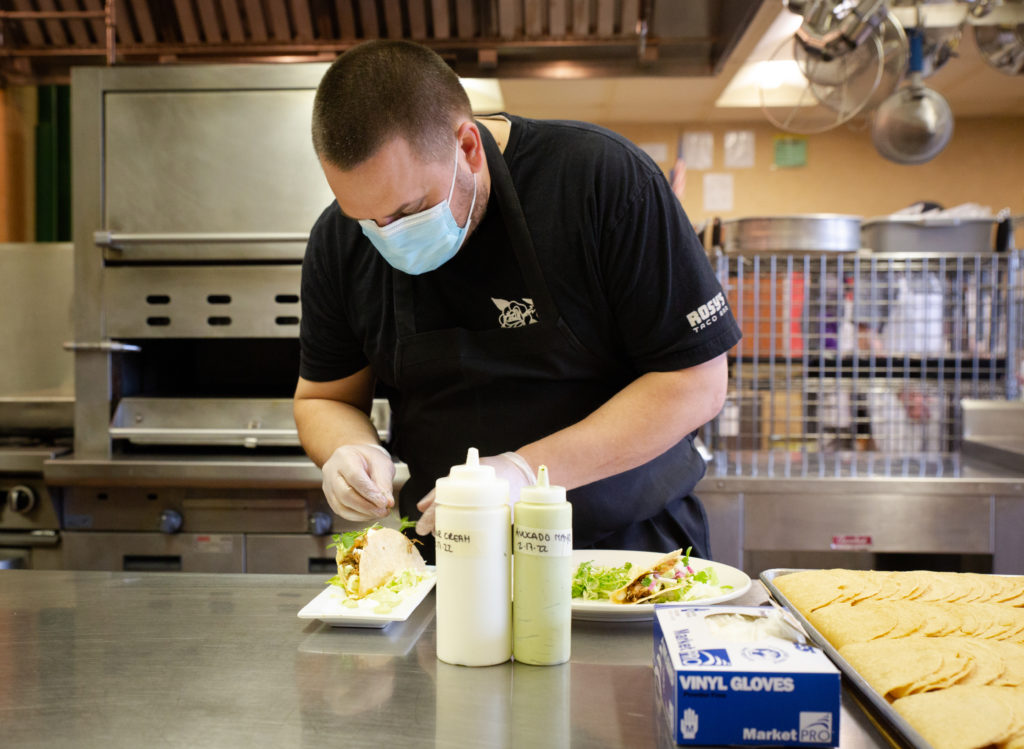 The School District of Philadelphia held an event at Swenson Arts and Technology High School on Thursday to honor a $50,000 donation from Avram Hornik to the district’s culinary arts program.

The event included a large check presentation and a brisket taco meal made by the students. Hornik, owner of FCM Hospitality, donated in response to supply-chain shortages that were affecting the district.

“At the beginning of the year, they started out making bread,” interim principal Judy Haughton explained, “because all they could afford was the flour.”

There are 16 culinary programs throughout the district that will all benefit from this donation, which is intended to fund the programs for the rest of the school year.

Haughton said though her department has been resourceful to make sure that the students were cooking, they weren’t able to make complicated or challenging meals.

Isabella Bouchard, a junior at Swenson and event participant, said she felt that she wasn’t really experiencing the culinary program due to the shortages and subsequent limitations.

“This donation really helped a lot to bring food in so that we can start cooking and start learning new techniques,” she said. Bouchard is most excited to make creme brûlée.

Hornik arranged with local distributors who supply FCM restaurants with food to provide food for Philly schools, as supply shortages made it difficult to not only afford food, but to find it consistently.

Hornik said he felt inspired to help the school district because he sees Philadelphia’s restaurant industry as a deeply important part of the city, and he hopes to see a continuous flow of culinary talent emerging from the city’s schools.

“We kinda feel that Philadelphia should look at the restaurant business like Detroit looks at the auto business, as a huge source of employment and a huge source of pride for the city,” Hornik said.

According to Haughton, the students are responding positively to the donation. She said she’s excited to see the senior projects. Each fourth-year culinary student is tasked with the ordering, prep and cooking of a creative meal.

“Those are the things a donation like this makes possible again. They don’t just join culinary because they want to eat. They want to learn,” she said. “So it’s just amazing and it’s motivating.”