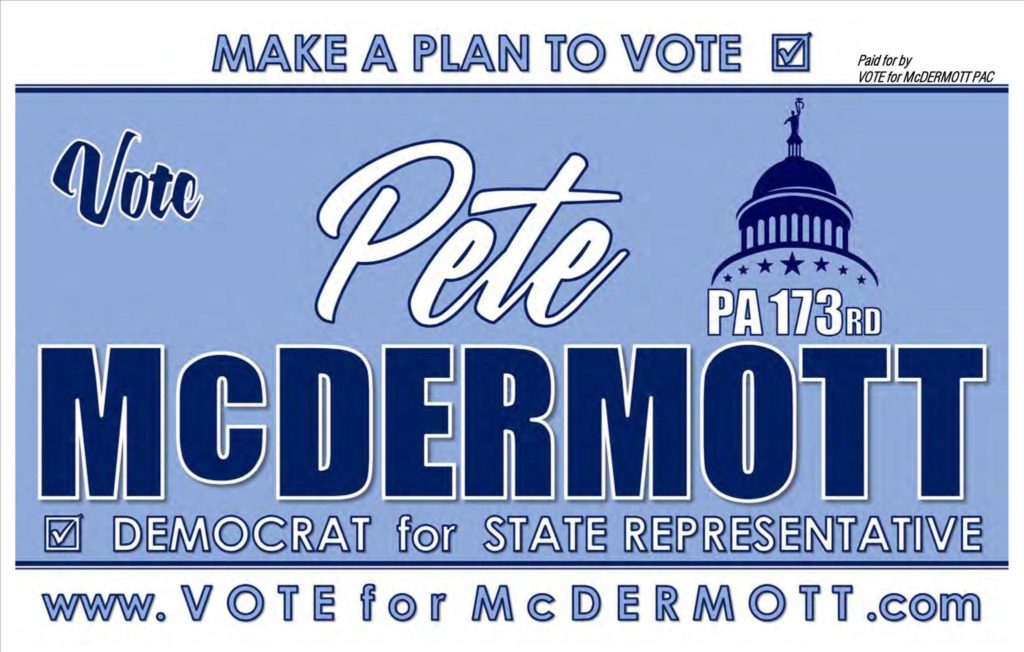 Pete McDermott, a teacher and ward leader from Mayfair, will run in the Democratic primary in the 173rd Legislative District.

McDermott hopes to succeed Rep. Mike Driscoll, who is the Democratic nominee for an upcoming special election in the 6th Councilmanic District.

McDermott figures Driscoll is a big favorite in that race. Republicans have not selected a candidate. An independent candidate is angling to get his name on the ballot.

Driscoll could also run in the primary for his House seat, setting up a matchup with McDermott. Driscoll said Friday that he has not decided whether he will file for the House race. If he doesn’t file, many local political observers expect his chief of staff, Pat Gallagher, to enter the race.

McDermott said he has nothing against Driscoll. In fact, he voted to make Driscoll the nominee in the Council special election.

McDermott has begun knocking on doors.

The primary is set for May 17.

McDermott currently lives in the 177th district, represented by Joe Hohenstein. But a map passed by the Pennsylvania Legislative Reapportionment Commission moves him into the 173rd. There are legal challenges to the map, so it’s unclear when candidates will be able to begin collecting nominating petitions.

McDermott, a husband and father, is a career and technical education teacher at Ben Franklin High School. He’s been a citizen planner since 2012. He assists the Mayfair Civic Association with zoning issues and has also been active with the 15th Police District Advisory Council. Over the years, he has been involved in issues such as opposing construction of a new prison on State Road, developing a community benefits agreement for the new Northeast Community Propel Academy [7500 Rowland Ave.] and helping to organize the Mayfair-Holmesburg Thanksgiving Parade.

McDermott remains concerned about issues at Abraham Lincoln, pointing to the fatal shooting of an innocent motorist who was driving by the school at dismissal last October.

If elected, he would focus on issues such as taxes and the need for good schools to attract businesses to Philadelphia. ••